Mining by nature has large scale and far-reaching potential in social profitability, bringing immense investment and wealth to nations. However, extractive industries often lead to disruptive and destructive outcomes for people and environments.

This is evident when considering the dichotomy of many miners’ climate mitigation efforts. Over recent decades, there has been an increasing move by mining companies to decarbonise their business model and adopt greenhouse gas (GHG) reduction efforts. However, conspicuously absent from these current efforts is direct admission to the risks on people and environments.

The Responsible Mining Foundation, which announced its closure in April, was one of the few organisations directly tracking the progress of policies and practices of companies in extractive value chains on economic, environmental, social, and governance issues.

In its final Responsible Mining Index (RMI) Report, it was made evident that mining companies have failed to account for the human rights of the communities within their mines’ catchment areas, despite progress being made within the extractive industry. In fact, according to data compiled in the RMI, large mining companies had an average score as low as 19% when it came to the human rights-related issues assessed. 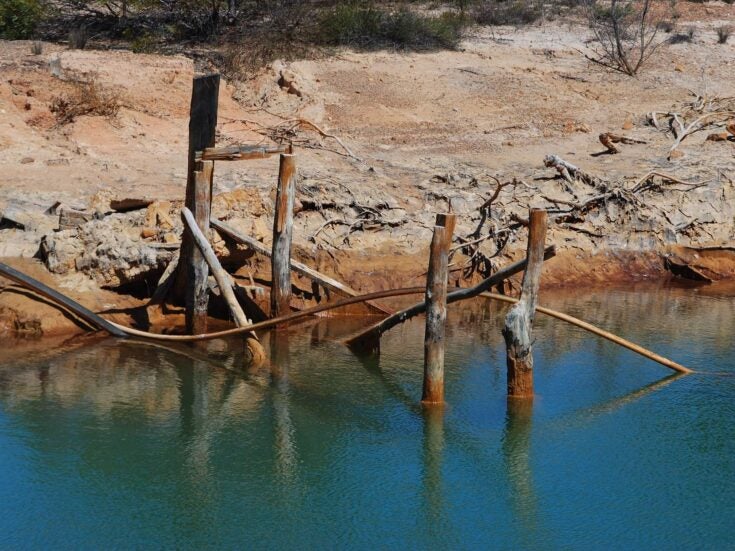 Mining striving to clean up its act with MSAT

Marking its closure, it is prudent to consider to what extent mining companies have employed responsible standards and what solutions exist to ensure that mines become more sustainable, less invasive, and more efficient.

How responsible is the mining sector?

There has been a marked improvement from mining companies in integrating human rights issues in their public reporting. This has been fueled by several high-profile scandals, including Rio Tinto’s decision to blow up the 46,000-year-old Juukan Gorge Aboriginal cave system in May 2021 and the Brumadinho dam disaster at the Vale-owned Córrego do Feijão iron ore mine.

These disasters led to reparations, resignations, and numerous promises. However, according to the 2022 RMI report, some 94% of the mine sites assessed scored an average of less than 20% on the fifteen basic ESG issues. This demonstrates little evidence of companies translating their lofty corporate commitments into action plans, thorough due diligence processes, and tracking the effectiveness of implementation. The result has been much talk but little action on responsible mining.

On the surface, mining companies have set firm targets for scope 1 and 2 GHG emission reduction, many setting 2050 as the point to which they will operate in a net-zero capacity. However, according to the RMF, the majority of assessed large-scale mining companies have not identified or disclosed how climate change may exacerbate their impacts on communities, workers, or the environment.

The findings suggest that miners have focused on appeasing investors and financiers that have become increasingly concerned about financial and reputational risks, rather than paying heed to the wellbeing of local communities and the environment.

Recent case filings by the Navajo Nation on the devasting impacts of uranium mining and the citizens of Bougainville on the deadly legacy of the Panguna mine have brought greater publicity to the detrimental impact that mining has had upon local communities. However, adverse health effects from exposure to contaminants in air, water, or soil; noise from mining operations; or environmental degradation still remain prolific throughout mining operations.

Tailings and the climate

Despite this alarming evidence, mining companies have shown very mixed responses. The RMF’s research reveals that only a handful of companies show evidence of having conducted third-party audits or reviews on the effectiveness of the measures they have taken to address potential risks related to their tailing facilities, including seepage and tailings dam failure.

A number of mining companies have made inroads in improving their ESG credentials. Gold Fields is one of the few companies demonstrating a broader perspective on its climate risk. Their 2020 integrated annual report explicitly mentioned risks to local communities and workers, not just business.

CEO Chris Griffith has publicly stated that: “A key consideration for all our future strategies will be to address the impact of the rapidly changing climate on our business, our employees, our host communities, and the natural environment in which we operate.”

Encouragingly, nearly one-quarter of companies in the 2020 RMI report have increased their scores by 30% or more over the last two years. However, the majority of the biggest improvements have come from the laggards in the industry that are only now putting in place policies to address ESG concerns.

This creates a real risk of carbon washing, with companies simply re-branding through limited action on climate impacts, such as addressing on-site emissions but failing to account for other key ESG performance factors. Additionally, with many mines operating in tougher jurisdictions where accountability and reporting are limited at best, ESG is often undervalued, with little oversight from government and the corporate leadership.

Mining has the potential to innovate and support a more sustainable future. Companies can do this through a range of deliberate actions to ensure that mines remain environmentally sustainable and provide social profitability to the local communities.

Firstly, by maximising value and minimising waste. Efficiency is a key component of a mine’s sustainability and success. In taking the two-pronged approach of reducing inputs (such as diverting surface water and pumping groundwater or using alternative energy sources like solar or wind) and reducing outputs (using cleaner production techniques and reusing mine waste and by-products), mining operations can maximise their efficiency and sustainability.

Secondly, striving towards zero-footprint mines should be a prerequisite. By electrifying the mobile fleet; increasing remote operations, smart tracking, and optimised extraction methods, much of the environmental degradation seen in mining operations could be avoided.

Lastly, empowering and supporting communities in closing and reclaiming mine sites. Even after the closure of a mine, it can present significant harm to surrounding communities and the environment, as processing often uses harmful chemicals. The easiest way to avoid this is proper site planning to minimise disturbance. Additionally, renewable energy deployed to power the mine can be subsequently left and used for local power generation, supporting nearby communities.

It is evident that numerous means exist to miners to become more responsible, however with the closure of the RMF and stunted action from the majority of miners on these issues, it is doubtful that over the next 5 years there will be a marked improvement.