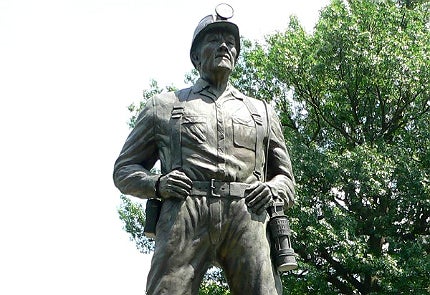 In the aftermath of shocking mine disasters such as the 2010 methane explosion at the Upper Big Branch Mine in West Virginia, US, which claimed the lives of 29 miners, governments and regulators understandably refocus on health and safety laws.

Questions are asked about the strength of regulatory regimes and the enforceability of those standards in an industry that tends to place top priority on relentless production. The focus is almost invariably placed on how to prevent large-scale disasters from happening again, and rightly so.

For the friends and relatives of the victims, however, the prospect of regulatory reform and tougher enforcement practices can provide only scant comfort. For them, any reform would come far too late, and for many the only true resolution comes in seeing meaningful prosecutions of the companies and individuals who may have flouted the law by prioritising production over worker safety.

As Mark Moreland, a representative of the families of two miners who died at Upper Big Branch, said in late 2011: "When the individuals who caused the atmosphere that caused this disaster are held responsible, then [families] will believe justice has been done."

With the complex nature of mine disaster enquiries and the deniability of many higher-ranking company executives regarding on-site safety violations, investigations into mining tragedies are generally ill-suited to providing relatives with the closure they seek.

Investigations and official reports into mining incidents might lead to financial penalties and compensation to bereaved families, but criminal convictions of responsible parties are rare, and jail time rarer still. According to NPR, before the Upper Big Branch case, no mining company officials above the mine superintendent level had been charged in mine safety cases since 1992.

"It is hard to imagine a case in the last decade where corporate criminal prosecution was more warranted."

Former US attorney Kendall Coffey highlighted the difficulty of proving wrongdoing at the highest corporate levels in a February 2013 interview with Associated Press.

"It’s historically been difficult to move to the top of the pyramid," he said. "Typically a chairman or CEO has multiple layers and relatively few fingerprints on the operational issues that directly cause a tragedy."

In the US, the general precedent when investigating mining disasters has been for financial restitution, and for long, drawn-out legal processes. It took until March 2012 for criminal convictions to be achieved regarding the 2007 Crandall Canyon Mine collapse, which killed nine miners and rescue workers.

Those two convictions, brought against the mine’s operator Genwal Resources, were based on the operator’s agreement to plead guilty against two misdemeanour charges for failing to report the incident to federal authorities within 15 minutes and for breaches of approved roof control plans.

This agreement allowed the company to essentially plead guilty while externally denying any wrongdoing. According to a statement released by the company’s lawyers: "Significantly, the agreement reflects the lack of evidence that any conduct by the company caused the accidents." The company was fined $500,000 as a result of the convictions.

The investigation into a 2006 fire at the Aracoma mine in West Virginia, owned by Massey Energy (the company currently being investigated over the Upper Big Branch explosion), also failed to climb the corporate ladder as it probed the underlying cause of the deaths of two workers.

Prosecutors in the case made another plea deal, this time accepting a guilty plea from Massey’s subsidiary Aracoma Coal for ten mine safety violations resulting in $4.2m in criminal and civil penalties. In return, the US Department of Justice agreed not to prosecute parent company Massey or any of its officers.

Meanwhile, four foremen at the mine were convicted of safety violations but spared jail and fined a total of $7,000. Bruce Stanley, attorney for the victims’ families, said at the time: "The true culpability in this matter rests in a higher position of authority than the four gentlemen in this courtroom."

Up until relatively recently, the protracted investigation of the Upper Big Branch disaster seemed like it was going to follow the familiar course of deals, financial penalties and no prison sentences. In December 2011, Massey Energy’s new owner Alpha Natural Resources agreed to pay $210m in fines, compensation and safety investments, while protecting Alpha and Massey from corporate criminal charges.

"For relatives of the victims, the prospect of regulatory reform provides scant comfort."

This non-prosecution agreement was particularly shocking to critics, who have cited the rampant culture of deception and recklessness that pervaded Massey’s Upper Big Branch operation leading up to the April 2010 explosion. Persistent health and safety violations were summarised in a December 2011 report by the US Mine Safety and Health Administration (MSHA), which identified more than 300 safety infringements at the mine, including 12 that contributed to the cause or severity of the catastrophe.

In an interview with the Corporate Crime Reporter in April 2013, the former head of the US Department of Justice’s Environmental Crimes Section David Uhlmann warned against the trend for these corporate deferred and non-prosecution agreements, especially in a case as devastating as Upper Big Branch.

"It is hard to imagine a case in the last decade where corporate criminal prosecution was more warranted – indeed, essential to the rule of law – than the Upper Big Branch mining disaster," Uhlmann said. "The nature and seriousness of the violations could not have been greater – Massey’s wilful violations of the mine safety laws resulted in 29 deaths and the worst mining disaster in the United States in more than 40 years. On that basis alone, criminal prosecution would have been warranted. Massey also engaged in a deliberate, long-standing, and deceitful effort to thwart the mine safety laws that were enacted to prevent exactly this kind of tragedy.

"If it was not appropriate to prosecute Massey for its crimes, it is hard for me to envision when criminal prosecution of any corporation would be warranted."

Despite Massey Energy’s deal rendering it immune to criminal prosecution as a corporate whole, bereaved families might have been somewhat cheered by other developments in the case. Alpha and Massey’s non-prosecution agreement did not prohibit the Justice Department from targeting individuals, and this seems to be a line that prosecutors have been aggressively pursuing for several years.

The conviction of Upper Big Branch Mine’s former security chief Hughie Stover in October 2011 provided more revelations about the lax safety attitudes and culture of deception among Massey Energy and its subsidiaries in the months and years leading up to the disaster.

Stover, who was sentenced to three years in prison in February 2012, was convicted of deceiving investigators and attempting to destroy records during the investigation of the disaster.

Ex-mine superintendent Gary May was sentenced to 21 months in prison for similar offences, including disabling a methane gas monitor and falsifying records; indeed, it has been revealed that Massey maintained two sets of books – an honest one for internal use and a ‘cooked’ book to present a rosier picture to MSHA.

Moving up the corporate ladder

"May was sentenced to 21 months in prison for disabling a methane gas monitor and falsifying records."

Perhaps the most important conviction in the case so far has been of David Hughart, the former president of Massey Energy subsidiary Green Valley Resource Group. Hughart pleaded guilty in February 2013 to participating in an ‘early warning’ system that notified underground miners when MSHA was about to carry out surprise inspections. He will be sentenced on 1 August 2013, and faces up to six years in prison along with a fine of up to $350,000.

Hughart’s conviction is important in itself, as he represents the highest-ranking official to be successfully charged in the case. But his apparent co-operation with federal investigators and his statements in court have raised the possibility of bringing charges to the very peak of Massey’s executive structure; namely former CEO Don Blankenship.

During Hughart’s hearing, he was asked if anyone had given an order to carry out advance warnings of inspections. His simple response was: "the chief executive officer", Blankenship’s position at the time. The former CEO has also previously testified to his micro-management of Massey’s mining operations, potentially making him more vulnerable to allegations.

Meanwhile, Hughart’s wife Karen Hughart accused Blankenship of fostering a threatening atmosphere if executives did not tow the line. "Don called the office and at home," she has said. "Anyone that did not comply was threatened. We lived under fear."

Still, actually proving the truth of any allegations against Blankenship, who has not been charged with any wrongdoing, will be difficult for prosecutors. Hughart could be accused of cooking up false allegations in order to curry favour with the authorities, as Blankenship’s lawyer William Taylor pointed out after the hearing. "We are not particularly concerned about Mr. Hughart’s statement," he said. "It is not surprising that people embellish or say untrue things when they are attempting to reduce a possible prison sentence."

Large punitive or compensating settlements, so the argument goes, act as an effective deterrent for mining companies, forcing them to improve their safety systems or face potentially debilitating fines. However, given the revelations about Massey and the several major US mining disasters that have taken place in the last ten years, it’s impossible to argue that financial punishment has been a wholly effective scarecrow, especially when companies feel they can game the MSHA system.

Perhaps the US Justice Department’s more proactive pursuit of officials and executives on criminal charges will prove a truer preventative measure against rogue operators that flout safety laws to achieve higher production levels. Even beyond the deterrent effect, it seems only moral that company officials who wilfully disregard or actively endanger the lives of their co-workers be prosecuted to the full extent of the law, whether they are standing at the coal-face or sitting in the boardroom.

3D Laser Mapping has embarked upon a research project with Durham University to develop an important solution that will predict slope failures in mines.

The Latin American mining sector has experienced a huge boom in the last decade, bringing with it economic development and improved GDP.