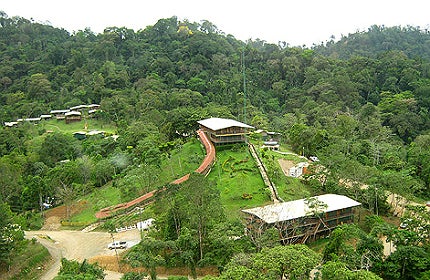 During the past decade, Latin America has witnessed huge growth in mining operations, with the value of mining in the region tripling from $90.1bn in 2001 to $305.8bn in 2011.

In 2011, in fact, according to advisory firm KPMG, Latin America was the world’s leading region for mine exploration, attracting 25% of global expenditure, mostly in Mexico, Chile, Peru, Brazil, Colombia and Argentina.

This huge increase in investment in the Latin American mining sector has largely been driven by three factors – the decreasing availability of quality resources in other regions, increased political stability in Latin America and the region’s attractive commodity prices – and has had huge economic impacts on many Latin American countries.

Chile, a traditionally mining-friendly country, for example, has experienced a steady growth rate of two to five percent each year during the past ten years. This has not only had direct effects, such as the development of new and existing mining projects, it has also indirectly impacted the country in many other ways, including increasing export capacity, the creation of new jobs and the incorporation of advanced technology.

Similarly, in Peru, where total mining investments are projected to reach $52bn by 2016, according to a report by professional services firm PwC, the impacts will go far beyond the mining sector itself.

"President Humala is working very hard to distribute the mining wealth across the country to regions in need and not have it ‘enjoyed’ only by those around the mines," said John Gravelle, mining leader for the Americas at PwC.

"Latin America has witnessed huge growth in mining operations, with the value of mining in the region tripling."

Along with these economic benefits, however, have come many socio-economic challenges, including competing agendas between national governments and local communities and issues around expropriation.

"In most countries, communities feel that the government attracts mining investment without consulting local opinion about what they would like local development to look like," explained Alejandra Martin, manager of advisory services at consulting and research firm BSR, which works with businesses to help them become more sustainable.

"Many of these places are relatively isolated and the social and environmental impacts of industrial scale mining are not properly assessed or communicated to the communities."

Gravelle adds that communication problems like this have led to the eruption of many protests against mining.

"Violent opposition in traditionally mining-friendly jurisdictions, namely Peru and Chile, pose a risk to a decade-long mining boom," he emphasised, noting that similar situations have arisen in other countries too, most notably Bolivia.

For example, although, in 2010, South American Silver worked hard to secure the approval of 46 indigenous groups living near its mine in Bolivia, eventually bringing 43 onboard, the remaining three continued to oppose the project, prompting protests that led to one person being killed, six injured and hostages being taken.

Following the clash, the Bolivian Government felt that the only response was to nationalise the mine. But, this course of action led to other problems, most significantly a huge drop in share prices from $1.02 to $0.37 in a matter of days and reduced interest from foreign investors.

Other countries – namely Argentina and Venezuela – that have nationalised mining operations have become similarly unpopular with investors overseas, according to Gravelle.

Other socio-economic challenges the Latin American mining sector faces revolve around manpower, or the lack of it, according to KPMG’s head of mining for Brazil, Eduardo Martins.

"Currently, there are great difficulties in attracting technicians to remote regions where the exploration takes place and, in addition, the technical courses are too long," he noted. "In smaller and less populated countries, the difficulties in obtaining a certain number of employees are also an impediment."

"Gravelle adds that communication problems like this have led to the eruption of many protests against mining."

"Open pit mining will create large holes the size of several football fields on the ground where mountains used to be," Martin said. "And, as for rainforests, land clearing will have negative impacts on forest cover, the biodiversity that lives there and the people who depend on those forest resources for housing, food, medicine and cultural needs.

"Mining companies operating outside of the law will also dump waste into the rivers to avoid handling and transporting those substances to safe deposits."

While Latin American environmental regulations are among the best in the world according to Martin, particularly since Rio92, the real challenge comes in upholding their strict environmental legislation.

"The environmental ministries do not have large budgets or enough qualified personnel to review and verify all environmental reports," she explained.

"Many governments will impose fines, but sometimes those fines are negligible and insufficient to make a company change its practices. Moreover, there aren’t enough environmental trusts to address environmental issues after a mining company closes its mine and leaves."

How to ensure the sustainable future of Latin American mining

The growth of the Latin American mining sector shows no sign of slowing, with Colombia and Brazil in particularly good positions.

"Colombia is ripe for a boom, but they have had very little exploration done because of security issues and they are also in a reform," Gravelle explained. "If they figure things out from a business and safety perspective, they will experience great growth in the next few years, as many top notch assets are located in Colombia."

Brazil, too, is in a good spot, largely because of new mining legislation, set to be approved by the government this year, which will include the creation of a special regulatory agency for the mining industry.

"This will be a significant step for the industry as it will make the process more transparent and faster," Martins said. "As soon as Brazil has its mineral activities regulated, it will resume them in the international arena at maximum capacity."

The challenge for both of these countries, and the rest of Latin America, is ensuring that the fast-growing mining sector develops sustainably. And, while improvements in bureaucratic systems and environmental regulations, such as those under development in Brazil and Colombia, are absolutely key, mining companies, too, need to take some responsibility.

"Companies need to understand the socio-political landscape in which mining permits are being issues, as well as who their neighbours are. You have to go beyond legal compliance and reach out to communities, social movements and other stakeholders to ensure that you are listening to their opinion and not only dealing with the political elite to get the permits," Martin stressed.

"Having a good social impact management plan will provide you with a clear roadmap on how to navigate construction timeframes and community expectations timeframes," she noted.

"I would strongly recommend companies to meaningfully engage with the host communities where they intend to operate.

"Often, companies underestimate the time that it takes to build trust and ensure that communities understand the potential impacts of the operation. It is not always about money and throwing money at people to make them happy is not sustainable."