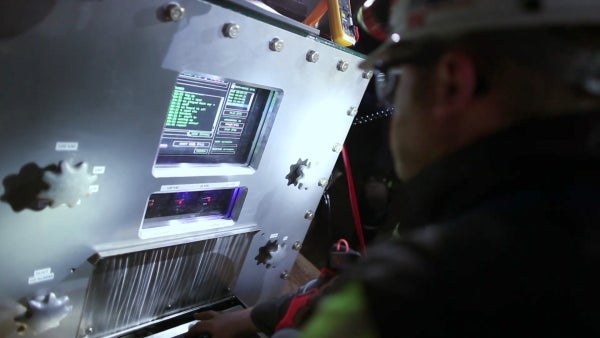 Despite improvements in health and safety regulations and technological innovation, underground mining still remains one of the world's most hazardous environments. When accidents happen, the rescuers' main goal is to locate trapped miners.

But wired communication systems are prone to damage in flooding, fires and collapses, or are too dangerous for the use in the often highly explosive surroundings once ventilation is turned off.

"Currently there is no wireless system out there that would be capable of providing the amount of data that's involved in daily mining operations."

In the 2010 Chilean coal mine disaster, it took rescuers two weeks before communication was made with the 33 miners trapped deep underground. In response to some of the recent mining accidents, Lockheed Martin has developed a post-accident wireless communication system, the MagneLink.

In July 2011, the wireless technology received regulatory approval by the Mine Safety and Health Administration (MSHA) in the US, and the first five evaluation applications have now been installed in underground mines throughout the country. The first commercial wireless systems are expected to go online by the end of May 2012.

Warren Gross, Lockheed Martin's programme manager for the MagneLink communication system, explained how the wireless technology works in underground mines, how the post-accident system could influence day-to-day mining operations and what wireless technologies we can expect to see in the future.

Elisabeth Fischer: Lockheed's MagneLink has been developed in response to several mine accidents. Why is there the need for wireless communication systems in the mining industry?

Warren Gross: The main reason why Lockheed Martin got into developing MagneLink was because of a retired employee. He knew some of the miners trapped in the 2006 Sago blast in West Virginia. He really pushed the company to find a solution and develop a post-accident communication system.

In general, the mining industry uses well-developed wired communication systems but one of their shortfalls, identified after a couple of these incidents, is that if you have an explosion or an accident there's a very good chance those wires will be cut or that the ventilation is turned off. If they're not approved for a gassy environment you actually have to turn off the system to not ignite any gases in the mines.

After 2006, the US Mine Safety and Health Administration (MSHA) published regulations requiring the development and use of wireless communication devices that would survive an accident or a blast. Based on that, we came up with this approach for the magnetic communication system.

EF: How does MagneLink work and what are its main components?

WG: The system is essentially what's known as a software-defined radio, which means it's a computer that generates radio communications. However, unlike most other radios we use magnetic waves instead of radio-waves. We generate a signal and send it through a loop that's wrapped around a pillar in the mine. When you send the signal through a loop of wires it creates a magnetic moment or a magnetic field. That magnetic field essentially creates a bubble of magnetic energy which rises to the surface.

On the surface we have another antenna, called inductor. The magnetic waves induce a current into that device and that current is detected by our radio software on our surface computer, which then decodes the messages which were encoded in magnetic waves. It's fairly well-developed system.

We can send text and voice communications. Text is near real-time - it's nearly the same as sending text messages on a cell phone. Our voice messages are just like satellite phones: you talk, the data is recorded and when you're finished talking it is transmitted up through the earth. 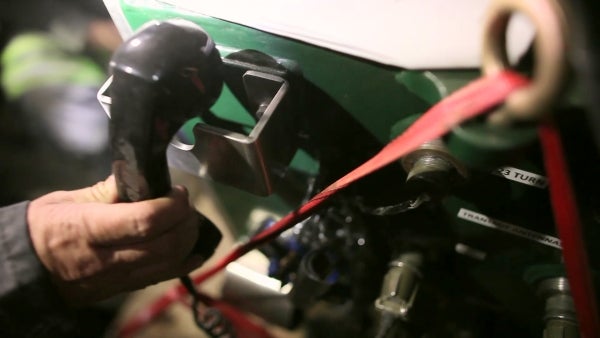 EF: How secure is the signal transmission when it's a wireless system?

WG: There's certainly a range limit, which means the signal is attenuated as it travels through the earth. There can be a number of factors which can cause that but the biggest factor is range. The signal is reduced over range, not quite as much as sound or radio-waves, but it's definitely reduced.

We have however demonstrated fairly consistently ranges of 1,500ft through solid rock of voice communications and approximately 2,000ft for data communication and text. That's what we would consider as the working range of the device.

EF: What goes into installing a wireless communication system in an underground mine?

WG: That's the beauty of this system: it's fairly simple. It consists of two antennas, the transmitter and the receiver antenna for each unit, and then the manual, which we call the transceiver.

"We tried to design MagneLink to be as simple as possible, a factor that is especially important in emergency situations."

So we have three devices: one is essentially a spool of wire, the other one is a small box of about a third metre by a third metre, and then we have another large transceiver, which is about a metre high and a metre wide and half a metre deep - that's the whole in-mine unit.

Recently, we did a mine installation in Illinois, where we arrived at the mine with our equipment at 11 o'clock in the morning. We went down the mine, installed and tested it and we were done by about 1.30pm. The great aspect of the technology is that it's a stand-alone system, it does not require any infrastructure, it's easy to install and as it's adopted by the industry it will provide a reliable communication system in emergency cases.

Also the use of the system is quite easy. There's a switch to turn on and it comes up automatically. Then you type your message on a keyboard or if you want to talk and send a voice communication, then you just pick up the headset and talk. Our training sessions to the miners take about 45 minutes to an hour, including them trying to operate the devices. We tried to design MagneLink to be as simple as possible, a factor that is especially important in emergency situations. 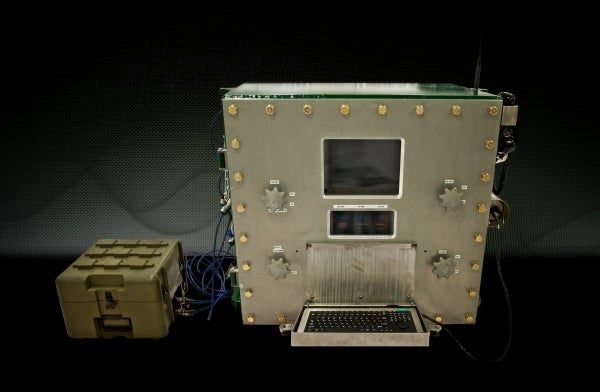 EF: MagneLink is working with a low-power battery. Why is this important during a mine accident?

WG: When an accident occurs within a coal mine, the miners may secure the ventilation which usually leads to a build-up of gases such as methane. If there's an accident near the equipment it's beneficial to have a low-power battery as you don't want your equipment to create a spark which could ignite the gas. The battery needs to be on what we call an intrinsically safe power level. Those power levels are very, very low - we transmit less than one eighth of power than a wired communication system does.

We've created a device with a very, very small magnetic moment, actually smaller than the DC motors that are driving around in the area. To do that and then achieve 1,500ft of voice communication through solid rock is pretty impressive. We believe we're currently the only company who can do that through this range. We have the only wireless through-the-earth system that is approved for the safe use in mines in the US.

"The system is essentially what's known as a software-defined radio, meaning it's a computer that generates radio communications."

In the US, mines are required to have a backup-system to the primary system. So there are instances when the wireless tool would serve as a backup-system in case of failure of the wired system. One advantage is that it's a fairly transportable back-up system, as it provides highly reliable communication in the event of failure of the primary system.

However, currently there is no wireless system out there that would be capable of providing the amount of data that's involved in daily mining operations. Coal mining is a high-tech industry and there's a lot of data to be distributed throughout the mines.

Operators need to monitor the environment, track personnel and so on, so there's a lot of data which runs around inside a coal mine. Primary communication systems, which collect all the data and distribute it, will also be required in the future and a wireless system won't replace them.

EF: What wireless mining communication systems can we expect to see in the future?

WG: Portability is always very important as the in-mine device should be as moveable as possible. So improving range and improving portability are the main points of development we will concentrate on in the years ahead. However, it's difficult to say if a wireless system can ever replace a wired system as the primary communication technology in a mine. First, wireless systems would have to achieve the same ranges and fulfil the same data requirements as wired systems. So for the foreseeable future, we will definitely require a wired system for daily mine operations.