Indonesia is the world’s third-largest coal producer after China and India. After registering strong growth of 8.9% in 2021, Indonesia’s coal mine production is expected to register a 2.6% year-on-year (YOY) growth to reach 629.9Mt in 2022. Due to the EU’s restriction on new coal imports from Russia, demand for coal grew from several EU nations such as Germany and Poland during the first half of 2022. Furthermore, since September 2021, Russia has been blocking a significant amount of gas from reaching Europe. The European gas crisis caused a temporary increase in the use of coal for power generation. The government intends to raise coal output to 663Mt in 2022, notwithstanding the potential for more exports to satisfy the demands of European nations. According to the Ministry of Energy and Mineral Resources (EMR), until June 28, 2022, Indonesia’s coal production had reached 294.4Mt or 44.4% of the target.

Additionally, Indonesian coal miners raised their output goal for 2022 in accordance with the government’s target. For instance, on May 12, 2022, PT Bumi Resources revealed its plans to produce 83-89Mt of coal this year as opposed to 78.8Mt in 2021. Adaro Energy likewise revealed its plans to expand its 2022 output to 58–60Mt, while PT Bukit Asam wants to increase its output from 30Mt in 2021 to 37Mt in 2022.

Comment
Global coal production to grow by a marginal 0.9% in 2022 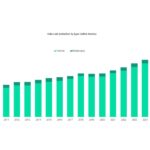 Comment
India’s coal output to grow by 6.6% in 2022 backed by output from Coal India Ltd