The top trends are the most mentioned terms or concepts among Twitter discussions of more than 160 commodity markets experts tracked by GlobalData’s Mining Influencer platform during Q2 2022.

Australian Mining, an online mining platform, discussed Red 5 KOTH going bac underground, and remaining on track with its first gold production after starting underground mining activities on 31 March 2022. The mine fleet included a jumbo, two boggers, and a supporting fleet, with the company focusing on mine development initially, the article detailed. Company officials have stated that they are expecting first gold production in the current quarter. 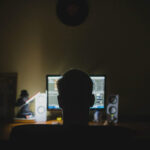 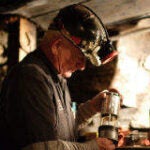 Gold also trended in an article shared by Luis, creator of the High Grade blog economicalpha.blog which covers mining news and information, on the South African gold miner Gold Fields set to buy Canadian mining company Yamana Gold in an all stock deal, implying a valuation for Yamana of $6.7bn. Both Gold Fields shareholders and Yamana shareholders are expected to own about 61% and 39% of the Combined Group respectively, on closure and completion of the transaction that is expected to occur in the second half of 2022, the article noted.

The definitive agreement allows the combined company, the Combined Group, to deliver on Gold Fields ’ three goals, that is, capitalising on asset potential, growing the value and potential of asset portfolio, and advancing its environmental, social, and governance (ESG) commitment, the article highlighted.

Santacruz Silver Mining ’s consolidated silver equivalent production in the first quarter of 2022 increasing 97% compared to the first quarter a year ago, and Silver Hammer Mining advancing its three past-producing assets, were some of the popular discussions during Q2.

Kitco NEWS, a precious metals mining source, shared an article on Santacruz Silver Mining stating that its net income was up in the first quarter due to its consolidated silver equivalent production in Q1 2022 having jumped 97% to 1,391,589 ounces compared to 706,978 ounces in Q1 2021. The company further explained that the increase was due to Bolivian production operations that were purchased in March 2022, and a 39% increase in production from the Zimapan mine, offset by no production from the Rosario mine following its sale in December 2021, the article detailed.

Santacruz further added that the increase in silver equivalent production at the Zimapan mine at the end of the first quarter of 2022 compared to the first a year ago, was primarily due to a 22% rise in mineralised material processed at the Zimapan milling facility, the article noted.

In another tweet, MiningWeeeklyCA, a mining industry source, shared an article on Morgan Lekstrom, the CEO of the exploration and development company Silver Hammer excited about the discovery potential of its historic mines. The company is set to advance its three past-producing mines, namely the Silver Strand mine in Idaho, and the Eliza project and the Silverton mine in Nevada, the article highlighted.

The article further detailed that Silver Hammer’s flagship Silver Strand mine, which it bought about a year ago, includes 70 claims over a 5.5-km strike length over a silver belt in the Coeur d’Alene mining district in the US. The district has produced over 1.2-billion ounces of silver and is home to some of the biggest silver mines in the world.

The need for electric vehicle (EV) makers to invest in lithium mines to secure supply, and Trafigura backing lithium UK lithium refinery project, were some of the popular discussions in the second quarter of 2022.

Simon Moores, CEO of Benchmark Mineral Intelligence , a consultancy business focusing on metals and minerals and metals, emerging markets, and disruptive technologies, tweeted on the need for EV makers to become lithium miners in order to secure supply. According to Moores, EV makers need to get involved with mining if they want to manufacture EVs at scale, the article noted. Another way to boost the lithium-ion battery supply chain was to buy that owners of the mines and especially the those that owned the mines and the refining/chemical conversion capacity, he further added.

Moores further believes that the conventional ways of funding the mines of the future need to change, especially when every lithium mine can take almost seven to ten years to come online, the article detailed. He stated that EV makers could use the money fund new projects, citing Chinese EV maker BYD investing in lithium miner Chengxin Lithium to secure supply in the event of a surge in prices.

Discussions on lithium also involved a tweet on the commodity trader Trafigura backing UK lithium refinery project, in an article shared by Neil Hume, a natural resources editor. Trafigura is likely to take a stake in a company that will be supplying European car and battery makers with lithium from a UK refinery. The trader will source green lithium with feedstock for its planned 50,000t a year plant in the north of England as part of its investment. It will also sell finished products to customers in Europe, the article highlighted.

This is Trafigura ’s biggest lithium deal that comes right after Russia’s invasion of Ukraine highlighted the dangers of being too reliant on one country for commodity supplies. Trafigura has estimated that Chinese refineries produce 90% of the world’s battery grade lithium, along with cobalt and nickel, and other important battery minerals.

Boss Energy taking a final investment decision (FID) for developing the Honeymoon uranium project in South Australia, and uranium miners racing to revive projects decommissioned following the Fukushima disaster, were some of the trending discussions in Q2.

MiningWeeeklyAUS, a mining industry source, tweeted on Australian mining company Boss Energy ’s decision to invest in the development of the Honeymoon uranium project in South Australia, thereby triggering a $75.99m capital spend in the mine. This implied that Boss Energy would speed up construction, ensuring that Honeymoon is on track for the first production in the fourth quarter of 2023, the article detailed.

A feasibility study conducted  year ago had estimated that the project would have a mine life of ten years, with a uranium production rate of 2.45-million pounds every year, at a cash cost of $18.46/lb, and an all-in sustaining cost of $25.62/lb, the article further noted. Duncan Crab, managing director of Boss stated that the FID puts the company firmly on track to be the next uranium producer.

The term also trended in an article shared by EIN Presswire: Mining Newswire, an online news distribution service, on uranium miners reviving projects that were withdrawn or retired after the Fukushima nuclear disaster more than a decade earlier. This is driven by a renewed demand for nuclear energy and a jump in yellowcake prices after the Russian-Ukraine conflict, the article highlighted.

The article detailed that the spot prices for uranium have doubled from $28 per pound in 2021 to $64 in April 2022, driving the rush to restart projects that were set aside after an earthquake and tsunami that destroyed the Fukushima nuclear power plant in Japan in 2011. In Australia, for instance, uranium producers, such as Paladin Energy that is aiming to restart its Langer Heinrich uranium mine in Namibia, have raised about $282.08m in share sales in the past six months to fund the exploration and bring around mines on three continents, the article noted.

CATL moving into Indonesian nickel mining, and Brazilian miner Vale signing a long-term deal with Tesla to supply nickel from its Canadian operations, were popularly discussed in Q2.

The partnership helps CATL to expand its global footprint in the battery industry, while at the same time promoting Indonesia’s EV industry, the article detailed. It will also ensure the supply of upstream raw materials and resources, lower manufacturing costs, and promote the battery recycling business.

In another tweet, Amran Abocar, a global mining editor, discussed Brazil’s Vale signing a long-term deal with automaker Tesla to supply nickel from its Long Harbour plant, which is located in the Newfoundland and Labrador province of Canada. The miner will be providing Tesla with low-carbon Class 1 nickel, which is likely to be in line with its bigger strategy of venturing into the electric vehicle industry, the article noted.

Vale claims that the nickel rounds produced at its Canadian facility has a carbon footprint of 4.4t of CO2 equal for each ton of nickel, which it earlier claimed to be nearly one-third the Nickel Institute average for Class 1 nickel, the article highlighted.