Glencore-Xstrata: the story so far
Menu 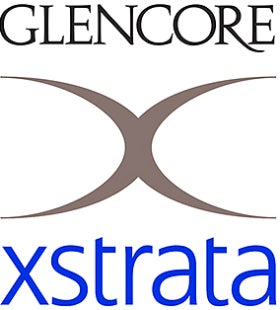 On paper, the proposal put forward by commodities trader Glencore to merge with Xstrata and create an $86bn mining powerhouse seemed like a no brainer.

Together they would form a company capable of making revenues of more than $200bn and annual profits of $16bn.

Glencore Xstrata International – as managers hope to call it – would be the world’s number one producer of zinc and lead and the world’s biggest exporter of coal.

The merger has been on the cards for years and, in February 2012, Glencore finally launched its bid to acquire the 66% stake in Xstrata which it does not already own.

Eight months on and the mega deal still hasn’t been tied up.

So what’s taking so long?

"In February 2012, Glencore finally launched its bid to acquire the 66% stake in Xstrata which it does not already own."

Since Glencore made its initial offer of $34bn to takeover mining giant Xstrata, the deal has been hijacked by a number of contentious issues.

First off, Xstrata faced uproar from angry investors when it revealed in May that the transaction was tied to $277m of proposed bonuses for 70 of Xstrata’s top bosses.

In the all-share agreement, shareholders had to back the retention plan and the merger itself – or neither.

The package was designed to keep executives in their jobs, including Xstrata chief Mick Davis, who was offered a ‘golden handcuffs’ payout of £29m to stay at the helm of the company.

In June, the Association for British Insurers placed a "red-top" warning to Xstrata shareholders, signifying its opposition to the lucrative incentive and a "breach of our principles".

Andrew Ninian, ABI head of corporate governance, said in a statement at the time: "The ABI is always sceptical about the effectiveness of retention payments. In this case we have raised further concerns around the significant retention awards being offered to Xstrata executives which are not linked in any way to performance."

Stakeholders including Schroders, Standard Life and Fidelity also criticised the retention package despite Ivan Glasenberg – Glencore’s chief executive – announcing in September that he wanted to head the combined company.

Some investors became worried that if Davis left the company there would be a mass departure of Xstrata managers, but others defended their original beliefs.

Qatar Holding’s spanner in the works

The Glencore-Xstrata merger looked set to collapse on 7 September when – just hours before a shareholder vote – Qatar Holdings dropped a bombshell.

"In the all-share agreement, shareholders had to back the retention plan and the merger itself – or neither."

The firm, Xstrata’s second biggest shareholder with a 12% stake, said it would vote against Glencore’s offer of 2.8 shares for every Xstrata share held, a worrying proposal considering only 16% of Xstrata’s register must vote against the deal to block it.

Glencore was forced to open and immediately adjourn the shareholder meeting, sparking speculation among markets that it may have improved its takeover bid. And as if by magic, the commodities trader increased its offer to $36bn, or 3.05 shares for every existing Xstrata share, three days later.

In a statement, Xstrata said that a decision on the improved offer will be taken by its independent directors before 0600GMT on 24 September.

"Glencore Xstrata International – as managers hope to call it – would be the world’s number one producer of zinc."

It wasn’t until 1 October that Xstrata finally recommended an all-share merger of equals to its shareholders. The deal has been revised so that investors can make a separate vote on the merger itself and on the retention package, which has now been reduced to $232m.

To go ahead, the new deal requires 75% of shareholders to support it, but only 50% need to vote in favour of the retention package.

Xstrata share prices moved up on the day of its recommendation, a sign that the transaction could at last be finalised. But the wait is far from over – the EU Commission must now decide whether or not to allow the merger to go ahead in the first place.

Glencore filed the necessary paperwork with the Brussels-based body on 3 October and regulators will decide on the outcome by 8 November.

The deal will also need similar approvals from the Chinese and South African regulatory bodies before it can be finalised once and for all.

Glencore Xstrata – what it could mean for commodities

Glencore has long been strongly associated with a number of mining companies, not least the publicly traded Xstrata.

News of a merger between Xstrata and Glencore has sent shockwaves across the mining industry and beyond.