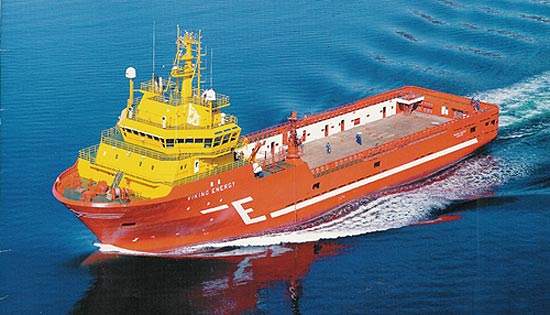 Overview of the Mount Isa complex where copper mining began in 1953.

Handling copper cathodes in the electrolytic refinery at Townsville.

Mount Isa copper mine is located in Queensland, Australia. Image courtesy of Glencore.

Enterprise and X41 underground copper mines are the major source of the Mount Isa operations. Image courtesy of Glencore.

Its copper operations include two underground copper mines, Enterprise and X41, with ore mining capacity of 6.2 million tonnes per annum (Mtpa), a concentrator with 7Mtpa capacity, a copper smelter, and support services.

The Enterprise mine is a major copper ore source at Mount Isa and is Australia’s deepest mine, with an internal shaft, which reaches a depth of 1,900m.

Copper production at Mt Isa, Queensland, is derived from separate orebodies from those that form the basis for lead and zinc mining, with the copper operations being regarded as standalone operations.

Since acquiring the operations, Xstrata Copper undertook steps to improve performance and expanded its smelter capacity at Mt Isa to 300,000tpa. Xstrata was acquired by Glencore in 2013 and the Mount Isa became part of the latter’s operations.

Mount Isa mine offers job opportunities for more than 3,200 individuals and contractors. In 2018, the company started the Black Rock Cave ore body development to improve on the copper resource at the Mount Isa operations.

Brecciated siliceous and dolomitic rock masses within the Urquhart Shale contain several orebodies that comprise complex veins and irregular segregations with chalcopyrite, pyrite and pyrrhotite and grading 3% to 4% copper.

Production currently comes from the 1,100 and adjacent 1,900 orebodies at the south end of the property and the deeper 3,000 and 3,500 orebodies below the lead mine in the north.

Enterprise mine (3,000 and 3500 orebodies) is expected to contain 13.2Mt of proven and probable reserves at 2.21% of Cu while Black Rock Cave holds 1.7Mt of probable ore reserves.

The years from 1969 to 1974 saw more expansion at Mount Isa Mines. Development of copper orebodies and improvements at the company’s Townsville refinery boosted copper production dramatically. The next surge of development came in the late 1990s when close to A$1bn was invested in various projects, including two new mines and an expansion of the copper smelter and the Townsville refinery. Xstrata acquired Mount Isa Mines in June 2003 through its MIM Holdings Limited acquisition.

During the late 1980s, MIM started to develop the orebodies located between levels 21 and 36. A ramp was driven down from the U62 loading station and an ABB-Kiruna electric truck hoisting system fitted. Production started in 1993. In 1996, MIM launched the A$370m Enterprise Mine project designed to raise deep copper output to 3.5Mtpa.

The 713m-deep internal M62 shaft opened in 2000, with refrigeration and paste backfill plants completed in 2001. Meanwhile, the 1100 operation became the X41 Mine. In June 2004, Xstrata approved the development of the Northern 3,500 orebody to maintain rated capacity by supplying 5.3Mt ore grading 4.5% Cu over 11 years, starting in late 2006. This should enable the Enterprise mine to achieve its rated concentrator throughput of 3.5Mtpa.

The mining operations at Mount Isa Mines are expected to continue at least until 2023. Sub-level caving is used at the Black Rock orebody for better economics. The orebody will be brought into production by the end of 2020. PYBAR Mining Services was awarded a contract to develop Black Rock.

The copper concentrator was rebuilt in 1973, with rod and ball milling and three-stage flotation, to supply the roaster and conventional blister copper smelter on site. In 1981, Mount Isa commenced anode casting as well. In 1988-1989, two 6.4MW AG/SAG grinding mills replaced the rod and ball mills at a cost of A$35m.

With the development of Ernest Henry, MIM modified the pre-flotation, column flotation and slag-cleaning circuits to increase the plant’s throughput.

The flotation capacity was increased again in FY2003 with the addition of the latest Jameson cells. Smelter investments include the copper IsaSmelt plant in 1994 and an expansion in 1998–1999.

MIM established Copper Refineries near Townsville in 1956 and started treating blister copper in 1959. Capacity has kept pace with the smelter at 260,000tpa, which increased to 280,000tpa by mid-2006.

The copper smelter at Mt Isa has a processing capacity of 300,000tpa. The Mt Isa operations process approximately 6.5Mtpa of ore. The project is Australia’s second-largest copper producer.