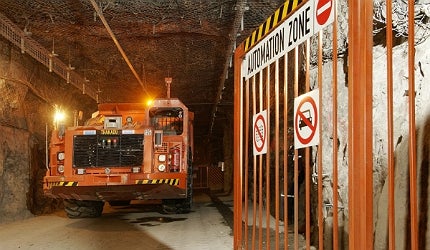 As Professor Peter Knights, BMA Chair and Head of Mining at the University of Queensland, explains: "The growth in urbanisation in developing countries, such as China, India and Vietnam, is likely to continue to drive demand for energy coal; demand for coking coal - metallurgical coal - will be influenced by the same countries, as steel is a basic building input."

There are, he says, a number of trends occurring in the wider mining industry that will impact upon the coal sector.

Increasing automation within the coal industry

"All of the experts seem to agree that in the next 20 years, coal mining will become a cleaner, safer, more efficient and more automated operation than it is currently."

Increased automation is one of them. Knights points to the benefits to be gained from a greater adoption of autonomous equipment and remote technologies. "These are aimed at removing personnel from hazardous locations, and performing unit operations in a repeatable, consistent fashion so as to reduce process losses and enhance machine uptime."

Chris Baker, CEO of Straterra - the industry group representing the New Zealand mining and resource sector - agrees, predicting that the automation of mining processes and operations will be the area that will show the most significant advance during the coming 20 years. Automation is already established in many aspects of the industry, for both surface and underground mines.

Over the coming decades, the expansion of such automated and remote technologies seems set to continue, improving both safety and productivity, and additionally allowing new resources to be mined. "There is a big push from coal producers on a global basis to go for thinner seams by longwall extraction, minimising the number of men on the face," says Sarah Varney, director general of the Association of British Mining Equipment Companies (ABMEC) - and the growth of longwall automation to achieve this is broadly accepted to be inevitable. 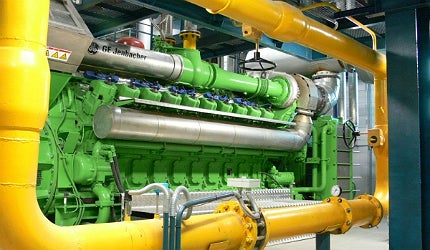 A Jenbacher cogeneration gas engine, one of 12 installed at the Sasyadko mine, Ukraine.

Methane management is another rising technology segment with obvious safety benefits for the industry, and one that is also likely to prove vital as rising demand increasingly incentivises the exploitation of more difficult reserves.

"China is going deeper and deeper, and the corollary of that is more methane," says Dr Jonathan Bennett of the Camborne School of Mines, at the University of Exeter, and a participant in the European LOWCARB project.

A nine-partner European initiative, led by Camborne, it unites research institutions and coal-mining companies based in the UK, Poland, Spain and Slovenia to assess a varied range of technologies to help build a model for the 'low carbon' underground coal mining of the future.

Among those areas being investigated for use include improving the efficiency of methane drainage, and approaches to oxidising the methane contained in ventilation air, based on reverse flow reactors and new, catalytic systems. "It's all about the better exploitation of methane," Bennett explains, underlining that such technologies bring large energy and environmental benefits too.

Energy and efficiency in mining

The rise of cogeneration has been touted as one answer to the methane question, with onsite gas-engines providing electricity via a generator, and the hot water produced in cooling the system being recovered typically via a boiler to provide process steam, or for use in space heating.

"Automation is already established in many aspects of the industry, for both surface and underground mines."

It can represent a significant contribution to a mine's energy needs, but the real trick, Bennett suggests, lies in improving the overall management of electricity - something that he and his colleagues at Camborne are actively developing new software systems to do. "If you can reduce peaks by more intelligent management of demand, you need less generating capacity - and charges are based on those peaks. It's a huge issue for a coal mine."

Looking beyond the mines themselve, energy may also prove a driver on the type of coal being mined in the future - and its origins. "Coal generation, gasification and liquefaction technologies that become economically competitive will drive coal production to meet the coal qualities required for the technologies," predicts John Grubb from the Colorado School of Mines.

"For instance, if coal gasification becomes viable, low fusion temperature coals could become more desirable in the market. Lignite and sub-bituminous coals should continue to grow in popularity as low cost fuels dependent on mine-mouth or low transportation opportunities for power generation."

Grubb argues that sulphur has become less of an issue as technologies to remove it have improved, leaving mercury and other heavy metal contaminants potentially poised to become more important in the demand for, and pricing of, coals in the future.

If so, that may have serious implications for sources. "Power generation and other coal-sourced technologies will drive the types, and therefore in some cases, the locations of where coal is mined," he claims.

"Over the coming decades, the expansion of such automated and remote technologies seems set to continue, improving both safety and productivity."

Other technologies too will play their part in improving coal mining over the next two decades. On the materials side, novel nanomaterials and corrosion resistant metals are expected to feature increasingly for high-wear components and linings, while proximity detection, communications and other technologies will continue to develop, bringing new levels of safety to mining.

Ongoing advances in modelling techniques will enhance critical areas such as geotechnical control and ventilation, along with better systems for sampling and real-time analysis. Monitoring technologies are likely to extend into the collection of vital health and productivity signs of machines, people and processes, while analytical tools will be developed to enable the data collected to be translated into enhanced productivity, safety and economic performance.

Aside of the green dividend offered by the likes of LOWCARB's improved approach to methane management, new technology is also emerging which promises to address other environmental and sustainability issues in the coming years. Carbon capture and storage represents an elegant - if fledgling - solution to closing the loop on coal usage, while new methods of treatment to safeguard water resources are rising up the industry R&D agenda.

With Mongezi Veti, General Manager at Exxaro Resources, warning that in future "water and energy will be the most expensive variable cost element of any mining production process", their growing priority is hardly surprising.

All of the experts seem to agree that in the next 20 years, coal mining will become a cleaner, safer, more efficient and more automated operation than it is currently, and as Bennett says: "It's a wonderful opportunity for researchers and academics to provide actual products to help make it happen."