Australia’s trade surplus grew to A$8.5bn (US$6.55bn) in March 2021, driven primarily by an increase in demand for iron ore. Global demand for Australian metalliferous ores has surged since a brief lull in July of last year, where exports of the good contracted by 6.5% YoY. The growth in demand for iron ore, however, stands in stark contrast with the fall in demand for Australian coal. In March 2021, exports of metalliferous ores increased by 40.5% YoY, while exports of coal, coke and briquettes fell by 29.2%. The divergent performance between two of Australia’s largest export goods by value has some common cause in Australia’s primary trading partner, China.

Trade tensions with China have escalated as of late, though their beginnings occurred in mid-2018, following the restriction of Huawei and ZTE’s entrance into Australia’s 5G market. The relationship worsened after Australia’s call for an inquiry into the origins of the coronavirus in April 2020, with China banning beef imports from four major Australian processing plants and enacting tariffs on Australian barley in response. A succession of additional punitive measures followed, including tariffs on wine and an unofficial ban on Australian coal. The Australian federal government’s recent nullification of two Belt and Road Initiative agreements with the state of Victoria has worsened political relations further.

Exports of Australian coal, coke and briquettes fell sharply in the latter half of 2020 as a result, recording an average monthly contraction of 29.5% YoY since China’s unofficial ban began in October. Exports of coal, coke and briquettes accounted for 16.1% of Australia’s total exports as recently as July 2019, but as of March 2021, they accounted for only 9.4%. In contrast, over the same period, exports of metalliferous ores recorded an average monthly growth of 42.8% YoY, accounting for 45.3% of total exports in March 2021. 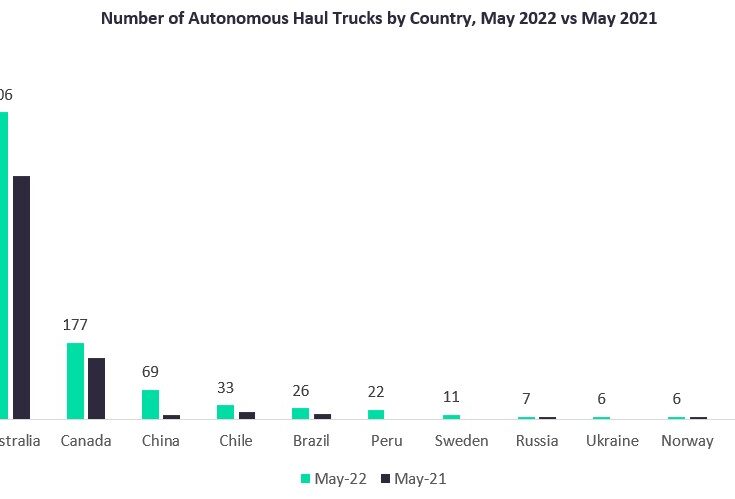 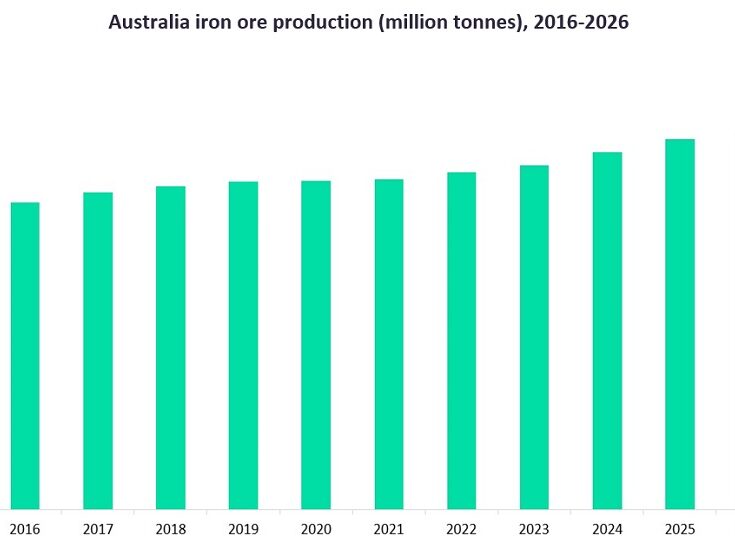 Despite many of Australia’s exports seemingly in the sights of Beijing, so far, iron ore remains untouched. According to the Australian Bureau of Statistics, iron ore exports to China increased by A$1.3bn, to A$10.1bn, in March 2021, accounting for 72.2% of the A$14bn of iron ore exported; this was primarily driven by a 5.25 million tonne increase in volume. Much like in previous downturns, China’s economic recovery from the pandemic has been driven by an extensive infrastructure investment program, which has required significant volumes of iron ore to feed; a general relationship can be observed between Australian metalliferous ore exports and Chinese GDP growth. With iron ore output in Brazil, India and South Africa insufficient to meet demand, and alternative sources in Africa years away from viability, China is likely to continue to be dependent on Australian output for the foreseeable future.

Chinese dependence on Australian iron ore will continue to support the growth of the Australian economy and construction industry, far outweighing the loss caused by the slowdown in demand for coal. Sectors of the construction industry most likely to benefit are those which provide supportive infrastructure, such as rail, road and energy, exemplified by Rio Tinto’s US$2.6bn infrastructure development at its Koodaideri mine. In the longer term, a potential slowing of demand as Chinese infrastructure matures may pose a challenge for the iron ore industry. However, even at lower levels, demand is likely to remain significant, with output at nascent Chinese interests in Africa, such as those at Simandou, unlikely to be fully sufficient.