The Ancuabe graphite project is located approximately 60km west of Pemba in Cabo Delgado Province of northern Mozambique. The project is owned by Triton Minerals, a company based in Australia, through its wholly owned Mozambican subsidiary Grafex Limitada.

Triton completed the definitive feasibility study (DFS) for the Ancuabe graphite project in December 2017 and received preliminary environmental approval for the project in June 2018.

Early earthworks for the project started in the first half of 2018 with the main construction works scheduled to start in the second half of the year.

The mine is expected to produce up to 60,000 tonnes per annum (tpa) of high-grade graphite concentrate for a 27-year period from 2019.

The Ancuabe project aims to exploit the graphite contained within the biotite gneiss of the Lalamo complex.

Graphite mineralisation at the project site is found in quartz-rich gneiss.

Conventional open-pit mining methods, including drill and blast followed by load and haul, will be applied to extract ore from Ancuabe.

The mine plan involves the ripping of softer oxidised material near the surface with a bulldozer, followed by drilling and blasting to encounter the hard rock.

Run-of-mine ore at Ancuabe will be processed in a processing plant with a throughput capacity ranging from 0.9Mtpa to 1.1Mtpa. The ore will undergo three-stage crushing before milling. The oversize ore from the milling circuit will be sent back to the primary mill and the undersize ore to the flotation circuit for the production of concentrate.

The concentrate will then be thickened, filtered, dried and screened to produce different graphite products. The dry graphite products will be stored in dedicated storage bins before being packed in bags for transportation to the Port of Pemba for shipment.

The Ancuabe project area is accessed through a road from Pemba and Montepuez along a tarred highway, and an additional 20km of unsealed road.

Power will be initially generated by a 1MW photovoltaic (PV) and 8MW diesel power station near the mine site. A grid connection is proposed to be established within the first five years of operation.

Process water for the Ancuabe mining operation will be sourced from a proposed in-channel raw water dam on the Mogido River. The mine site will also have a potable water treatment plant and a 1.6Mm³ tank storage facility.

A camp facility will be built to accommodate 200 workers during the construction period.

Offtake of graphite from Ancuabe

In February 2018, the first binding offtake agreement was signed with China’s Tianshengda Graphite for the sale of up to 16,000t of graphite a year from Ancuabe.

The company also entered a non-binding offtake term sheet with China-based firm Haida Graphite for up to 16,000tpa of graphite, in the same month.

The second binding offtake agreement for the project was signed with another Chinese company Chenyang Graphite in May 2018. Chenyang agreed to initially purchase up to 16,000tpa of graphite for a period of five years, which is optionally extendable for another five years.

Mozambique-based construction company Tayanna is the earthmoving contractor for the graphite project.

Lycopodium ADP prepared the process and plant infrastructure details for the definitive feasibility study (DFS). It was also appointed as project management consultant (PMC) for the project in February 2018.

Knight Piésold conducted a tailings storage and water storage facilities, as well as site geotechnical investigations as part of the DFS. It was also engaged for conducting the raw water dam front-end engineering design (FEED) works.

Triton Minerals has engaged Argonaut as its financial adviser for the Ancuabe graphite project. 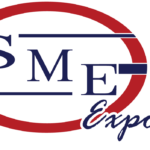