Malta-based company TechMet invests in companies developing metals in US, Canada, Africa and South America. One of its latest investments, US Vanadium Holdings, recently announces the purchase of the US’s sole high-purity vanadium processing facility in Arkansas, pointing at the big potential of the rare mineral. CEO Brian Menell tells us more about environmental responsibility, the challenges facing the global metal market and the future of technology metals.

Europe has been identified as one of the most favorable regions for investors, seeing high investment activity in the past year. Most of these investments have been through Debt Offering, valued at close to $700 billion. The region has provided attractive investments in a diverse set of companies. Companies who tend to major themes such Digital Media, Cloud, Artificial Intelligence, E-commerce, and Big Data are recording the highest number of deals, with Digital Media recording close to 2,000 deals. However, GlobalData’s whitepaper offers a full view of the market, analyzing less successful or attractive points of investment as well, examining statistics on Equity Offering investments and PE/VC deals. Understand how government agencies for economies around the world use GlobalData Explorer to:   Don’t miss out on key market insights that can help optimize your next investment – read the report now.
By GlobalData 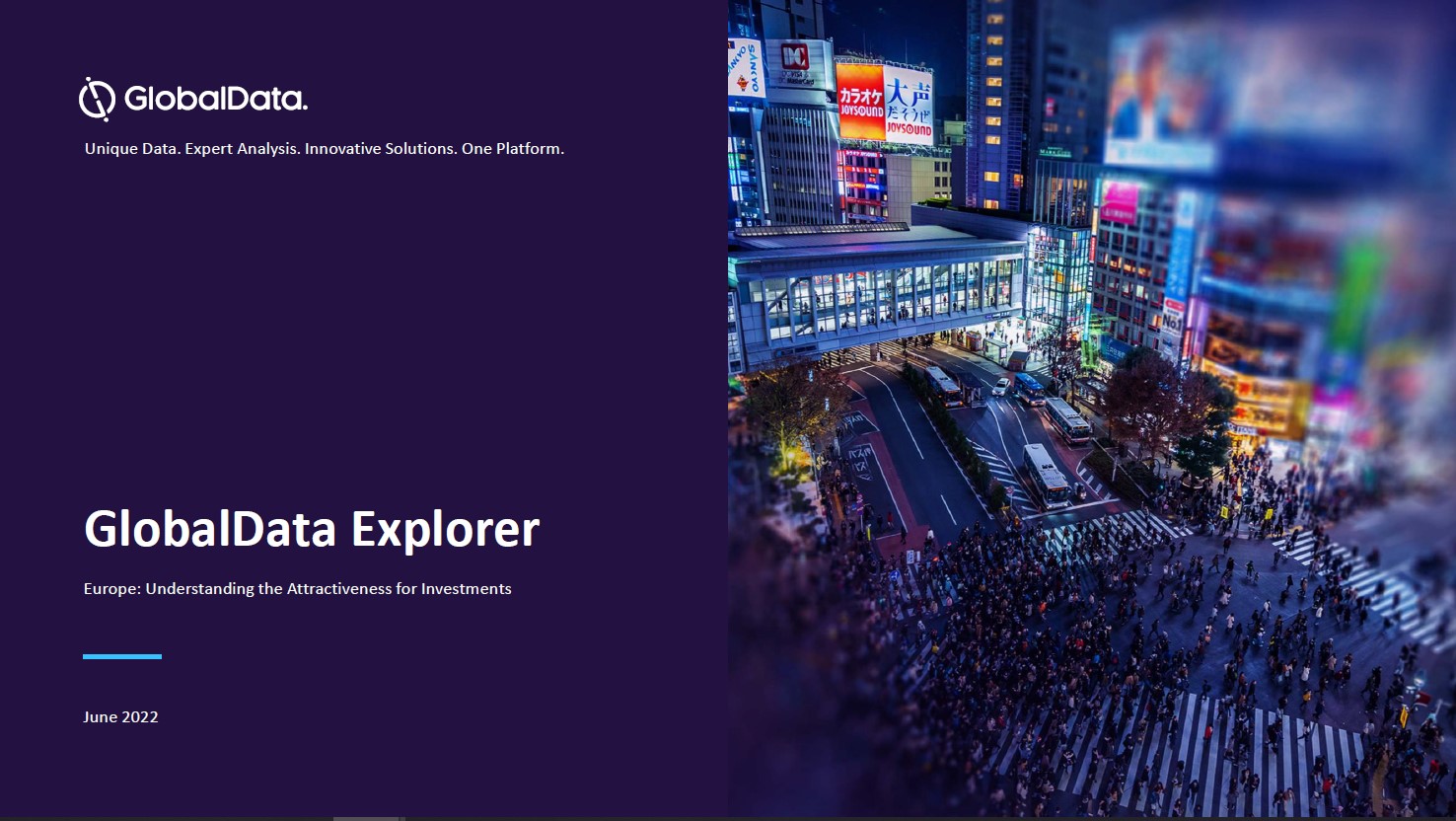 Yoana Cholteeva (YC): You are a company investing in lithium, vanadium, cobalt, and nickel businesses, what is the importance of these metals?

Brian Menell (BM): With the range of metals we’re investing in, and building capacity both on the production processing and recycling side, we see a great demand for supply. In fact, there is exponential growth, driven largely by lithium ion batteries, electric vehicles and renewable energy systems and structural short supply of certain key ingredients such as the metals which we focus on. So, really the value creation opportunities in the supply demand dislocation, which is now inescapable, is the primary driver for our choice of metals and foreign investment strategy across the middle portion of the value pipeline from production to recycling.

YC: How do you ensure that you are working with socially and environmentally responsible mining companies?

BM: In all cases, we’re investing through and with management teams that we’ve known for many, many years, and in whom we have a high degree of confidence from a technical and project execution point of view, but equally as importantly, from a governance and ethical point of view. Everything we’re doing is with very high levels of social and environmental impact, standards and governance and capacity to implement, given how important that is in any industry, but particularly when you’re dealing with products that go through that pipeline to consumer goods.

Generally, you can have a stronger position if you’re a properly governed, sustainable and ethical company. So it’s very important that we invest only in people whose standards we’re happy with and we ensure that we oversee and monitor those standards.

YC: What challenges do you face investing in the technology metal sector?

BM: All challenges in any portfolio projects are to do with the cost and timing of execution, both businesses with building capacity which are already producing and those that are in development.

From a market point of view, obviously we are very happy our metals could outperform other commodities in the next two, five, 10 years, we are content with all of the assets we’ve chosen.

There are always challenges in every country and in every project with respect to managing the local environment, logistics and operations and that’s not unique to us. It’s the same in every business. So there’s no particular unique challenges in our portfolio and target metals.

YC: You also invest in US Vanadium Holdings, which recently acquired a new vanadium facility in Arkansas, could you tell me a bit more about this project?

BM: The plant was built many years ago by Dow Chemicals to take vanadium concentrates from mines. It was then bought by Everest, the Russian steel company, from which we bought the plant.

The plant is presently a smelter for slag from steel mills, fly ash from power stations and catalytic residue from our refineries. It produces a full range of high purity vanadium oxide products which go into a wide range of technologies, but most notably vanadium redox flow batteries that we believe will be one of the winners which could scale battery storage.

They can potentially be an even bigger demand driver for some of the specialty metals, especially as it is central to facilitate the next phase of renewable energy in on grid and off grid battery storage. So that’s why vanadium is a focus for us, it’s a very productive cash generative asset. We are part of a strong consortium of vanadium industry players and experts with whom we are investing in the ownership of the plant and we intend to continue to grow the plant as a very significant participant in the vanadium oxide product market.

YC: How does the work with South American and African mining companies compare to working with North American ones?

BM: We have the vanadium plant and we are building a battery recycling capacity in Canada and in the US, that’s all processing and recycling. So it’s somewhat different to the political and social operational dynamics elsewhere. The primary production we have includes the nickel cobalt project in Brazil, tungsten mines in Rwanda and rare earth production in Burundi. It’s really difficult to compare, because it’s a different level of value pipeline, and hence somewhat different types of projects. But again, every country is unique. It’s hard to say Africa compared to South America, because Burundi is different to Rwanda, which is different to Congo and different to Zimbabwe.

Ultimately, we are focused primarily on what we believe are low-risk blue chip company projects in low-risk jurisdictions, so we’re not doing high-risk countries, and we’re very comfortable with the political regulatory environments in which we’re investing.

YC: China dominates the supply of rare earth minerals and is threatening to restrict their export, what does that mean for the global metal market?

BM: They are completely dominated by China, they are a dominant player across all metals, but more so in rare earth metals than any others.

That’s a very significant factor from a geopolitical point of view and from a national security point of view, particularly in the US and in Japan. Therefore, it’s an important area to develop capacity outside of Chinese control in order to balance that dominant global position. We have an initiative to develop capacity in the US, securing and developing projects. And that’s all work in progress, but it’s very important and strategic range of metals within our overall portfolio.

China’s done an extremely effective job over the last 15 years of securing control, not just of the rare earth metals, but across all of these technology metals. And that creates considerable vulnerability for the US, Japan and Europe in an environment of trade conflict. It’s very difficult to counter because China has been developing processing capacity and securing resources for a long time while the rest of the world had their eyes closed, so [China] won a war nobody knew they were fighting until it was lost and that had very considerable geopolitical implications.

It’s something difficult to remedy in the short term, because you can’t just say, okay, we’re going to put US government and Japanese government money into rare earth projects and suddenly China has from 95% control to 50% control of the market. They can do that and they will do it and we and others will play a part in that, but it’s a long, slow and difficult process.

YC: What do you predict the next big thing will be in the metal market?

BM: A lot of research and development work is being done on alternative battery and power storage technologies. However, they don’t move quickly. There’s a short term volatility in these metal markets as a result of speculation and general global market sentiment, but that sort of irrelevant medium term is a severe structural short supply.

All the alternatives are firstly becoming less and less competitive rather than more competitive. Currently, the scale of production and system development of lithium ion batteries grows enormously, at the moment there is over $50bn of committed capital going into lithium ion battery manufacturing capacity in the next 18 months

So there are other things which will play a role in the fullness of time like solid state batteries. They use all the same materials as lithium ion batteries, but they just have more lithium anode instead of a graphite anode. Generally, hydrogen fuel cells may play a role, but most hydrogen fuel cell vehicles will be trucks and buses and cars, or hybrid vehicles with batteries, so again, that doesn’t significantly change the equation.

Overall, there’s a fairly clear predictability with respect to the scale of growth of lithium ion batteries as the primary power source. For off grid storage on grid storage there are other better candidates such as the vanadium redox flow batteries. We do spend a lot of time looking at how these technologies are evolving, but we are not concerned about the effect that it will have on the supply demand equation from metals over the next 12-15 years.

Europe has been identified as one of the most favorable regions for investors, seeing high investment activity in the past year. Most of these investments have been through Debt Offering, valued at close to $700 billion. The region has provided attractive investments in a diverse set of companies. Companies who tend to major themes such Digital Media, Cloud, Artificial Intelligence, E-commerce, and Big Data are recording the highest number of deals, with Digital Media recording close to 2,000 deals. However, GlobalData’s whitepaper offers a full view of the market, analyzing less successful or attractive points of investment as well, examining statistics on Equity Offering investments and PE/VC deals. Understand how government agencies for economies around the world use GlobalData Explorer to:   Don’t miss out on key market insights that can help optimize your next investment – read the report now.
By GlobalData