The Vale-owned Carajas mine in the state of Para in Northern Brazil is the world’s biggest iron ore mine holding 7.27 billion tonnes of proven and probable reserves as of December 2012.

Vale is implementing a $19.6bn expansion project known as Carajás Serra Sul S11D Iron project, which involves the development of a new mine called Serra Sul in the Carajas mining complex. The new mine is expected to commence production in 2016 and reach its peak production capacity of 90 million tonnes of iron ore per year in 2018.

The mining life of Carajas is believed to be extendible up to 2065.

“The mine contained 2.97 billion tonnes of iron ore in proven and probable reserves as of December 2012.”

The world’s second biggest iron ore mine, Samarco Alegria is located in the state of Minas Gerais in south-east Brazil. The mine contained 2.97 billion tonnes of iron ore in proven and probable reserves as of December 2012.

Samarco Alegria is an open pit mining operation consisting of two active pits, Alegria South and Alegria North, which have been operational since 2000. Samarco, a 50-50 joint venture between BHP Billiton and Vale, owns and operates the mine. 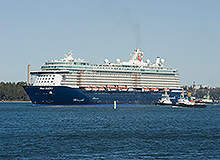 “Production in stage-1 is expected to be 14 million tonnes of iron ore per year.”

Zanaga is an open pit iron ore mine under development in the Lekoumou region of Southern Congo. It is estimated to contain 2.5 billion tonnes of iron ore (34% Fe) in probable reserves making it the world’s fifth biggest iron ore mine.

The Zanaga project is being developed in two phases by a joint venture of Glencore Xstrata (51%) and the Zanaga Iron Ore Company (49%). The feasibility study for the project is scheduled for completion in the second quarter of 2014.

Production in stage-1 is expected to be 14 million tonnes of iron ore per year, including up to two million tonnes direct shipping ore (DSO). Stage-2 will expand the annual production capacity to 30 million tonnes per annum. The estimated mine life of Zanaga is 30 years.

The world’s sixth biggest iron ore mine, Simandou is currently under construction in southeast Guinea, Africa. The Simandou mine contains 1.84 billion tonnes of iron ore (65.5% Fe) as of 2012 estimates. First production from the mine is expected in 2015.

Rio Tinto, with 50.4% stake in the Simandou integrated iron ore project, is developing the mine in partnership with Aluminium Corporation of China (CHALCO) and the International Finance Corporation, which respectively hold a 44.6% and a 5% interest in the project.

The Simandou iron ore operation will consist of open pit mines located at Pic de Fon and Oueleba, a railway, and a port. The project received more than $3bn investment by the end of 2013 and is expected to produce up to 95 million tonnes per annum of iron ore per annum over the mine’s projected life of at least 30 years.

“The mine site, comprising Rio Tinto’s ten fully owned open pit mines, was estimated to contain 1.72 billion tonnes of proven and probable iron ore reserves at the end of 2012.”

The Hamersley mines cover the Brockman, Marra Mamba and Pisoliten iron ore deposits in the region. The Brockman 4 mine holding 561 million tonnes of iron ore reserves (62% Fe) is the biggest Hamersley Basin mine followed by Western Turner Syncline, Marandoo, Yandicoogina, and Nammuldi.

“The project is being developed in phases with an estimated investment of $8.8bn.”

With 1.45bt of probable iron ore reserves (38.76% Fe) estimated as of 31 December 2012, Anglo American’s wholly-owned Minas-Rio iron ore mine, under construction in the state of Minas Gerais in south-eastern Brazil, is the ninth biggest iron ore mine in the world.

Minas-Rio will be an open-pit mine exploiting iron ore deposits located in the mountain ranges of Serra do Sapo and Itapanhoacanga. The project is being developed in phases with an estimated investment of $8.8bn.

The mine was originally scheduled to commence production the end of 2013, but construction delays and cost overruns have pushed its start-up to the end of 2014. Minas-Rio is expected to produce up to 29.8 million tonnes per annum of iron ore in its first phase of operation.

The Karara mine located about 220km east of Geraldton in Western Australia holds 955 million tonnes of iron ore (36.4% Fe) and is the tenth biggest iron ore mine in the world. The mine was officially opened in April 2013 and is expected to produce more than 30 million tonnes per annum of magnetite concentrate for in excess of 30 years.

The mine was developed by Karara Mining Limited (KML), a joint venture between the Western Australia-based iron ore producer Gindalbie Metals, Chinese steel producer Anshan Iron and Steel Group Corporation (Ansteel), which is the life of mine off-taker for all Karara production.

“The Sishen mine holds 918.9 million tonnes of proven and probable iron ore reserves (59.2% Fe), making it the world’s 11th biggest iron ore mine.”

Sishen is the biggest among the three mines owned and operated in South Africa by Kumba Iron Ore Limited (Kumba) in which Anglo American holds 69.7% interest. Operational since 1947, it is also one of the world’s biggest open pit mines. The proven ore reserves of the mine as of December 2012 stood at 642.9 million tonnes(59.4% Fe).

The mine produced 30.9 million tonnes of iron ore in 2013, compared to 33.7 million tonnes in the previous year. Several expansion projects including Sishen Lower Grade projects, SEP1B and the Sishen DMS concentrate project are in pipeline to extend the mine’s life further from the currently estimated 18 years.