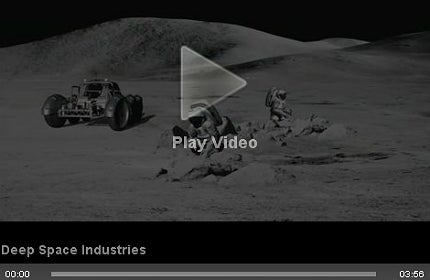 In the midst of the Cold War in the late 1950s, space became a battlefield, with the US and Soviet Union racing to land safely on the Moon. Now, a similar, if less dramatic, competition has started between two companies who have set their sites on exploring asteroids.

Deep Space Industries, established this week, joined Planetary Resources in its mission to build new technologies that will one day mine asteroids for their precious reserves.

The race could prove detrimental to one of these firms. But as with competition, consumers stand to gain from better end-products and lower costs as new, innovative technologies evolve.

"A similar, if less dramatic, competition has started between two companies who have set their sites on exploring asteroids."

With the global population demanding more resources than what our planet can offer, Deep Space Industries (DSI) has pledged to launch a series of spacecraft starting in 2015 to explore the possibility of mining natural resources from near-earth asteroids.

The ambitious company believes the human race is ready to seize the opportunity of exploiting the galaxy’s "infinite source of resources", for the benefit of people on Earth.

"There is a myth that the days ahead of us are going to be less than the days behind us and that there is going to be less prosperity and less to look forward to," said DSI chairman Rick Tumlinson, speaking at the Santa Monica Museum of Flying in California on 22 January.

"That myth only survives in the minds of people who think this is it," Tumlinson added, gesturing towards the Earth with his index finger. "We at Deep Space believe that this one tiny rock, sitting out on the edge of the galactic arm is just the beginning."

Deep Space, made up of a team of experts including 25-year Nasa veteran John Mankins and independent scientific consultant in the Australian mining and metallurgical industries Mark Sonter, plans to initially launch a series of satellites on journeys of two to six months, with larger spacecraft embarking on longer trips a year later.

The long-term plan is to process the asteroid material into alloys and other substances using DSI’s own MicroGravity Foundry 3D printer, which would grind up asteroids, separate out the useful mateirals and fuse them into manufactured goods.

But the company is not alone in its quest to mine asteroids. In April 2012, Planetary Resources announced similar plans, with the backing of Nasa scientists Chris Lewicki and Tom Jones, and space entrepreneurs Peter Diamandis and Eric Anderson.

The firm said it would build and launch a series of telescopes which would better characterise the contents of asteroids, before capturing and mining these orbiting bodies for platinum, gold, rhodium and water ice.

After its launch, Planetary disappeared from the media limelight, until 21 January 2013 – the day before Deep Space introduced itself to the market – when it gave the world a sneak peak at the Arkyd-100 mechanical prototype, a space telescope and technology demonstrator. 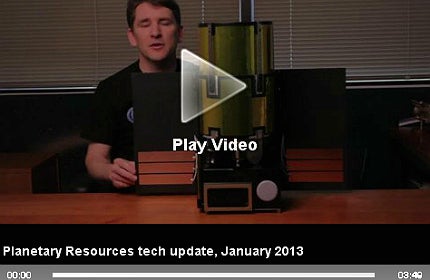 Both companies have come under criticism from economic analysts who suggest that mining asteroids will not be cost-effective.

Even with gold, for example, trading at $1,700 per ounce, asteroid gold would have to trade at $518m per ounce to break even on Earth because of the added airfreight costs, according to calculations by Barclays and the Financial Times commodities teams.

"Both companies have come under criticism from economic analysts who suggest that mining asteroids will not be cost-effective."

But DSI hopes to save money in several ways. First, its smaller ‘FireFly’ probes, expected to be launched in 2015, will employ low-cost cubesat components and ‘piggy back’ on larger communications satellites for deployment.

The company also plans to process asteroid material for use in space, including water and gases, which can be sold as fuel to refuel satellites and spacecraft bound for Mars; nickel-iron metal that can be used to build future space technologies; and silicon for space-based solar arrays that can beam power back to Earth.

Sonter, a member of the board of directors at DSI, explained: "The current cost of any mass launched into space for us in space is $10,000 per kg. If we can retrieve some of this material [from asteroids], manufacture it and deliver it into locations in space, it is potentially extremely valuable material."

In its promotional video, Deep Space boldly states that it will be there when the first asteroid is mined, but with Planetary Resources already on a mission to extract the reserves from these orbiting bodies – and more companies no doubt soon to follow in its footsteps – the race to space is on.

Planetary Resources is embarking on a quest to mine asteroids.

Hidden in untapped corners of the world, there are still vast resources to cater for ever increasing mineral demands.