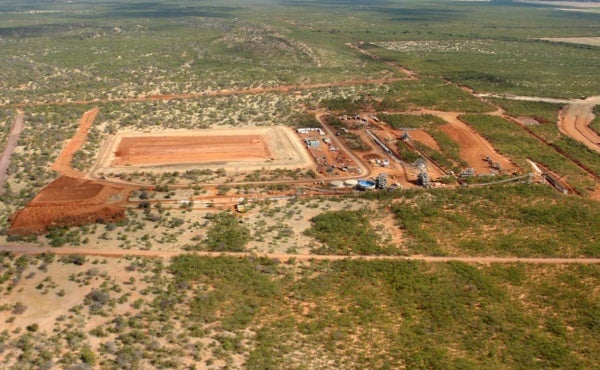 “The South African mining industry…is currently confronted by what can only be described as a crisis,” said outgoing Chamber of Mines of South Africa president Mark Cutifani, at the Chamber’s 123rd annual meeting on 5 November 2013.

For anyone who has been following the news, Cutifani’s statement isn’t a surprising one. South Africa’s mining industry has been stumbling from one calamity to another in the past few years.

Still smarting from the Marikana ‘massacre’ – where 44 people, mostly striking mineworkers, died at the hands of South African Security forces – there is a confidence crisis in the industry that has been worsened by global mining woes, such as increasing costs and decreasing commodity prices.

“South Africa’s mining industry has been stumbling from one calamity to another in the past few years.”

This has resulted in, according to Cutifani, a situation where more than 50% of the country’s gold and platinum mining operations are in loss making positions. And, according to the former chief executive of Lonmin, Ian Farmer, investors feel South Africa is just “all to difficult to get your mind around”.

On top of this an esteemed policy research and educational organisation – Fraser Institute – rated the country at 64 out of 96 global mining countries, a blow when you consider South Africa’s rich platinum and gold deposits and mining operational expertise.

Meanwhile, pay disputes continue to rumble on throughout the industry, with strikes planned and taking place as this is written.

It’s never been more important for South Africa’s mining industry to reverse its current downward trajectory – its people and economy rely on the industry, with every one of the 525,000 (2012 figure) people working directly in the mining industry supporting another ten people with their salary and the industry indirectly and directly providing almost 17% of gross domestic product (2012 figure).

Wickus Botha, partner at Ernst & Young, Africa Mining & Metals Leader, says there are four important things troubling the South African mining industry. The first is capital dilemma, which is first of all gaining access to capital and then deciding where to spend it. Second is the need to cut costs and increase efficiency; third is labour and labour productivity; and fourth is stability of investor perception and investor confidence.

The first, access to capital, is “probably the number one issue at the moment globally,” Botha says.

“South Africa is not really different, it is very much in the same boat, getting access to capital – in other words getting approval to release the projects – is quite challenging.”

The second, the need to cut costs is what “every mining company is talking about…it’s no different in South Africa,” he says.

However, the third and fourth are very South Africa-centric. The violence of last year may have subsided into mostly peaceful protest, but many mine workers are still disgruntled with what they see as underpaid work.

At the time of writing, National Union of Mine Workers (NUM) members had ‘downed tools’ after Northam Platinum refused their demands for quantum driven pay increases of 2100 rand ($203.15) for core workers and 2000 rand ($193.48) for non-core workers, instead offering percentage-based increases of around eight percent.

“The violence of last year may have subsided into mostly peaceful protest, but many mine workers are still disgruntled.”

NUM spokesperson, Livhuwani Mammburu, said that until their demands are met or a ‘reasonable’ offer provided, NUM’s members would continue to carry out “peaceful and bloodless protest”.

The labour wage dispute is a problem that doesn’t show signs of fading fast, especially as the mining industry is a huge employer in South Africa, a country that has an unemployment rate around 25%.

“There is such a strong focus on wages because the one person that works is feeding 11 mouths and that creates a lot of pressure and that is why the workers and union are so vocal,” Botha says.

He adds that wages need to be seen in the context of the country, where thousands of people are employed to run a mine which the equivalent in Australia would only need 300 workers to run.

“Now the commodity prices have cooled off there is even more pressure on profitability, so mining companies are less willing to just increase wages.”

However, this message doesn’t translate to workers. Mammburu argues: “We believe our members are being underpaid, whereas a mining executive is making millions every year.”

He also warned that if companies do not listen to miners the same scenario was likely to be replayed in next year’s negotiations.

President Jacob Zuma warned in November that the strikes, if continued, could harm the country, which has already had its sovereign credit rating downgraded by the three leading ratings agencies (Standard & Poor’s, Moody’s and Fitch Ratings).

“The situation is not normal. When we’re faced with disputes we should handle them with that understanding because if we don’t, we could worsen our economic situation,” he said.

A perception of instability

“The labour wage dispute is a problem that doesn’t show signs of fading fast, especially as the mining industry is a huge employer.”

As the wage war rages on, investor perceptions of South Africa are worsening – the fourth problem facing the industry, according to Botha – but this isn’t just because of wage rows but the perception that, regulation wise, “things aren’t perhaps that predictable and stable,” he says.

The Department of Mineral Resources is currently revising its Mineral and Petroleum Resources Development Act, 2002, with some of the proposed changes – like labelling certain commodities such as coal as ‘strategic minerals’ and restricting their export – encouraging nervous chatter among the mining community.

“Very often the openness and public debate around these topics is being taken as policy or possible policy. Smart investors know that, but investors that are perhaps new to this market, they read newspapers and mistake debate for policy,” Botha warns.

If the strategic mineral bill, which will give the mining minister Susan Shabangu the power to control the price and export volumes of coal, which is currently before the portfolio committee on mineral resources, is passed, will it really have an impact?

Botha doesn’t think so. At the moment, he says, there is export capacity at the harbours and the ports of 90 million tonnes a year, rail can only get about 58 million tonnes (mt) to those ports and there is another 20mt of availability today that is not even being used.

“It needs to be seen in context. Once they have secured supply for the Eskom power plants [new local power plants] I’m struggling to understand why they would want to keep more coal in the country that they have no use for,” Botha says.

Analysts’ concerns about governmental coal export restrictions don’t seem to have scared investors off yet. Coal of Africa Limited (CoAL) recently announced it is to inject 220 million rand into the expansion of its Vele colliery in Limpopo.

Cutifani, who is also director of South African gold mining company AngloGold Ashanti, said in his speech he is ‘encouraged’ by the ‘constructive engagements’ between the Department of Mineral Resources and the Chamber of Mines on the proposed amendments, but admits there are still issues to be resolved.

He conceded there was “a trust deficit” between the African National Congress – and by extension the government – and the mining industry. If change is imminent, it won’t be enough unless it lays down strong foundations for the future to win investor confidence and get projects off the ground.

“What I would like to see is some stability,” says Botha.

The Department of Mineral Resources were asked for comment but failed to reply by the deadline date set.

Despite uncertainty the outlook remains positive

Cutifani ended his outgoing Chamber of Mines speech with positive caution: “The time is now or it is never,” he said. “I’ve gone from serious concern in August to 80% more optimistic, but the job’s not done.”

“Africa’s most advanced and richest economy has more than enough incentive to resolve its current issues.”

This is a sentiment Botha agrees with. “I don’t foresee the wage negotiation continuing forever. It has to cool off and reach some level of normality again,” he says.

“I think there has been some pain. I think there is opportunity going forward and I would be very supportive of Mark’s [Cutifani] views in this.”

Indeed there is some positive news to take comfort from – South Africa’s mining production increased 0.6% year-on-year in September as Statistics South Africa (Stats SA) reported in November, while DeBeers has started constructing its underground mine beneath its open pit Venetia Mine in Limpopo province after a $2bn investment.

With the world’s largest platinum resources and an abundance of coal, gold and diamond resources, Africa’s most advanced and richest economy has more than enough incentive to resolve its current issues for the greater good of the country and to get the ‘engine room’, as Cutifani puts it, of South Africa’s economy up and running smoothly again.

Mining in Zimbabwe – has the tide turned for investment?

While July’s election result remains contested, signs of a thawing in the international stance to the recently returned President Robert Mugabe – and outright calls by some nations, notably Belgium, to lift sanctions – has brought hope, both inside and outside the country, that the tide might at last be turning.