Interest rates have a varied influence on whether investors will buy or sell gold. 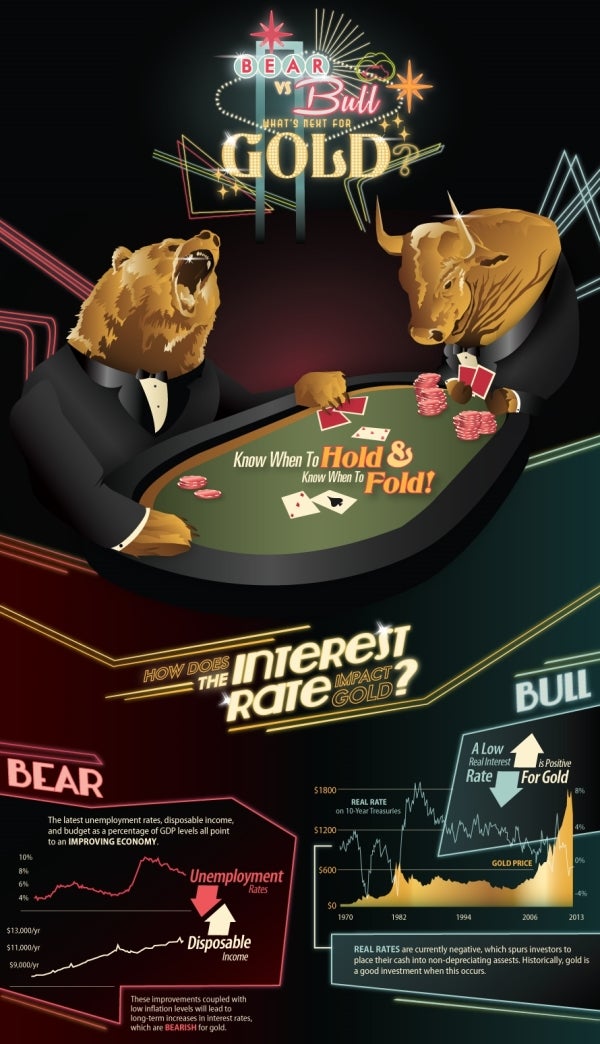 In a Bearish market, a low unemployment rate coupled with increased disposable income will result in a higher interest rate in the long-term. As a result, investors usually become involved in a gold sell-off or rid themselves of the commodity during a rally.

In a Bullish market cycle, interest rates are low and confidence in gold goes up. Because rates are at decreased levels, investors tend to put their money into "non-depreciating assets" such as property and rented land. Gold is therefore considered a safe investment in this scenario, because there is less interest in holding cash or currencies.

For a crash course and more information on gold trading in Bear and Bull markets, click on the infographics below.

What is the impact of inflation on gold? 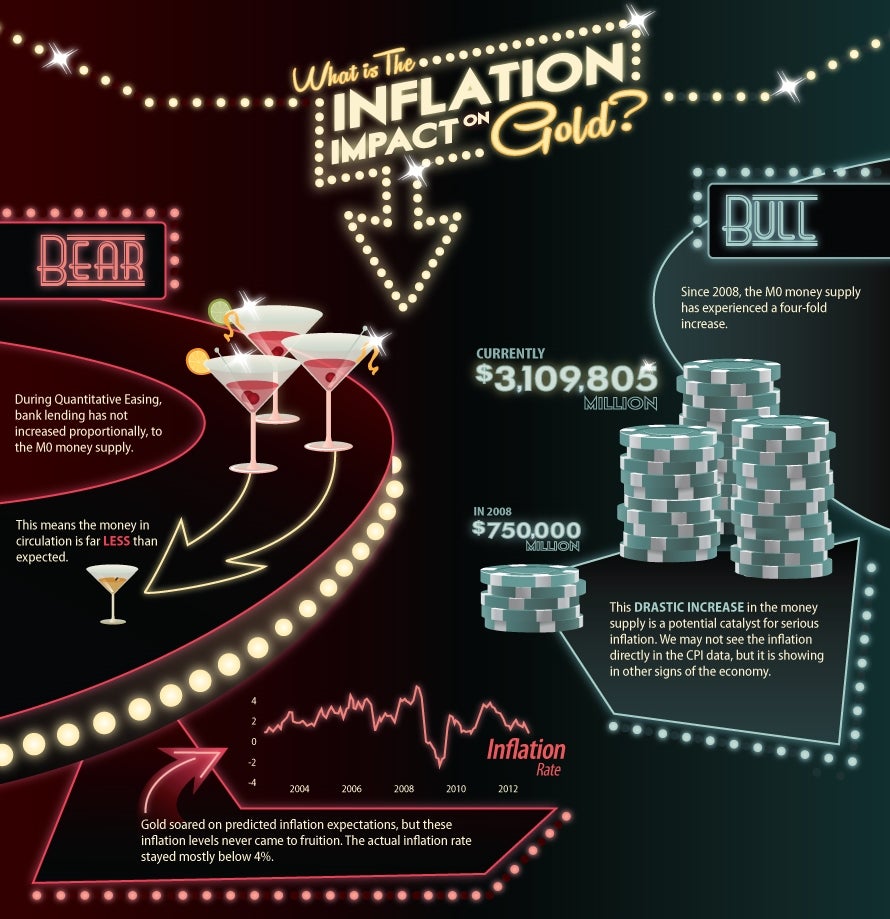 Inflation’s impact on gold usually causes the price of the commodity to increase. When central banks print a large amount of money, it increases money supply, which then leads to inflation. In a bull market this would be the case. The more money that is put into circulation, the lower the value of that currency becomes, thus causing the price and interest in gold to soar.

On the other hand, in a bear market, less money is being put into circulation or money supply. As a result, because gold pays no interest, the price of gold would decrease.

This is due to investors looking to currencies rather than commodities as an investment because of the returns from interest payments.

Global demand, currency markets and the US dollar 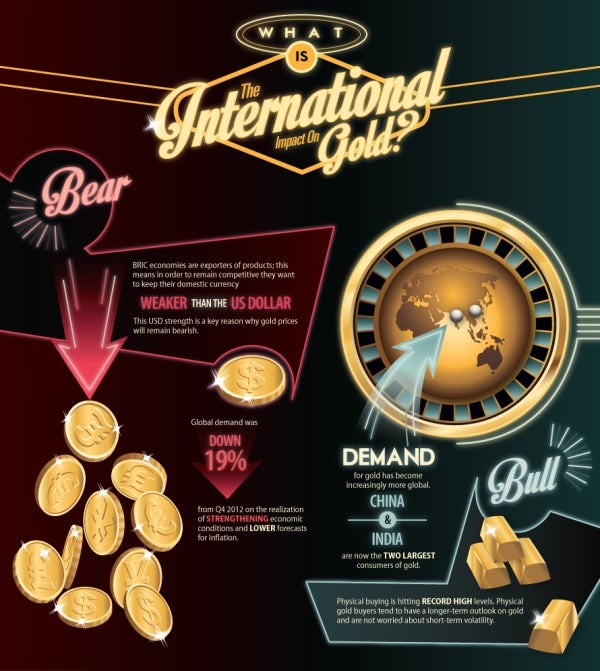 Global demand for gold depends on the strength or weakness of the currency markets. The US dollar is the main source of focus when it comes to buying or selling gold.

When the dollar is strong compared to other currencies, the demand for gold is low. However, if there is any suspicion that the dollar will be weak or lose its value, then gold becomes a secure investment. 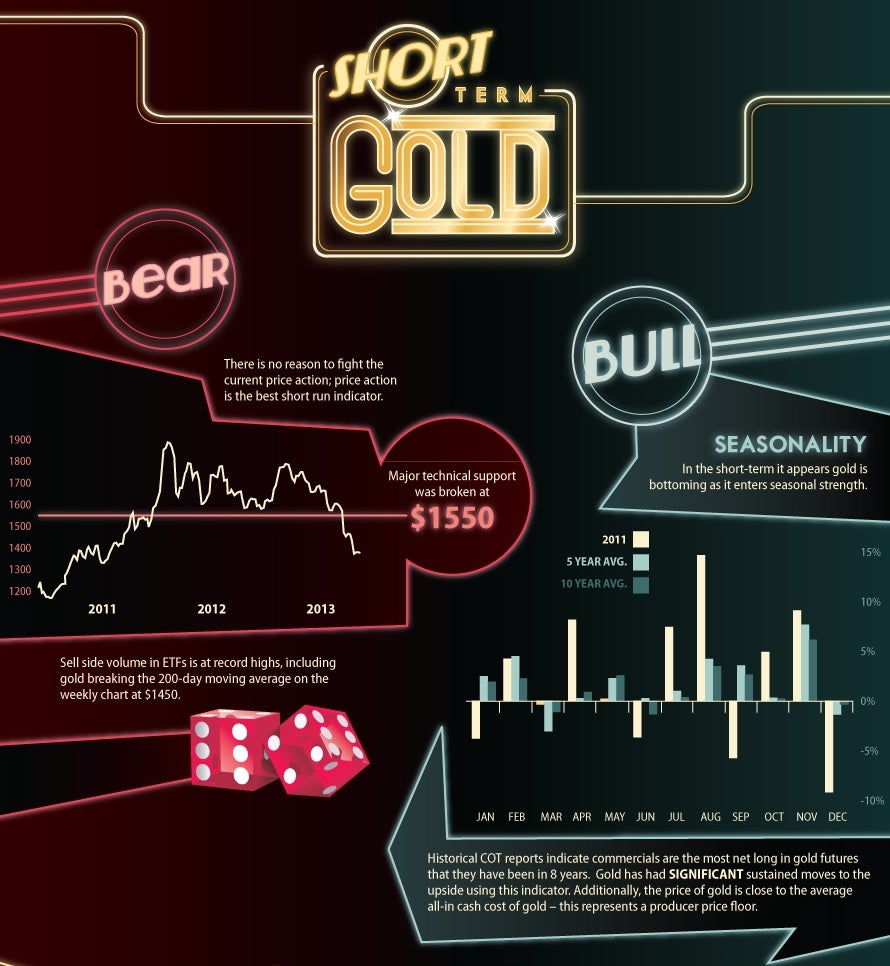 In a bear market, the price action on gold moves down, especially if the selling of exchange-traded funds (ETFs) increases.

On the other hand, an increase in the price of gold along with capital inflows in ETFs may signal a bullish market. 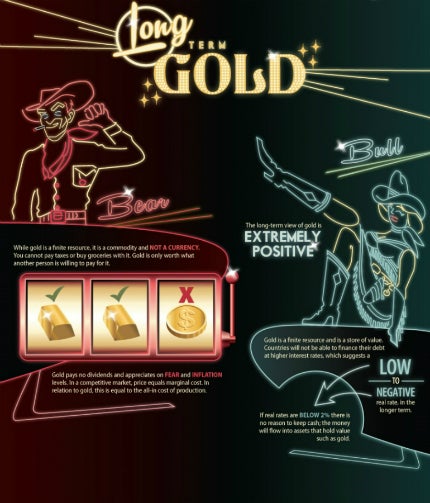 Gold’s price depends on how the market is performing. Because it is a commodity with a limited a supply, gold only retains its value based on what buyers deems it to be worth.

Inflation and lack of trust in an economy or the state of a country’s political situation can cause the price of gold to increase, which is seen in a bull market.

However in a bearish market, the downside to investing in gold becomes the prevailing outlook concerning the commodity. Because gold does not pay dividends or accumulate interest, it may not be the best source of investment.

When a country’s currency value increases, the price of gold then decreases along with the interest in holding money in gold.