Wassara offers the mining and construction industry complete systems for effective drilling in soil and rock, based on our core competence in water-powered drilling. At the heart of all systems is the patented Wassara™ in-the-hole hammer, which is powered by high-pressure water instead of air. It is the use of high-pressure water that brings a number of advantages such as long straight holes, low energy consumption, and a working environment free of oil mist and dust.

Wassara water-powered drilling systems have enabled Swedish mining company LKAB to scale up its sublevel caving operation in the iron ore mines in Kiruna and Malmberget by approximately a factor of two. This is due to the fact that the Wassara system drills very long, straight holes, which results in well-fragmented ore after blasting. This has made it possible to increase the distance between sublevels from 15m to 30m, resulting in large cost savings for LKAB.

The systems also have a number of environmental benefits. The hammer runs on clean water without any oil additives, which results in a working environment free of dust particles and oil mist. Since a high-pressure water pump is much more efficient than an air compressor the energy consumption is roughly 25% of a comparable air drilling system. An additional benefit of this is a reduction of CO2 emissions — highly important in these times of climate change.

The Wassara production drilling system for blast-hole drilling consists of hammers, bits, check valves, drill tubes, high-pressure swivels, high-pressure hoses and electric high-pressure water pumps. It was originally developed for Swedish mining company LKAB, which was in search of a drilling method that could enable it to scale-up its mining operations. Neither air hammers nor top hammers were deemed suitable for this task.

LKAB has currently drilled more than 13,000,000m with the system. More and more mines are now beginning to discover the benefits of the Wassara system.

The advantage of this method is that the blast holes can be optimised regarding direction and numbers with respect to the slot. Blasting is then performed towards the slot.

Stefan Swartling has been appointed Managing Director for LKAB Wassara AB. He assumed his new position in 27 September 2013.

The Wassara technology uses water to power the down-the-hole (DTH) percussion hammer. This makes it the superior choice for many drilling applications where air-powered DTH hammer, top hammer or rotary drilling equipment are normally used.

Wassara technology uses water to power the drilling hammer. This gives unrivalled benefits and possibilities in mining. Wassara meets the need for drilling deeper and narrower, more cost-efficient and more environmentally friendly. This makes the water-powered technology the optimal choice.

The Wassara technology uses water to power the down-the-hole (DTH) percussion hammer. This makes it the superior choice for many drilling applications where air-powered DTH hammer, top hammer or rotary drilling equipment are normally used. 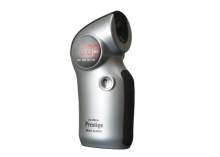 With an ore body 4km long, 80m thick and reaching a depth of 2km, LKAB's Kiruna is the world's largest, most modern underground iron ore mine. Since mining began at the site over 100 years ago, Luossavaara-Kiirunavaara AB (LKAB) has produced over 950Mt of ore, yet only one third of the original ore body has been extracted. 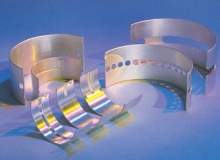 The newest deep gold mine to be developed in South Africa, Target first hit its scheduled mining rate of 17,500t a day i

Stefan Swartling has been appointed Managing Director for LKAB Wassara AB. He assumed his new position in 27 September 2013.

On Friday May 17th, Wassara Limitada received an award from the Chilean-Swedish Chamber of Commerce.

Peter Schmid takes over as CEO at the Swedish mining company LKAB’s subsidiary Wassara AB from the September 1. He will be located at the head office in Stockholm, Sweden. Peter has a Master of Science degree (MSc) in Industrial Engineering and Management and has more than 25 years of

Rana Mines is making considerable investments in a new main level and a change of mining method to sublevel caving, going from open pit to underground mining. Since the design adopted by the mine will require openings and production blastholes longer than what is appropriate for existi

Wassara, renowned for offering complete systems for effective drilling in soil and rock to the mining and construction industry, has launched a new model of the W80 hammer: the W80 N2. The W80 hammer in the upgraded version has an increased piston weight, increased striking velocity an