Paraplug is a blast hole plug ideal for creating air decks in the explosives column at any depth in surface mines. Its innovative and patented design makes it very simple to place the device in the blast hole without the need for auxiliary tools, even when holes are flooded.

Paraplug is used for numerous applications in surface mining operations. For example, reducing the volume of explosives used by creating air decks in the collar zone, and eliminating or reducing the need for sub-drilling by placing the device at the bottom of the blast hole. It is also used to create a protection zone for the coal in through-seam blasting applications and to level drill holes in the pattern to the desired depth.

Improved blasting performance and safety to reduce explosives use, vibrations and drilling costs

The air deck technique is now widely used in surface blasting around the world to improve blasting performance and safety, when measured against the volume of explosives used. Studies show that creating an air deck between the explosives column and the stemming of the blast hole results in savings of 10% to 30%. It also achieves better rock fragmentation.

One of the challenges of this practice is creating the air deck itself. Paraplug’s innovative design is ideal for this; as is also its ability to create a wedge, guiding more of the blast energy into the rock rather than upward out of the blast hole.

Our customers are reaping the benefits of such a technique and are achieving impressive results. For example one customer achieved a 33% reduction in the volume of explosives used, a 14% reduction in metres drilled by completely eliminating sub-drilling and up to 31% improvement in shovel productivity (P&H).

Paraplug can be used in different applications depending on the needs and specific characteristics of the mine. Each application will yield technical improvements and operational benefits with little changes to the blast design.

An air deck in the collar zone between the explosives column and the stemming will result in better fragmentation, and avoid contamination with the stemming material.

An air deck in the bottom of the hole will help reduce or even eliminate sub-drilling, while maintaining the target floor level, saving drilling time and equipment.

Paraplug is used in other applications such as levelling blast hole depth in the pattern and for through-seam blasting in coal mines with narrow seams. For any application where you need an effective separation of different materials in the borehole, Paraplug is an ideal device.

One of the most beneficial applications of Paraplug is its use to create a protection zone for the coal seam in through-seam blasting applications. The operational benefits of such a technique, if done properly, are significant in terms of productivity and costs.

One of the challenges of through-seam blasting is finding a device that can be placed with ease at any depth and regardless of the blast hole condition (i.e. flooded). Paraplug’s use by one of the biggest coal mines in the world for this particular application is proof of how highly it is regarded.

Versatility and simplicity, advantages of the Paraplug

The biggest advantage of Paraplug vs other stemming plugs or similar devices is its simplicity and versatility. The device can be deployed in ten to 20 seconds without the use of any auxiliary tools such as long poles. Also, the device is submersible so can be used just as easily in flooded blast holes as dry ones.

The company’s firm objective is that customers get all the potential benefits of using Paraplug. Potential customers can try the Paraplug without any commitment. We can provide the necessary samples and technical assistance for initial testing at little or no cost to the mine (subject to availability and at the company’s discretion). 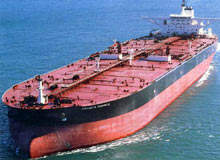 Red Eagle Mining’s San Ramon gold mine is an integral part of the Santa Rosa gold project and is located in the Department of Antioquia, northern Colombia. 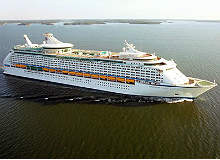 The Deflector gold project located in the southern Murchison region of Western Australia is being developed to operate as a combined open pit and underground operation.