Progress on the development of smart clothing has been erratic. One of the first iterations was developed in 1985: British inventor Harry Wainwright created a sweatshirt that used fibre optics, leads, and a microprocessor to display colour animations. It was not until 1994 and the invention of Bluetooth that smart clothing’s potential began to be realised.

Listed below are the major milestones in the journey of the smart clothing theme, as identified by GlobalData. 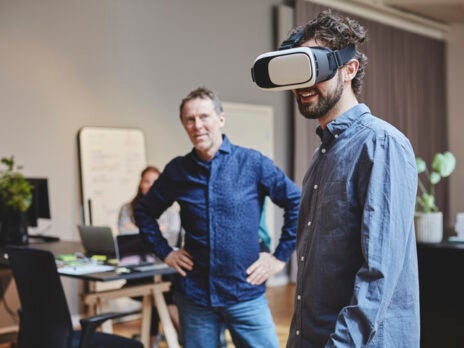 1997 – A computerised machine that implanted fibre optics into any flexible material, including textiles, was developed.

2016 – Arrow launched a smart shirt with a near-field communication (NFC) chip to pair it with Android smartphones.

2019 – Samsung applied for a patent for a smart shirt that can track symptoms of diseases like pneumonia and bronchitis.

2019 – Nike introduced the Adapt-branded self-lacing shoes, which fit themselves to the shape of the user’s foot.

2020 – Under Armour launched smart shoes that include sensors to provide real-time analysis of running metrics.

2020 – Adidas partnered with Google to use the Jacquard technology in GMR insoles for football players.

2023 – Smart clothing will become a $1bn market, according to GlobalData estimates.

2025 – Applications of smart clothing in sports, healthcare, and military industries will gain traction.

2028 – Mergers and Acquisition (M&A) activity will increase as competition in the market heats up.

2030 – The global smart clothing market will worth more than $4bn, according to GlobalData estimates.