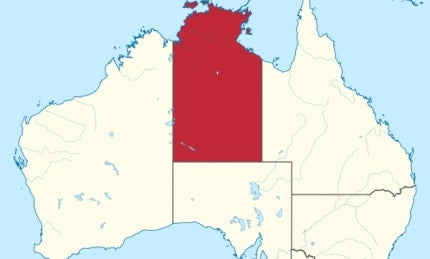 Construction of the iron ore mine commenced in 2012. Mining activities commenced in July 2013 and the first ore was shipped in November 2013. WDR made a 20-year port access agreement with Xstrata for accessing the load-out facilities at the Bing Bong port.

The entire iron ore produced at the Roper Bar project is purchased by Noble Resources under an off-take agreement for a period of five years. Noble also provided a revolving credit facility for meeting the working capital requirements.

Roper Bar iron ore province comprises four exploration licenses granted in the Northern Territory and is extended over approximately 1,900km². The mine is sub-divided into two project areas, Roper bar and Mountain Creek.

Roy Hill iron ore project is located in the Pilbara region of Australia.

The iron ore province is located within the McArthur Basin and extends over approximately 180,000km². The basin comprises sedimentary rocks of late Paleoproterozoic to early Mesoproterozoic ages. The stratigraphy is made up of undeformed and unmetamorphosed sediments of the Mesoproterozoic Roper Group.

At the top of this stratigraphy, an oolitic ironstone formation called Sherwin Formation occurs in outcrop and under shallow cover. The formation comprises all the known iron mineralisation and deposits.

The combined measured, indicated and inferred resources of the Roper Bar mine are estimated at 611.5 million tonnes of iron ore at 40.3% Fe.

A conventional truck and shovel along with drill and blast method is applied at the Roper Bar open pit mine. The blasted ore will be extracted using a hydraulic excavator and dump trucks. It will then be loaded onto haulage trucks and moved to the run-of-mine (ROM) stockpile.

Ore will be transported by a haul road to the Bing Bong port and stored at Xstrata’s facilities before exportation.

"The combined measured, indicated and inferred resources of the Roper Bar mine are estimated at 611.5 million tonnes of iron ore at 40.3% Fe."

Macquarie Bank has provided an interim credit facility of $30m for the mine development. An institutional placement of $17.4m was also raised for the project development. CBA Equities and Ord Minnett were the joint lead managers and book runners for the placement.

Thiess was awarded a three-year mining contract worth $135m for the project. The contractual scope includes mine-planning, overburden removal and operation and maintenance of the plant and equipment.

Wagners Transport was awarded the contract for haulage of iron ore from the iron mine to the Bing Bong loading facility in December 2012.