The Rook 1 uranium project is an underground mining development in the Athabasca Basin in Saskatchewan, Canada. The project is owned and developed by Canada-based mining company NexGen Energy and will focus on exploiting the Arrow deposit, which is claimed to be Canada’s biggest development-stage uranium deposit.

The project is estimated to require a pre-capital investment of approximately C$1.3bn (£734.8m) for a 10.7-year mining life.

Location and geology of the Rook 1 uranium project

The Rook I uranium project is located around 40km east of the Alberta–Saskatchewan border and 150km north of La Loche in Saskatchewan. The project area encompasses 32 contiguous mineral claims that cover an area of around 35,065 hectares.

The Arrow deposit is a vein-style uranium deposit, with mineralisation taking place in open space-filling and chemical replacement. Most of the deposit is housed in semi-pelitic gneiss.

The Rook I project is situated on a large Paleoproterozoic-age, flat-lying, intracontinental, fluvial, red bed sedimentary basin in the southwestern rim of the Athabasca Basin, which covers most of northern Saskatchewan and part of northern Alberta. The base of the Athabasca Group is underlain by Archean to Paleoproterozoic-age crystalline basement rocks, with the Hearne province to the east and the Rae province and Proterozoic Taltson Magmatic Zone (TMZ) to the west.

Mineralisation and reserves at the Rook 1 uranium project

The main uranium mineral at the Arrow deposit is uraninite. The mineralised zone contains various stacked lenses within a 308m zone and remains open in most directions and at depth. Mineralisation at the Arrow deposit is closely associated with narrow, strongly graphitic pelitic and graphitic semi-pelitic gneiss lithology. It occurs from depths of 110m to 980m with an overall strike length of 970m.

The current mining plan based on the feasibility study uses a 0.3% U3O8 cut-off grade, with the mine production schedule envisioned at a rate of 1,207 tonnes per day (tpd) during steady-state production.

The Rook 1 project will utilise underground mining methods based on conventional long-hole stoping. The mining plan involves the use of longitudinal retreat and transverse stopes with a level spacing of 30m and a nominal stope strike length of 12m to 24m.

Underground access to the project will be via an 8m-wide production shaft and a 5.5m-wide exhaust shaft, which will be used for exhaust air and emergency secondary egress. The mining rate is estimated to be 95.5% of mineralised tonnes for both ore development and stopes, with an overall rock dilution rate of 33.8%.

The Rook 1 project is expected to have an average annual production rate of 21.7Mlb of U3O8. The run-of-mine (ROM) ore will be crushed underground to less than 120mm in size before being graded with a radiometric scanner. The crushed ore will be fed to a semi-autogenous grind (SAG) mill and the mill discharge will be fed to the ball mill by gravity. The ore slurry will then be pumped via a variable speed pump to the classification cyclones before leaching.

The leaching circuit will include six mechanically agitated tanks that will provide a ten-hour residence time to oxidise and dissolve the uranium. The solution will then undergo a counter-current decantation (CCD) circuit to wash out dissolved uranium from the leached residue solids, before being passed on to the solvent extraction (SX) circuit to strip uranium compounds off the organic residue.

The yellowcake discharge will be fed to the calciner where the damp uranyl peroxide will be dried. The uranium peroxide will then be oxidized to produce the final U3O8 product.

Infrastructure of the Rook 1 uranium project

The Rook 1 project is currently accessible via a 13km all-weather, single lane road connecting the western portion of the project to Highway 955, which travels north-south approximately eight kilometres west of the Arrow deposit.

The project is estimated to require 14MW of power, which will be supplied by nine on-site power generators fuelled by liquid natural gas (LNG). The LNG will be transported to the site via trucks and stored in a fuel storage area near the generator station.

The water resources for the project will be pumped from Patterson Lake in the southern Athabasca Basin to a storage tank in the headframe building for the production shaft. The effluent treatment plant will treat the water before it is pumped to the administration building.

The pre-feasibility study for the Rook 1 project was prepared by Roscoe Postle Associates (now owned by SLR Consulting) and Wood Canada.

The feasibility study was jointly prepared by Stantec Consulting, Wood Canada and Roscoe Postle Associates, with other technical inputs provided by sub-consultants.

The stope designs for the project were completed using the Deswik Stope Optimiser (DSO) tool provided by Deswik, an Australia-based consulting and technology company. 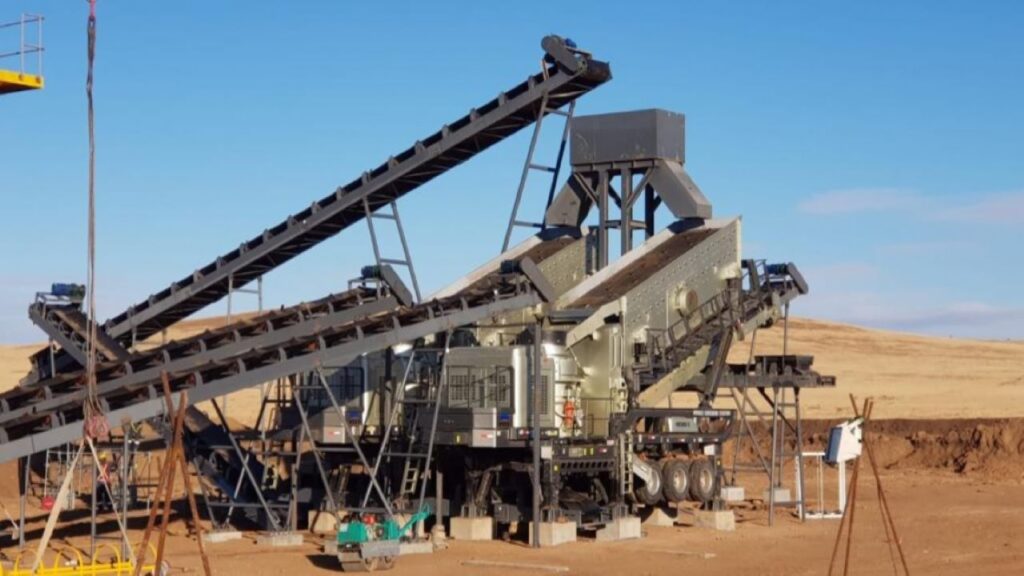