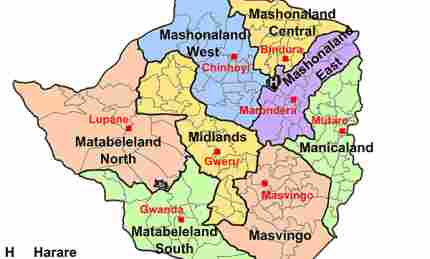 The project is owned by RHA Tungsten, a joint-venture between ZimDiv Holdings, a subsidiary of Premier Africa (49%), and the National Indigenisation and Economic Empowerment Fund (NIEEF) on behalf of the Government of Zimbabwe (51%).

Preliminary economic assessment and concept mining study for the project were completed in August 2013. The project is expected to commence production in the second half of 2014, with an annual output of 192,000t of WO3 (nano tungsten oxide) over a mine life of six years.

Premier Africa Minerals signed a non-binding Memorandum of Understanding (MoU) with an off-take partner in December 2013, to buy the tungsten output of the RHA project.

The RHA tungsten deposit, with approximately 800m strike length and 300m width, is located within the Kamativi Tin Belt in north-west Zimbabwe. It comprises 50 mineral claim blocks covering an area of 1,800ha, of which ten are owned by Premier Africa.

Most of the tungsten mineralisation at RHA occurs in quartz veins and shear zones, within a series of quartz-tourmaline and pelitic schists. The RHA project and the adjacent Tung mine witnessed some small-scale mining at irregular intervals during 1931 and 1979, before Premier Africa Minerals carried out drilling at the site.

The SAMREC code-compliant inferred resources at the RHA project as of September 2013 were 1.09 million tonnes grading 8.7kg/t WO3. The estimated indicated resource stood at 147,000t of ore grading 4.7kg/t WO3.

Mining and processing at RHA project

Ore will be loaded and hauled to the surface using load-haul-dump (LHD) loaders and articulated dump trucks (ADTs). The extracted ore will be transported to the sorting facility of the processing plant where ore will be crushed by a jaw crusher and transferred to the vibrating screen at the crusher plant. Undersized product will be sent to the mill feed bin, whereas oversized ore material will be further crushed in a cone crusher and then taken to the feed bin. The ore from the mill feed bin will be sent to the ball mill for further screening.

The final crushed and screened material will undergo gravity concentration and flotation at the processing plant to obtain the wolframite concentrate, which will be dried and sold. The recovery rate of the RHA tungsten processing plant is expected to be 85%.

Infrastructure at the tungsten site

The RHA tungsten project is accessed through the main Bulawayo-Victoria Falls tar road. Power supply to the mine will be provided by Zimbabwe Electricity Supply Authority (ZESA) through an existing 33kV overhead power line from Hwange. A 1.2MVA diesel generator will also be provided for emergency usage.

"Fresh water for the project will be supplied from a nearby borehole in Lukhosi town, approximately 20km west of the mine site."

The mining fleet to be used in the initial phase of the project will comprise a front-end loader, a 30t truck with drop sides, a 35t mobile crane and four light duty vehicles (LDVs).

Fresh water for the project will be supplied from a nearby borehole in Lukhosi town, approximately 20km west of the mine site.

Ox Drilling was contracted to conduct diamond drilling at the RHA tungsten project.

The mining study and additional drilling activity will be conducted by Royal Haskoning.

SGS South Africa was contracted to conduct mineralogical and metallurgical test works on the drill samples from a section at the RHA project.