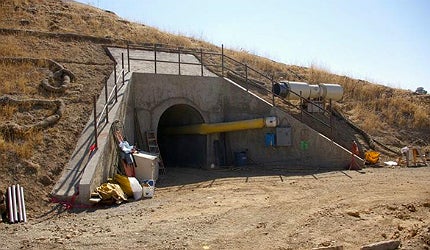 Lincoln gold project is part of the Mother Lode gold belt in Amador County of the state of California, in the US. It is 100% owned and operated by Sutter Gold Mining. The project entails developing the Lincoln and Comet deposits. Underground mining will be used to mine gold from the Lincoln deposit. RMB Australia Holdings is funding the mine’s development and cost of construction.

Sutter Gold finally announced temporary suspension of operations at the mine in March 2014 citing issues with the poor quality and improper placement of the equipment procured. A further $1.2m has been estimated to be invested to bring the mill into operations.

The deposit is part of the Jackson-Plymouth section of the Mother Lode gold belt. It is underlain by steeply dipping metasedimentary and metavolcanic rocks of the Late Jurassic Mariposa Formation. The Mariposa formation is made of a basal slate and greywacke unit, a metavolcanic unit and an upper metavolcaniclastic and metasedimentary unit.

Mineralisation of the Californian deposit

Gold mineralisation at the mine is of the orogenic form. It is found as sheared quartz veins contained within metavolcanic rocks.

The strongest mineralisation is localised within dilation zones along the veins. The veins contain free gold along with one to two percent accessory sulphides. Mineralisation also occurs in the form of sulphide replacement in some areas.

Exploration at Sutter Gold’s Lincoln mine

"The project consists of developing the Lincoln and Comet deposits."

The mining industry was active and thriving until 1942 when operations were closed due to the Second World War. Post war, mining activities became unprofitable due to increase in operating costs. The last mine in the gold belt ceased production in 1958.

In the 1980s, exploration activities were carried out at the Mother Lode to determine the existence of profitable gold deposits. These activities led to the discovery of the Lincoln deposit. The required permits to develop the mine were acquired by 2007.

Exploration and drilling activities are continuing to further delineate the deposit. A total of 101,385ft of diamond drilling had been completed as of October 2012.

"In the 1980s, exploration activities were carried out at the Mother Lode belt to determine the existence of profitable gold deposits."

Construction of the mine portal commenced in July 2012 on the 1300-level and was followed by the construction at the 1200-level in August. Development of the 1000-level was started in 2013. Mining will be carried out at the rate of 150t each day.

The recovered ore will be processed by a gravity and floatation mill. Construction of the mill was completed in 2013 but inappropriate selection of equipment and poor design resulted in a review of the mill infrastructure causing a delay in the operational start.

The run of mine ore will be first passed through a vibrating screen to remove -1in material. It will then be passed through a 10ftx36ft jaw crusher to reduce the size to -1in. Crushed material will be conveyed to a crushed ore bin and transferred to a rod mill.

The rougher gravity tailing will be pumped into a hydrocyclone. Overflow from the cyclone will be passed through rougher flotation cells. The flotation circuit will contain one stage of roughing and one cleaner flotation.

Contractors involved with the Lincoln gold mine

Mining Construction, a local contractor, was awarded the contract to carry out the underground development.

The Mineral Ridge gold mine is located in Esmeralda County, Nevada.

Cripple Creek and Victor Gold Mine, Colorado Springs, US

The Cripple Creek and Victor gold mine (CC&V) lies southwest of Colorado Springs in the US state of Colorado.

Almost 20 years after Crown Resources Corporation submitted an application to mine for gold at Buckhorn Mountain, Washington State, production finally began in 2008 through its now-parent company Kinross.