Expand
The Kintyre uranium project is being developed in the Shire of East Pilbara, Western Australia. Image: courtesy of Roke~commonswiki.
The project is anticipated to produce up to 4,400t of uranium oxide concentrate (yellow cake) a year. Image: public domain.
Exploration drilling being undertaken at the Kintyre project site. Image courtesy of Cameco.
The on-site accommodation village is expected to accommodate up to 250 employees on FIFO roster basis. Image courtesy of Cameco.
The uranium concentrate produced at Kintyre will be transported by road to the Port of Adelaide, for export. Image: courtesy of CJ. 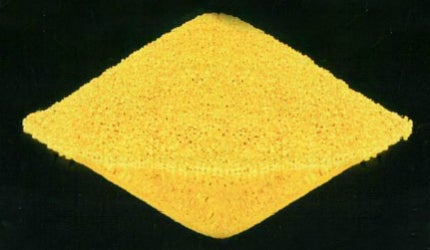 The joint-venture of Cameco (70%) and Mitsubishi Development (30%) is developing the Kintyre uranium project located in Western Australia. The JV acquired the project from Rio Tinto in July 2008, while Cameco will operate the mine.

The proposed uranium project will include the construction of a uranium mine and associated treatment facilities that will produce uranium concentrate for export. It is expected to produce up to 4,400t of uranium oxide concentrate (yellow cake) as U3O8 a year. The project is expected to create up to 450 jobs.

Conditional approval for the project was obtained from the WA Environmental Protection Authority in July 2014 and environmental approvals were granted in March 2015.

The Lake Maitland uranium mine is located in Eastern Goldfields, nearly 95km north east of Leinster and 105km south east of Wiluna.

Located approximately 80km south of Telfer and 260km northeast of Newman at the western edge of the Great Sandy Desert, Kintyre is an advanced uranium project in the Shire of East Pilbara.

The uranium mineralisation occurs as pitchblende veins and is found in the chert banded chlorite garnet magnetite schist at the mine site.

Reserves of the Western Australian uranium mine

According to 31 December 2014 estimates, the mine is believed to contain indicated mineral resources of 4.32 million tonne (Mt) of ore grading 0.58% U3O8. Contained U3O8 is estimated to be 55.2 million pounds (Mlbs).

Mining and processing of ore from the Kintyre mine

“The project is estimated to operate at a mining rate between 15Mtpa and 24Mtpa and process ore at a rate between 0.5Mtpa and 3Mtpa.quot;

Kintyre will be a conventional open-pit that will be mined using excavators and trucks. It is estimated to operate at a mining rate between 15Mtpa and 24Mtpa and process ore at a rate between 0.5Mtpa and 3Mtpa.

The run-of-mine (ROM) ore from the open-pit will be delivered to the plant feed bin or to the ROM stockpile by haul trucks. Ore will be withdrawn from the feed hopper by a vibrating grizzly, which will separate smaller material from larger rocks and feed it to a primary jaw crusher.

Material from the jaw crusher and the grizzly underflow will be screened to prepare the feed to the radiometric sorters into two coarse fractions. The screen underflow will be routed to the milling circuit, whereas the coarse material will pass through the radiometric sorter to sort low-grade materials from waste rock at a defined uranium cut-off grade.

Material from the mill feed bin will be mixed with water and ground in a semi-autogenous grinding (SAG) milling circuit. The grounded material will be leached in a series of cascade overflow leach tanks and the resulting product will be added with manganese dioxide and sulphuric acid.

The leached pulp will be transported to the solid liquid separation circuit, where the solids will be separated from the uranium-bearing solution (the pregnant liquor solution or PLS). The PLS will be filtered using ultra-filtration membranes to remove any remaining solids and pumped to the PLS storage tank.

A conventional solvent extraction system will be used to recover uranium from the PLS to an organic phase, which will be further scrubbed to remove any entrained raffinate or silica. The scrubbed solution will be transferred to a stripping circuit where uranium will be extracted using a stripping agent to form a uranium-bearing loaded strip solution. The barren organic solution, stripped of its uranium, will be regenerated using sodium carbonate and recycled.

The loaded strip solution will be treated with either ammonium or hydrogen peroxide to produce a uranium precipitate, which will be calcined in a rotary calciner to produce a 99% U3O8 UOC.

Power supply to the entire site would be provided by an on-site power station, which will either be an owner-operated or a contract-based supply.

Potable and process water is proposed to be supplied from the nearby bore fields.

Transportation of uranium from Kintyre

Uranium concentrate produced at Kintyre will be tightly sealed in 200l steel drums, packed into shipping containers, and secured using a Kevlar-based strapping system. It will be transported by road from the mine site to the Port of Adelaide for export.

In 2009, Cameco engaged Tetra Tech to prepare the NI 43-101-compliant pre-feasibility study for the project.