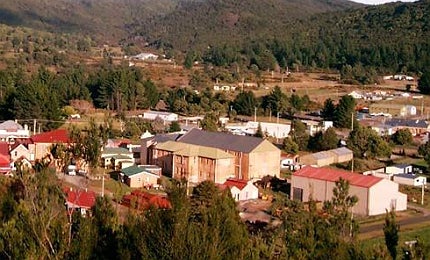 Heemskirk Tin Project, also known as Zeehan Tin Project, is located near the mining town of Zeehan on the west coast of Tasmania, Australia. The project is located just 18km away from Australia’s largest tin mine Renison Bell.

The Heemskirk tin project is 100% owned by Stellar Resources, following the acquisition of Gippsland’s 40% interest in the project in January 2012 in exchange for shares and a royalty.

As of January 2013, the drilling and exploration activities for the tin project were in full swing. The preliminary and the definitive feasibility studies of the Heemskirk Tin Project are scheduled for completion in 2013. Financial closure is also expected to start in the same year.

Construction on the Heemskirk Tin Project is expected to start in 2014 and operations are expected to begin in 2015.

Stellar is upbeat with the encouraging results of the scoping study and the expansion drilling conducted so far in the Heemskirk project site. The project is anticipated to be the second largest tin producer in Australia when it turns into a full-scale operation.

"The Heemskirk tin project is 100% owned by Stellar Resources, following the acquisition of Gippsland’s 40% interest."

Heemskirk Tin project banks on the Zeehan tin deposit, comprising of the Queen Hill, Montana and Severn deposits, which were first identified by Gippsland and Aberfoyle during exploration more than 30 years ago.

The Zeehan tin deposit, however, was not further explored due to low tin prices.

The recovery of tin price towards 2008 prompted Stellar to buy 60% interest, which was held by Western Metals, in the Zeehan deposit. Gippsland had held the remaining 40% interest in the deposit, which was later acquired by Stellar in 2012.

In 2010, Stellar conducted diamond drilling of six holes into the near-surface Queen Hill deposit, which was confirmed to be of high grade mineralisation.

The Heemskirk granite is part of a large D-shaped ingenious intrusion along the west coast of Tasmania near Zeehan. It mainly comprises of two varieties of granite, namely the red granite, which occurs in the upper section, and the white granite, towards the western portion. Both the granite types consist dominantly of quartz, K-feldspar, plagioclase and mica.

Mineralisation at Heemskirk is interpreted as late-stage hydrothermal alteration of greisen veins along pre-existing joints and lineaments. The cassiterite bearing greisen veins typically contain a central core of quartz-topaz-tourmaline. These are also identified with sulphide mineralisation in several areas that include sphalerite, galena, chalcopyrite and bismuthinite.

The geological interpretation indicates higher-grade mineralisation at depth towards south-west of the ore body.

Mining One, an independent mining consultancy firm, carried out the scoping study and was also engaged to provide a JORC compliant resource estimate for the project.

The scoping study was completed in July 2011. It envisaged the economic potential to develop the underground tin mine with a 3.5 year payback, with pre-production capital expenditure of $108m and an attractive rate of returns.

An upgrade of the resource estimate is anticipated in March 2013, based on the recent drilling data at the project site that suggests higher grade mineralisation and significant resource expansion.

In February 2012 a high resolution aeromagnetic survey was completed at the project site, which identified new targets for follow-up drilling. In March 2012, a 10,000m drilling programme was started on the Heemskirk engaging two diamond drilling rigs.

Stellar Resources completed 6,600m of drilling (66% of the drilling programme) by the end of 2012. The drilling was focused on infill and expansion of the Severn deposit that shows downplunge expansion potential to target higher grade ore.

An underground mining method will be employed at the Heemskirk tin mine.

"Construction on the Heemskirk Tin Project is expected to start in 2014 and operations are expected to begin in 2015."

The metallurgical test work conducted on Queen Hill ore sample has suggested that tin can be obtained through the processes of heavy media separation, flotation, gravity concentration and acid leaching.

Metallurgical testing to asses Severn deposit is underway and has shown positive results so far. The design and costing of the proposed processing plant is already underway.

Potential tailings dam sites for the project have also been investigated and placed in an order of preference. The update on the detailed mine design and development is expected in June 2013.

The project has good access to water and power. It also has the location advantage of rail and sealed road connections to the port of Burnie, located 155km north, which makes it convenient for delivering to smelters in south-east Asia and China.