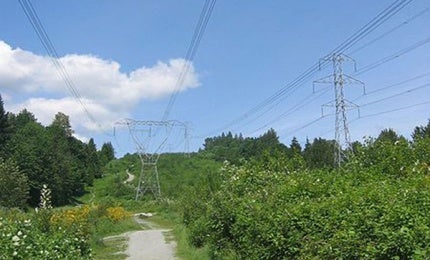 Brucejack gold project is an underground mining operation in the north-western region of British Columbia, Canada. The project produces gold-silver doré and gold-silver bearing concentrate, with an output level of 2,700t a day.

A feasibility study for the project was completed in June 2014 and the British Columbia Minister of the Environment and Minister of Energy and Mines granted the environmental assessment certificate on March 27, 2015. Commercial production is expected to begin in 2017.

Pretivm Resources fully owns the mining property, which is estimated to require a capital development cost of $746.9m.

Brucejack is anticipated to produce around 7.3 million ounces of gold during its 18-year mine life. Average annual production is expected to be 504,000oz of gold over the first eight years, with 404,000oz expected over the full life-of-mine period.

The Kerr-Sulphurets-Mitchell (KSM) mine, owned by Seabridge Gold, is one of the world’s biggest gold-copper projects under development.

The Brucejack project is located approximately 950km north-west of Vancouver and 65km north-north-west of Stewart in the province of British Columbia. The property consists of six mineral claims extended over 3,199.28ha.

The site is largely underlain by volcano-sedimentary rocks belonging to the lower jurassic hazelton group, which overlay volcanic arc sedimentary rocks of the upper triassic stuhini group along the westernmost part of the property.

Brucejack is classified as a transitional-to-intermediate sulphidation epithermal stockwork vein system-hosted gold-silver deposit. It is likely to be associated with a deeper porphyry system within an active island arc tectonic setting.

Most of the mineralisation at the project is contained in sub-vertical vein, stockwork and subordinate vein breccia systems. The vein /stockwork systems are positioned relatively continuously along strike, and possess both parallel and discordant relationships to stratigraphy.

Six major mineralisation zones were identified in the region, namely Bridge, Valley of the Kings (VOK zone), West, Gossan Hill, Shore and SG. Of these, the VOK zone holds the highest grade of gold mineralisation.

VOK zone sits in a series of west-north-west trending sub-vertical corridors of structurally reorientated vein stockworks and vein breccias. It is spread over 1,200m in an east to west direction, 600m north to south, and up to 650m in depth below the topographic surface.

As of June 2014, Brucejack mine was estimated to contain proven and probable ore reserves of 16.5 million tonnes (Mt) grading at 14.1g/t gold and 58g/t silver.

Excavation and ore processing at the Brucejack deposit

Long-hole stoping and cemented paste backfill will be used at the underground mine, accessed via a main decline from the surface portal located near the concentrator. A second decline will also be constructed to convey crushed ore directly to the concentrator by two conveyors.

Ore will be crushed underground in a primary crushing facility at a rate of 173t an hour. The crushed product will undergo primary grinding in a SAG mill / ball mill (SAB) circuit equipped with two centrifugal gravity concentrators for recovering gold-silver nugget grains.

“Brucejack is anticipated to produce around 7.3 million ounces of gold during its 18-year mine life.”

Pulp from the primary grinding circuit will be subjected to conventional flotation to recover the free gold and silver, and their bearing minerals. The flotation concentrate will then be forwarded to the regrinding circuit which comprises of a ball mill, one centrifugal gravity concentrator and ancillary screen, two cyclone feed pumps and four hydrocyclones.

Reground concentrates will undergo three stages of cleaning by flotation in order to produce a final gold-silver-bearing concentrate.

Gravity concentrates from the primary grinding circuit and the regrind circuit will be upgraded by conventional tabling, followed by smelting to produce gold-silver doré.

Gold-silver doré produced will be trucked to the smelter, while the concentrates will be loaded in bags and transported to the horne smelter in Noranda, Québec.

Infrastructure facilities at Brucejack mine

BC Hydro system will supply electricity to the Brucejack project from the Long Lake hydroelectric generation facility. This will require extension of the existing 138kV high-voltage transmission line, which delivers power to the town of Stewart.

Diesel fuel for mobile equipment will be stored in four 50,000l double-walled tanks. Freshwater will come from the water treatment plant or Brucejack Lake, and be stored in a fresh / fire water storage tank.

Contractors involved with the Brucejack development

“Long-hole stoping and cemented paste backfill will be used at the underground mine.”

Alpine Solutions is the provider of the avalanche hazard assessment for Brucejack mine, while Procon was engaged for developing approximately 1,000m of access decline in the Valley of the Kings zone. McCue Engineering is the designer, builder and operator of the water treatment plant.

Rare earth rivals: new issue of MINE Australia out now

All change: threats to China’s stake in Australian mining

Unions threaten strike as Poland plans to move away from coal

The Odysseus project is a long-life, low-cost nickel sulphide redevelopment project in Western Australia. Discovered in 2010, Odysseus is among…

The Escondida copper-gold-silver mine is located in the arid, northern Atacama Desert of Chile about 160km southeast of the port…

Karlawinda is an advanced gold project located in Western Australia. It is 100% owned by Capricorn Metals. The project contains…

Isaac Downs project is a new open-cut metallurgical coal mine being developed in Queensland, Australia. The mine is a part…