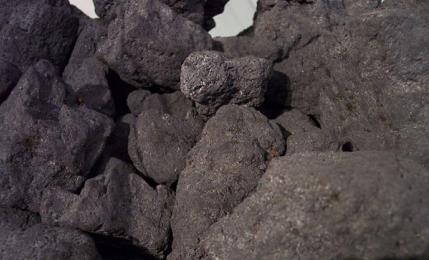 Benga is a greenfield coking and thermal coal mine located in the Tete Province of Mozambique. Environmental approval (EIS) for the mine was granted in January 2010, commercial coal production started in May 2012 and the first coal exports were made in June 2012. The project is expected to produce 2.4Mt of coal a year, of which 1.6Mt will be metallurgical coal and 0.81.6Mt will be thermal coal.

Benga coal mine is owned by a joint venture between Rio Tinto and Tata Steel. Rio Tinto gained a 65% share in the mine in 2011 when it acquired Riversdale, a former co-owner of the mine. Tata Steel owns the remaining 35% and is entitled to off-take a further 40% of the coking coal produced.

Benga mine location, geology and reserves

Revuboè coal mine is located in the Moatize Basin, Tete Province of Mozambique.

The Benga coal mine is located within the Moatize basin of Tete province and lies adjacent to the Zambeze coal project. Benga is part of the Mining Concession 3365C and has a mining license for 25 years.

Moatize is a Precambrian-aged, downfaulted basin hosting numerous structural blocks. The basin is folded into a syncline with its edges plunging 13° to 17° and axes trending north-west-south-east, mainly due to the downfaulting of the sedimentary complexes. The basin comprises 11 coal seams, which dip at an average degree of 15°.

The rocks in the basin are classified into six formations containing coal seams belonging to the early Permian age.

As of 31 December 2013, Benga mine was estimated to contain proven and probable reserves of 112Mt of high-quality coking and thermal coal. The measured, indicated and inferred resources were estimated as 360Mt.

Development of the coal mine

“The project is expected to produce 2.4Mt of coal a year, of which 1.6Mt will be metallurgical coal and 0.81.6Mt will be thermal coal.”

The Benga mine is being developed in three phases, with the first phase expected to process 5.3 million run-of-mine tonnes a year. Approximately 1.7Mt per annum (Mtpa) of high-quality hard coking coal and 0.3Mtpa of export thermal coal are expected to be produced during the first phase.

The second stage is expected to be completed this year and comprises the installation of a second module to the coal handling and preparation plant (CHPP). The module is expected to increase the production of high-quality hard coal and export thermal coal to 3.3Mtpa and 2Mtpa respectively.

The third stage is aimed at increasing the run-of-mine production to 20Mtpa, with the inclusion of two additional CHPP modules.

A conventional truck and shovel method is being applied at the open pit mine. Coal is loaded onto the off-road trucks using hydraulic excavators and then transported to the CHPP.

The CHPP is a two-stage processing plant comprising of a dense medium cyclone, reflux classifier and a flotation circuit with raw and product coal handling facilities. The plant was initially designed for a throughput of 800tph and has provision for further expansion to 3,000tph.

The 2,000MW Benga power plant is being constructed within the Benga Mining Concession area (3365C).

The development is being carried out in two phases, the first will include the construction of a 500MW unit using existing transmission infrastructure and the second will comprise three 500MW units. Thermal coal for the power plant will be provided from the Benga mine.

Shipment and off-take of coal

“The plant was initially designed for a throughput of 800tph and has provision for further expansion to 3,000tph.”

The coal produced from the mine is currently exported to the customers via the Port of Beira. Plans are also being made to export the coal through the Nacala port, upon completion of the Sena railway line linking the mine with the central Mozambique Port of Beira.

Wuhan Iron and Steel Corporation (WISCO), under an agreement made in June 2010, will purchase a minimum of 10% of coking coal produced from the Benga mine.

Contractors involved in Benga mine

MCC Eqstra was awarded the mining contract for the Benga mine. The contractual scope includes open pit mining and associated services for the stage one development of the project.

Sedgman was awarded a contract worth approximately $80m for the procurement, construction and commissioning of the CHPP in June 2010. It was also received $13m contract in December 2000 for supplying long-lead items for the CHPP, while conducting the design and implementation works.

RSV Enco was awarded the engineering and procurement (EP) contract for the coal mine. Its contractual scope also includes infrastructure and logistics management.