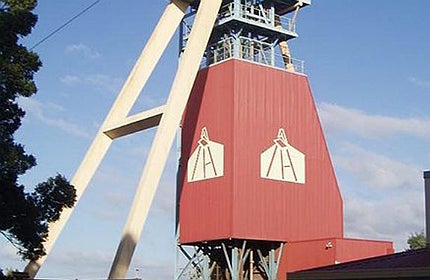 Beaconsfield Gold Mine, one of the biggest gold mines in Australia, is located in Northern Tasmania. The mine has produced 1.95 million ounces of gold during its existence.

BCD Resources was the last owner of Beaconsfield and is estimated to have mined 906,089 ounces of gold since it started mining in 1999.

Beaconsfield mine closure and history

“Reduced gold prices, high costs of ground support and operating costs were stated as the reasons for the closure of the mine.”

BCD Resources closed mining at Beaconsfield mine in June 2012. Reduced gold prices, high costs of ground support and operating costs were stated as the reasons for the closure of the mine.

The final mining was completed on 25 June 2012 after mining to a depth of 1.2km below the surface. For the quarter ending in June, 10,823oz of gold was produced at an operating cost of $786 per ounce. Complete mine closure and rehabilitation is expected by July 2013.

The Tasmanian reef was discovered in 1847. Gold mining commenced in 1877 and continued until 1914. The mine was closed for the first time in 1914 due to high wage demands, lower labour availability and material shortages due to World War I.

The tenement for the mine was acquired by ALX in 1969. Beaconsfield Gold Mines Limited (BGML) acquired the mine in 1987. BGML performed thorough exploration and feasibility studies before commencing the mining operations in 1999.

Geology and reserves of the Tasmanian gold mine

Exploration and mining at the major Australian deposit

Beaconsfield Mine Joint Venture (BMJV) was formed to conduct exploration and commercial operations at the mine in 1992. A pumping station was constructed for dewatering of the mine to 375m. Diamond drilling was also performed to a depth of 375m.

“BCD Resources was the last owner of Beaconsfield and is estimated to have mined 906,089 ounces of gold since it started mining.”

Exploration and diamond drilling activities were performed until 1999. A permanent stage pumping station was installed at 181m level in August 1995.

Alluvial gold at Beaconsfield was first discovered in 1847. Beaconsfield was one of the richest gold mines during the operational period and produced 854,570oz of gold. Mining continued to a depth of 454m below surface. Gold was extracted using gravity, flotation and cyanidation methods.

The main mining activity was conducted above 455m and the area was accessed through Hart Shaft. Ore and waste from the operating area was transferred through a loading pocket. Plate feeder was used to transfer the ore from loading pocket to weight flask and sent to the surface.

Material brought to surface was taken to separate ore and waste stockpiles through a conveyor. Ore was reloaded and taken to mill and dumped on run of mine (ROM) ore pad.

Gold ore treatment at Beaconsfield mine

Gold ore treatment plant was commissioned in 1998 and the first gold bar was poured in September 1999. The treatment plant will now be used for the Lefroy Tailings Retreatment Project. Around 150,000t of Lefroy tailings were treated at the Beaconsfield process plant.

The plant will now be used for processing ore from Stormont mine. Stormont deposits are located 140km from Beaconsfield mine. The work will be executed by 24 workers for a period of three to four months.

A minor earthquake at Beaconsfield mine resulted in a landslide in April 2006. When the incident took place, 17 miners were present inside the mine and 14 of them escaped immediately during the slide.

Three of them, however, got struck. One of them was killed and the other two were rescued safely after two weeks of rescue operations. Mining works recommenced in June 2006 and continued until 2012.

Batepro Australia and Brown & Root Engineering and Construction were assigned the contract to design, supply, construct and commission a gold treatment plant in 1998.

Tindals gold mine is located 35km west of Kalgoorlie near the town of Coolgardie in Western Australia.

The Fimiston open pit mine, also known as Super Pit and Golden Mile, is the largest open pit gold mine in Australia, measuring 3.5km in length, 1.5km in width and 360m in depth.