Samarco and its owners, BHP Group and Vale, have agreed to increase their compensation offer to more than R$100bn ($19bn) for a mine waste disaster that occurred in 2015.

In addition, it is nearer to the prosecutors’ public civil action of R$155bn for compensation, which they had used as a benchmark.

Last week, officials said that BHP Group and Vale were ‘far from agreeing’ on a final agreement. 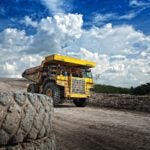 They said it would undertake the measures required to obtain reparation if the companies fail to make a ‘minimally worthy’ offer to repair the damage caused by the dam collapse.

The increased amount of compensation would result in additional provisions for the companies, which have already spent R$23bn ($4.4bn) through their Renova Foundation.

The parties have advanced talks for a final multi-billion-dollar settlement since last week, but are currently considering an agreement on the time frame for disbursement.

BHP said deliberations are underway, while Samarco stated it is ‘open to discussions’ for signing an agreement to support efficiency in repairing the damage caused when the dam broke.

Last month, BHP Group reported a 34% rise in profit from operations for the 12 months to June this year, driven by higher commodity prices.

The company’s profit from operations increased from $25.5bn to $34.1bn year-on-year, while its attributable profit for the year was $30.9bn.