Tesla Motors has filed a patent on a new extraction method of lithium from clay materials. Titled ‘Selective Extraction of Lithium from Clay Minerals’,  the process was first alluded to by CEO Elon Musk at Tesla’s Battery Day in September 2020.

The patent sets out a new method of extracting lithium from ore using sodium chloride and, according to Tesla, it offers an environmentally friendlier way to obtain the metal than currently used techniques such as acid leaching.

Lithium is critical to producing long-life batteries used in electric vehicles (EV), acting as a gateway that allows renewable energy to be released steadily and reliably. As EVs continue to gain a more significant market share and governments phase out fossil fuel-burning modes of transport, the demand for lithium has begun to soar.

According to the latest   by the European Automobile Manufacturers Association EV registrations rose by 53.3% across the EU. In the report: ‘Minerals for Climate Action’, published by the World Bank, it is expected that 5× more lithium than is currently mined will be necessary to meet global climate targets by 2050.

"Tesla has filed a new patent on lithium extraction, offering an environmentally friendlier means of extraction than current techniques." 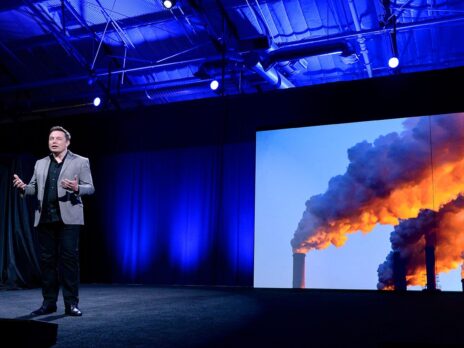 Thank you. Please check your email to download the white paper.

During Battery Day, Tesla’s Senior Vice President of Engineering, Drew Baglino, said that Tesla has already developed this new extraction process, and it could “result in a 33% reduction in lithium cost”.  If true, this would represent a significant step in supporting further EV market penetration and allow for the production of low-cost lithium batteries to a larger consumer base.

Musk, talking to Electreck  explained the environmental upside of the process: “What is the best way to take the ore and extract the lithium and do so in an environmentally-friendly way? We have been looking at it from a first principle physic standpoint, instead of just the way it has always been done.

“We found that we can actually use table salt, sodium chloride, to basically extract the lithium from the ore. Nobody has done this before, to the best of my knowledge.”

The patent, as   by Electrek, refers to this exact process explained by Musk, offering a solution to the main concerns with the current method of extraction. Tesla has already purchased 10,000 acres of land in Nevada, where it plans to mine lithium.

The announcement has also caught the attention of many mining companies eager to partner with Tesla in deploying this new process. Canadian miner Spearmint Resources reminded Musk that not far away from his Gigafactory 1 in Nevada, the Clayton Valley lithium-clay project is being developed to supply the local market.

If successful, the new extraction process could represent a significant breakthrough in lithium-ion battery and EV development, assuaging many of the concerns that come with conventional lithium extraction methods. However, the Tesla patent also notes that due to the clay material comprising one or more additional minerals, high lithium loss from the subsequent removal of the impurity elements  may significantly lower overall lithium extraction efficiency.

Askari Metals to acquire stake in lithium project in Namibia