Rio Tinto initially said it would only provide key findings of the review to the government; it has now committed to releasing the review in full. The company has appointed former Australian high commissioner to the UK Michael L’Estrange to lead the review following weeks of criticism in the press, on social media, and from major shareholders. Rio Tinto executives last week met in London to explain the rationale for the Juukan Gorge destruction to shareholders.

L’Estrange has been a non-executive director of Rio Tinto since 2014. His remit is to review the company’s heritage management processes in light of the Juukan Gorge incident and make recommendations to improve its internal governance. The review will seek to gather input from Rio Tinto employees and the Puutu Kunti Kurrama and Pinikura people (PKKP), the traditional owners of the now-destroyed Juukan Gorge caves.

Rio Tinto focused on “what it can get away with”

Professor Glynn Cochrane spent 20 years implementing Rio Tinto’s social performance programme. Yesterday, he told the ABC that the communities and social performance function inside Rio Tinto is now an “orphan”. He said he felt the need to go public with his criticism of Rio Tinto on behalf of colleagues who felt they couldn’t speak out.

“I care about the company, I care about the people [still there] and I don’t think it’s going in the right direction,” Cochrane said, as he urged the Rio Tinto board to take a more assertive approach. “They are the custodians, they’re the ones who ought to be setting the direction and pace of change, saying what the company stands for, not what it can get away with.” 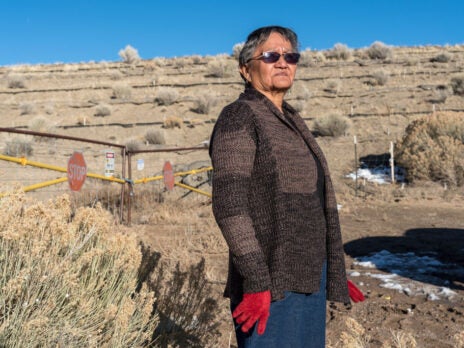 It chimes with claims that Rio Tinto did not effectively communicate with and listen to the traditional owners of Juukan Gorge. Rio Tinto has pledged that it will support reforms to the Aboriginal Heritage Act, which has a clause whereby companies can be granted government approval to destroy Aboriginal heritage sites. Both the federal Australian government and the Western Australian government are reviewing heritage protection laws, but Western Australia’s Minister for Indigenous Affairs Ben Wyatt has refused to place a moratorium on approvals for the destruction of heritage sites in the state while new legislation is worked on, and indeed Wyatt approved BHP’s move to destroy upwards of 40 Aboriginal heritage sites in the Pilbara region just three days after the Juukan Gorge incident made global headlines. BHP has since put its expansion in the Pilbara on hold to further consult with indigenous groups.

The Aboriginal Heritage Act 1972 was designed to protect Aboriginal heritage, with Section 17 of the legislation forbidding any damage or destruction to Aboriginal sites. Section 18 of the Act allows companies to receive government approval to essentially flout the rules set out in Section 17 and proceed without fear of repercussion. It’s a long-criticised piece of legislation, and a review has been a long time in the making.

Birkbeck, University of London archaeologist and anthropologist Dr Lawrence Owens called the Aboriginal Heritage Act “a tragically useless, outdated and misinformed piece of governmental legislation”, and said the legislation is not fit for purpose: “This legislation wasn’t even in touch with the times; it is utterly out of depth with our own.”

Owens explained the significance of Aboriginal heritage, and the failure of white colonisers to understand the culture and heritage of Australia’s indigenous population: “The 232 years that European powers have laid claim to Australia is 0.3% of her entire occupation history. Aboriginals were massacred, displaced, raped and oppressed. Their descendants have been systematically discriminated against, their ways of life dismantled, and now their heritage is being systematically destroyed.

“The discord between one of the world’s oldest cultures and one of the newest is almost total. Western groups seem unable to grasp how aboriginals view their heritage, their land, and their place within it. In Aboriginal culture, the entire landscape is alive with signs, routes, stories, legends and paths connecting different peoples across thousands of miles, and thousands of years. Except for certain places like the Murray/Darling River Basin, Aboriginal lifestyles were usually highly transient, so there are few monuments in the sense that Europeans – accustomed to henges, castles and stately homes – would recognise as being so.”

Ben Wyatt’s counterpart in the federal government, Ken Wyatt, has taken a tougher stance; following the Juukan Gorge destruction he pledged to work with the Western Australian government and the Prime Minister’s office “to ensure that we do not have a repeat of the destruction of any Aboriginal site in this country.”

With the ball rolling on new legislation, all eyes are on the historically miner-friendly state and federal governments to see how far their newfound commitment to Aboriginal heritage will go.