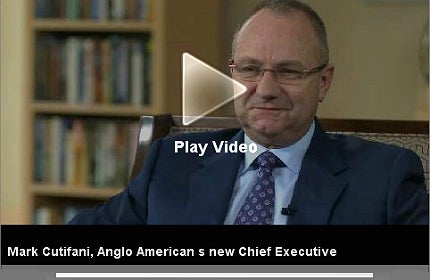 Anglo American‘s newly-appointed CEO Mark Cutifani has his work cut out for him. Not only is he about to head up the world’s fifth-largest mining company in a market plagued by uncertainty and instability, he must also dig the major diversified firm out of a deep hole of financial loss and negative shareholder returns.

When Anglo chief Cynthia Carroll resigned in October, she left behind the troubled Minas-Rio iron ore project in Brazil, which has suffered severe delays because of rising development costs and falling iron ore prices.

"Since Carroll took the reins in October 2006, the company has delivered a negative shareholder return of just 13%."

Deutsche Bank said at the time of her resignation that Anglo American has spent about $9.85bn on the project, including the original acquisition cost of $6.6bn, but valued the mine at just $4.3bn.

Carroll had also been criticised for overpaying on deals, such as the purchase of a 40% stake in the world’s leading diamond producer De Beers for $5.2bn. Royal Bank of Scotland analyst Nick Hatch calculated that Anglo has overpaid for the stake by around $1bn.

Shareholders have become increasingly disgruntled with Anglo in recent years and since Carroll took the reins in October 2006, the company has delivered a negative shareholder return of just 13%, way short of the 127% and 51% returns achieved by BHP Billiton and Rio Tinto during the same period.

The ex-chief has denied that her resignation was prompted by shareholder pressure, saying on a conference call that "it’s never a good time to leave…but I think it’s time to pass the baton".

Anglo’s new man at the helm

Last week, Cutifani announced his intentions to win back the confidence of shareholders and employees.

"He sounds confident about Anglo American’s future, but it seems Cutifani has already resorted to desperate measures."

In 2012, Amplats’ operations were badly hit by illegal strikes, which led to a revenue loss estimated at $80m. Activists from the Association of Mineworkers and Construction Union have warned that they will shutdown production again if the cuts are made as planned. A former chief executive of AngloGold Ashanti, Cutifani is well acquainted to using his leadership to bring about change.

He introduced a ‘Safety is our first value’ campaign within the company shortly after resuming his position in 2007, and in his first two and a half years in office, AngloGold reduced the number of fatalities within the company by 70%.

Now CEO of Anglo American, Cutifani’s goal is to create value "by being smarter and quicker than our competitors," he said in his first interview as first in command.

He sounds confident about Anglo American’s future, but it seems Cutifani has already resorted to desperate measures to turn the company around.

In a somewhat bizarre attempt to better engage with communities and stakeholders, Cutifani revealed that he had recently visited the Vatican to ask the Pope for advice.

"I said to him, ‘we don’t know how to engage those NGOs, can you help us understand where we might start the conversation. We’re not asking you to be a partner, we know that’s a difficult conversation, what we’re coming here to do is to listen, and try to understand how we can engage in a different conversation as an industry’," Cutifani said.

The Minas-Rio iron ore mining project is situated in the states of Minas Gerais and Rio de Janeiro in the south-eastern region of Brazil.

Forecast spending for 2012 has been lowered as government officials confirm the UK will pull out of Afghanistan by 2014.Production at South Africa’s mines has suffered numerous setbacks, including strikes and a decline in the operating environment, causing a major headache for Anglo American, one of the world’s biggest producers.

Global Cobalt Mining to 2024 - Update with Impact of COVID-19