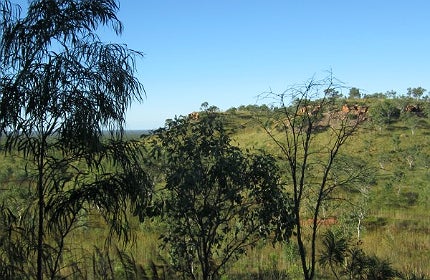 Located in the Canning Basin mineral sands province in Western Australia’s Kimberly Region, it contains two heavy mineral sands prospects – the large-scale, high-grade Thunderbird deposit, which is in the top tier of these assets globally, and the smaller, deeper western target, Argo.

But this area is not only world-renowned for its promising mineral sands deposits – it also happens to house some of the most fragile ecosystems on the planet, which, if disturbed, are extremely vulnerable to population loss, and, in severe cases, extinction.

Rigorous assessments, therefore, need to be completed before permission is even granted to mine, making it absolutely essential for companies such as Sheffield Resources to team up with specialists in environmental management and monitoring, who are well-versed on the Australian regulations surrounding this issue.

In the case of the Thunderbird site, Sheffield Resources has commissioned ecologia Environmental to complete all biological assessments, including Level Two surveys for vertebrate fauna, short range endemic fauna, stygofauna, troglofauna, flora and vegetation. Elly Earls caught up with ecologia’s general manager Dr Lazaro Roque-Albelo and botany team leader Dr Renee Young to find out more about the challenges involved in this process.

Elly Earls: Few ecological habitats are as fragile as those found on Australia’s remote peninsulas. What makes these areas so sensitive?

"Terrestrial species can only disperse to and from the adjacent mainland because much of the area is bordered by sea."

Dr Lazaro Roque-Albelo: The environment on the Dampier Peninsula and other peninsulas throughout Australia is sensitive to impact due to a complex interaction of a number of factors, including climate and isolation.

One of the most pertinent factors in these regions is the isolation; terrestrial species can only disperse to and from the adjacent mainland because much of the area is bordered by sea.

This reduces the amount of gene flow in and out of an ecosystem, which can result in unique communities, endemic species and species on the edge of their population, much like those on islands.

These species and communities are more fragile to change, as the impact of a comparable project is greater when it impacts a geographically-restricted population compared to a widespread community or species. So, care must be taken to maintain the habitat connectivity of peninsulas with the mainland.

EE: What consequences could irresponsible mining have on these fragile habitats?

LR and Dr Renee Young: It is imperative that we have a sound understanding of the flora and fauna (vertebrate and invertebrate) in an area so the impacts to the environment can be accurately assessed.

This is particularly important in areas where survey effort has historically been low and there is a higher potential to identify new species and / or expand the known distribution of previously known species.

Not completing these environmental assessments could result in significant population loss to rare and geographically-restricted fauna, and, in the worst case scenario, extinction of a species.

EE: Because of this, the Australian Government has mandated rigorous environmental assessment before companies are granted permission to mine sensitive areas. Could you give me an overview of the current regulations in place?

LR: Any development project, whether it is by a mining company, government body or commercial industry, needs to be approved by a regulatory body.

The level of assessment that a project will be subjected to depends on the level of impact.

But, generally speaking, in order to have a project approved, the proponent has to demonstrate that they are not having a significant impact, or if there are significant impacts, that these can be adequately managed.

Some strategies to manage these impacts may include the avoidance of sensitive areas, ongoing monitoring of impacts, provision of offsets or others, depending on the nature of the project and impact.

EE: Looking at the regulations more specifically, which are the most challenging for mining companies to satisfy?

LR and RY: The most challenging regulations to satisfy will vary from project to project, depending on the size, location and species that occur there.

"Any development project, whether it is by a mining company, government body or commercial industry, needs to be approved."

But the most rigorous form of assessment within Western Australia comes from a Public Environmental Review (PER), which generally applies to projects that are of regional or state significance with a number of significant environmental issues.

This level of assessment requires a detailed assessment to determine what, if any, management responses are appropriate and a public review period before the Environment Protection Authority (EPA) considers the proposal.

EE: How do the regulations in Australia compare to those in the rest of the world?

LR: I come from a Latin American country and have been working for many years on very sensitive environments such as the Galapagos Islands and the Amazon Rainforest, and I can certainly assure you that Australia has world-class environmental laws and regulations.

The system that we do have here, if well implemented, assures the sustainable development of the areas. The challenge is how to implement the regulations.

EE: Tell me about any particular challenges you believe you will face working on the Dampier Peninsula.

LR and RY: The optimal timing for biological surveys on the Dampier Peninsula is just after the end of the wet season.

At this time of year the temperatures are hot and the humidity high, which generally means that the plants are growing rapidly and the animals are active; however, it can make the physically demanding work even harder.

Our biological team alternate between digging holes for fauna traps, often in rocky conditions, and walking substantial distances though the thick Sorghum grasses and Pindan vegetation to survey the vegetation of the study area.

EE: Why is your team particularly well suited to this project?

"The system that we do have here, if well implemented, assures the sustainable development of the areas."

LR: ecologia is widely experienced in biological surveys on the Dampier Peninsula, having completed a number of projects in the region during the past couple of years.

We are particularly suited to the current project as we completed a preliminary biological survey and Cultural Heritage survey for Sheffield Resources in 2012.

This background gives us a great platform to plan and execute a rigorous and targeted approach, tailored specifically to the project area, satisfying the needs of the regulators and our client.

Due to the comprehensive capability of the ecologia team, we are able to mobilise a team of multiskilled personnel, along with senior specialists in their field to undertake combination surveys that maximise efficiencies in the field and provide the best value for money.

Few biological surveys have been conducted in this area of the Dampier Peninsula and this also presents a great opportunity for us to collect valuable data on the species present and their distributions.

Members of the Australian Paralympic Committee (APC) are inspiring the mining workforce to take health and safety seriously.