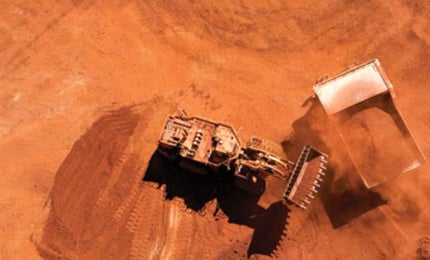 For Australians, 2013 will be remembered as the year the federal government got duped by the mining industry.

As the big three nodded their heads and agreed to a 30% tax on iron ore and coal profits during a cabinet meeting in June 2010, Prime Minister Julia Gillard and her colleagues, Treasurer Wayne Swan and resources minister Martin Ferguson, were unaware that a plan to raise $2bn would make them a laughing stock three years down the line.

This month it was revealed that the Minerals Resources Rent Tax (MRRT) raised just $126m, due to considerable flaws in the agreement, including a promise to reimburse miners for their state royalty payments.

Now the Greens and Independents are calling for the levy to be redesigned, while the Liberal Party of Australia proposes scrapping the policy altogether. Meanwhile, analysts have expressed concerns that the Labor government will expand the MRRT to other commodities, such as gold, if it is re-elected in September.

But in a market plagued by low commodity prices, high labour costs and zero profits, is a tax on mining sustainable?

"In a market plagued by low commodity prices, high labour costs and zero profits, is a tax on mining sustainable?"

It would seem the MRRT was doomed from the start.

What began as a 40% tax on all metals and minerals, including uranium, gold and nickel, was whittled down to a 30% tax on coal and iron ore profits only. Swan blames commodity price volatility for the failure of the tax to raise $2bn in revenue. But shadow assistant treasurer Mathias Cormann says the Treasurer should be held responsible for the "fiasco".

"Wayne Swan overestimated the gross revenue from the MRRT and underestimated the cost of the various concessions he and Julia Gillard made in their MRRT Heads of Agreement," Cormann said in a statement earlier this month.

"Any managing director or chief financial officer of a publicly listed company who came in more than 90% below target on a key revenue measure like this would have been forced to resign."

One concession Cormann speaks of is the promise to deduct all state royalties, including – crucially – royalties charged after the mining tax came into effect.

"It was revealed that the Minerals Resources Rent Tax (MRRT) raised just $126m, due to considerable flaws in the agreement."

This opened a window of opportunity for states to increase their tax revenues, and increase them they did.

In September 2012 Queensland, New South Wales and Western Australia announced $3.3bn in royalty rises during the next four years.

Unfortunately for the federal government, royalty rises have further dented MRRT revenues as they are deducted from mining profits prior to the calculation of the mining tax.

A senior Labor minister affirmed this month that the government does not intend to redesign the MRRT to stop states jacking up their taxes, despite plans by the Greens to conduct a wide-ranging inquiry into the performance of the policy.

And shadow treasurer Joe Hockney told parliament on February 12 that altering the MRRT would mean "walking away from an agreement with the miners" and creating uncertainty for investors and the resources sector.

The resources sector is likely to take centre stage in Australia’s 2013 election campaigns, as voter support for the MRRT is tested once again. But, given outcomes of the policy, does it have a future? Some analysts fear if Labor is re-elected, MRRT will be expanded to more commodities.

Northern Star Resources managing director Bill Beament told the Australian in January: "I do get worried that [the MRRT] could get extended to other commodities. They’ve got something in now, and it’s always hard to remove something that’s in."

"Some analysts fear if Labor is re-elected, MRRT will be expanded to more commodities."

But one Australian resources portfolio manager isn’t so concerned. "Given the complete failure of Labor to affect this policy on the two most profitable commodities, I doubt they could make it stack up," said the analyst, who preferred not to be named.

"Gold is always a possibility, but most large producers are now domiciled offshore so that would create its own problems. The high AUD and operating costs of most commodity industries at present would make this difficult to implement. It’s more likely that higher taxes on wealthy earners will be looked at. This is a "left wing" government and the chances of re-election are falling all the time."

If the MRRT is going to make any revenue from iron ore and coal in the future, volumes and / or prices would need to be considerably higher than today’s levels. Iron ore prices hit a low of $87 a tonne in September 2012 before rising above $150 a tonne – the price point at which PwC Australia suggested the MRRT will bring in revenue. But analysts predict that prices will drop back to around $100 in 2013.

Putting aside any views on the rights or wrongs of the MRRT, the Australian resources portfolio manager concludes that the mining industry "totally out-played" the government on this issue, which will stay as a "very visible failure of policy."

Winning and Retaining Business in the Australian Mining Equipment Sector, 2014