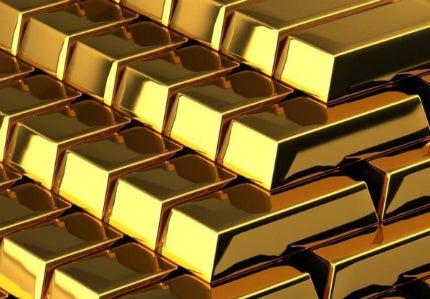 Alexandra Carrera: What made you focus on the St Ives Goldfields?

Professor Zheng-Xiang Li: The Eastern Gold Fields are one of the world’s most important gold-producing regions, and the St Ives Goldfields is a region most intensively studied by geologists and geochemists, and has a comprehensive set of data available for our spatial analysis.

"Without the major faults that channelled the metal-bearing fluids to the small faults, there would be no deposits."

ZXL: Previous studies of gold deposits in the Yilgarn Craton already identified the importance of smaller faults in hosting most of the gold deposits. However, this is not to say that large faults are not important.

The relationships between major faults, subsidiary faults and gold deposits can be compared with the trunk of a fruit tree, the small branches / twigs, and the fruits. Without the major faults that channelled the metal-bearing fluids to the small faults, there would be no deposits.

Our work, through an independent statistical analysis of the relationships between gold mineralisation and a number of potential controlling factors, confirmed that a particular type of smaller faults, i.e. those formed toward the later stage of the major tectonothermal event in the Yilgarn Craton with a dilational nature, is one of the major factors that determined the final resting places of gold.

Another important factor is granite intrusions that drive fluids circulation, and possibly provided favourable chemistry and some of the deposited metals. Interestingly, the granite intrusions also occurred later in the sequence of events.

AC: How will the use of satellites and aircraft improve the chances of gathering information and creating a more accurate mineral map?

ZXL: Because much of Australia is remote, and often covered by a deep weathering profile, recent sediments such as desert sand, or vegetation, it is important to obtain geological information using techniques that can "see through" this cover. Using airborne technologies is also a way of gathering a large amount of data coving the vast remote continent quickly and economically.

"St Ives Goldfields is a region intensively studied by geologists and geochemists, and has a comprehensive set of data available."

There are two general types of remote sensing technologies. One is potential field measurements such as magnetics and gravity. Such data would allow us to see through the surface cover. Another is for censoring reflected "lights" from the Earth’s surface, providing information about the type of minerals that build up the ancient rocks and recent sediments found on the Earth’s surface.

Using mineralogy, geologists can infer, for example, the thickness of the overburden and the source of sediments, but also the type of bed rocks occurring beneath the weathering profile. For this, there are remote sensing technologies that are specifically designed to distinguish rock forming minerals.

One of those systems includes airborne hyperspectral sensors, such as the HyVista Corporation’s HyMap sensor that can map vector minerals for gold deposits down to about 4m/pixel resolution. These data can be compared with the preliminary prospectivity maps to enhance their accuracy.

AC: What is so special about the Argo-Junction region?

ZXL: The Junction region is interesting because the deposits there appear to be related to dolerite intrusions (dolerite is a magic intrusive rock that are chemically different from granite). Regionally such a linkage does not appear to be strong.

AC: What in the structure and chemical features of St Ives makes it such an excellent source of gold deposits?

ZXL: A number of factors possibly contributed to the endowment of the St Ives area, including, but not only: 1) located at a major crustal shear zone in a cratonic margin setting, 2) right timing of formation or opening of major structures to act as fluid pathways, 3) Greenstones and felsic rocks providing a chemical environment contrasting possibly externally sourced mineralising fluids, and heat energy that drives fluid circulation.

AC: What kind of chemical environment is needed for gold to form?

ZXL: Research done by CSIRO and Western Australian Universities has shown that gold deposition has possibly occurred in a chemical environment where externally sourced fluids were in disequilibrium with the local host rocks and ambient fluids. In the case of the Eastern Goldfields, it appears that oxidised, CO2-rich fluids have possibly played a major role in the gold deposition, when they passed through a relatively reduced environment of the local host rocks.

AC: Would it be possible for you to briefly describe Spearman coefficients?

ZXL: Spearman coefficient is a statistical measure for the degree of correlation between two datasets; in our case, the correlations between gold mineralisation and potential controlling factors.

AC: Could the method used to detect gold deposits at St Ives be used at other mining sites?

ZXL: Yes, the method we developed here can be tuned to suite other metal deposits as well. The method / approach can be applied to much of the Eastern Gold Fields. It can also be trained for other mineral provinces where some early exploration data and results are available.

AC: Why is it that the Boulder-Lefroy Fault Zone has the highest concentration of gold deposits?

"There are remote sensing technologies that are specifically designed to distinguish rock forming minerals."

Research led by Western Australian Universities has shown that the age and chemical composition of the rocks are substantially different here, when compared to older rocks in the Western Yilgarn.

The Boulder-Lefroy Fault is part of a possibly deep-rooted fault system that taps into the lower parts of the lithosphere, which could be important for the access to mineralising fluids.

World-class mine restoration in the Amazon and beyond

Principal environmental scientist Peter Whitbread-Abrutat embarked on an expedition across the Americas in a quest to learn more about land restoration.