Brazilian miner Vale is reportedly anticipating binding bids for its Moatize coal business in Mozambique this month, as it plans to exit the coal industry.

Vale finance vice-president Luciano Siani was cited by Reuters as saying during a conference call: “We have already received some indicative proposals to sell the business. Now we expect to receive binding offers in early November.”

The sale of the asset comes in the wake of the company booking an almost $2bn impairment charge on its coal business, which was reported in the Q3 2021 results.

Siani said that the company would sell the Moatize coal mine project, which has been unable to accomplish its annual production target of approximately 12 million tonnes. 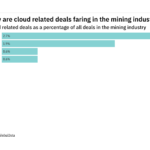 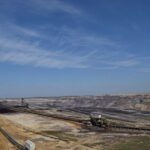 The decision comes as the firm looks to accelerate certain environmental objectives.

Vale intends to keep the mine for up to 24 months to attain the production target and showcase its long-term feasibility, stated the news agency.

Plans are also on to divest the project at once.

Siani added: “We made the second decision. For a number of reasons, we do not want to wait, Vale does not want to own coal assets anymore. So we are now selling a plan, not a reality, and then potential buyers will need to evaluate the asset’s capacity.”