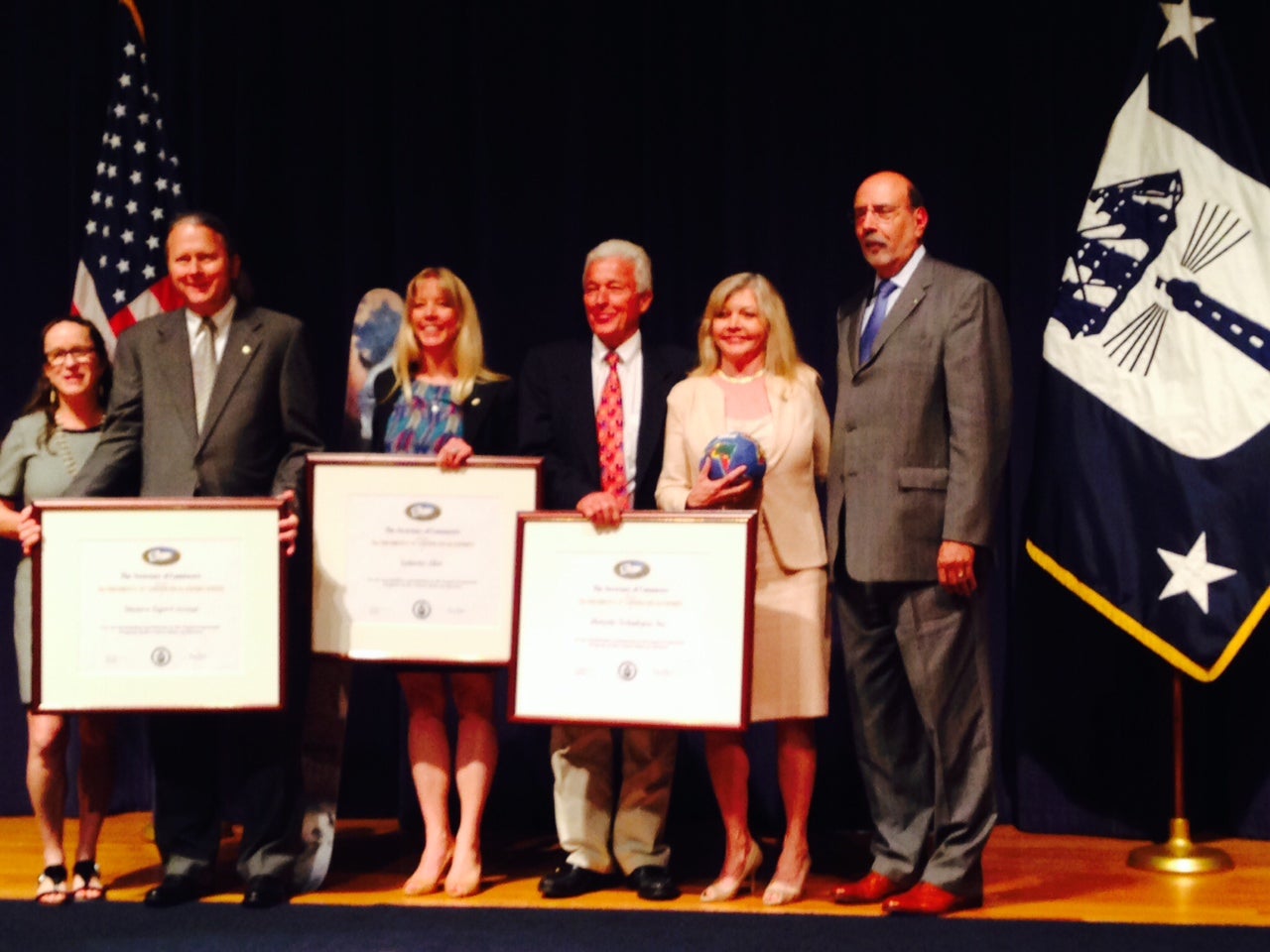 Secretary of Commerce Penny Pritzker today presented Shotcrete Technologies, Inc. with the President’s ‘E’ Award for Exports at a ceremony in Washington, DC. The ‘E’ Awards are the highest recognition any US entity may receive for making a significant contribution to the expansion of US exports.

Shotcrete Technologies, Inc. CEO Mary Jane Loevlie said: "Exporting, especially to developing countries, is a foundation of the company’s sales growth, and it is honoured to receive the ‘E’ Award."

In this challenging international environment, Shotcrete Technologies, Inc. is a small company able to compete with the large multinationals due to its nimbleness in the marketplace and ability to ‘customise’ for each application.

In the early 90s, exports made up less than 15% of the company’s sales, but due to international demand for quality and service, its exports have grown dramatically to nearly 50% of the total revenues. Shotcrete’s manufacturing and technical training enable several US businesses and contractors to thrive.

US exports of goods and services hit an all-time record of $2.3tn in 2013. Nationally, jobs supported by exports reached more than 11 million last year; up 1.6 million since 2009. Launched earlier this month, NEI/Next, a new phase of President Obama’s National Export Initiative, works to boost economic growth and support additional American jobs by assisting more US companies of all sizes in exporting to more markets across the world.

President Kennedy revived the World War II ‘E’ symbol of excellence to honour and provide recognition to America’s exporters. The ‘E’ Award Programme was established by Executive Order 10978 on December 5, 1961. Four years of successive export growth and an applicant’s demonstration of an innovative international marketing plan that led to the increase in exports is a significant factor in making the award.

US companies are nominated for the ‘E’ Award for Exports through the Department of Commerce’s US and Foreign Commercial Service office network, located within the Department’s International Trade Administration, which has offices in 108 US cities and more than 70 countries to help US exporters.

A total of 66 US companies were presented with the President’s ‘E’ Award this year.

Shotcrete Technologies at the 2014 SME Exhibition

Shotcrete Technologies will be exhibiting its latest products at the SME 2014 show, 23 to...

In July 2012, Shotcrete Technologies was contacted by Michigan Engineers of Mumbai, India to provide...