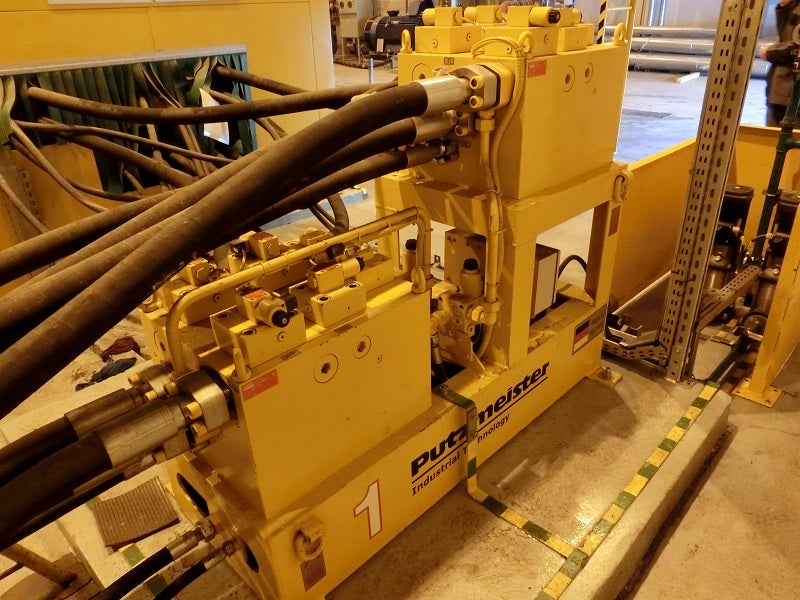 The Belchatow power station in the Polish province of Łódź has a capacity of 5,420MW, making it Europe’s largest brown coal power station. It is considered the third largest coal power station in the world. Some 28TWh of electrical energy, equivalent to around 20% of Poland’s entire power requirement, are produced every year. The operator is PGE GieK, a company of the PGE Group, Poland’s largest energy supplier. PGE produces electricity and thermal energy, primarily for the central and western parts of the country. Most of this energy comes from fossil fuels, but some also comes from renewable resources.

As it combusts coal, this colossal power station produces an enormous amount of flue ash. However, the construction materials industry has only a few customers for this product. The flue ash from brown coal combustion is lower grade than that from hard coal. The vast majority, therefore, is landfilled or used as backfilling material. If the landfill site is full, it is re-cultivated at a later time.

In terms of reliability, Putzmeister is the number one choice

The landfill site for the ash slurry is around 8km away from the power station unit itself. The former system with centrifugal pumps was overburdened by both the volume and also the long pumping distance. The wear rate increased drastically. Failure of the pumps, and hence removal of the flue ash, would effectively cause the power station to shut down. The consequences do not even bear thinking about.

The reliability of the pump system, then, is paramount. That’s where Putzmeister came in. In 2013, a total of six HSP 25150 HP seat valve pumps featuring the Putzmeister PCF system, each driven by a 800kW hydraulic unit, were installed for transporting the flue ash of the entire power station. Currently, there are three pump lines in operation and three on stand-by. Some 600m³ of flue ash slurry are pumped every hour.

Since Putzmeister pumps are capable of conveying much dryer material, the water consumption is considerably less. The HSP pumps manage a 1:1 mixture of flue ash and water, relative to weight. The old centrifugal pumps required a mixture of 1:10!

Previously, the 420 tonnes of flue ash accumulating per hour had to be mixed with 4,200 tonnes of water. Today, only 10% of this water quantity is required and so the volume flow rate is drastically reduced. As a result, the power consumption is around half as much as that required for the old pump variant. At around 8,000 hours of continuous operation an year, this is no mean amount.
For around two years now, the Putzmeister pumps have operated reliably 24 hours a day, 7 days a week. They are equipped with high-performance Duro 26 components. Their service life has doubled from the original design of 2,000 hours to a genuine 4,000 hours. This significantly reduces maintenance costs compared to conventional wearing parts and improves the availability of the plant as a whole.

Pressure fluctuations in the material optimally mastered with PCF

Six individual DN 200 PN 100 delivery lines (max. 100 bar), each 8km-long, lead from the pumps to the landfill site. Each pump can be connected to each of the pipelines via a coupling station – a kind of ‘shunting yard’.

Pressures may vary in the delivery lines, since the flue ash itself has different compositions, depending on the seam from which the coal comes. In order to protect the long pipelines from wear, PCF controls are installed at the Putzmeister pumps. The so-called Putzmeister Constant Flow control reduces the pressure differences that occur during the pumping switchover process and creates a more consistent flow in the pipeline. This is extremely important, since the long conveyor line could experience vibrations if the pressure were to vary constantly. In this case, the pipeline would be at risk of blocking and even breaking.

The plan is to expand the power station in 2016 by a new modern unit with a capacity of approximately 800MW. This is to have two further identical pump lines for transporting the flue ash.