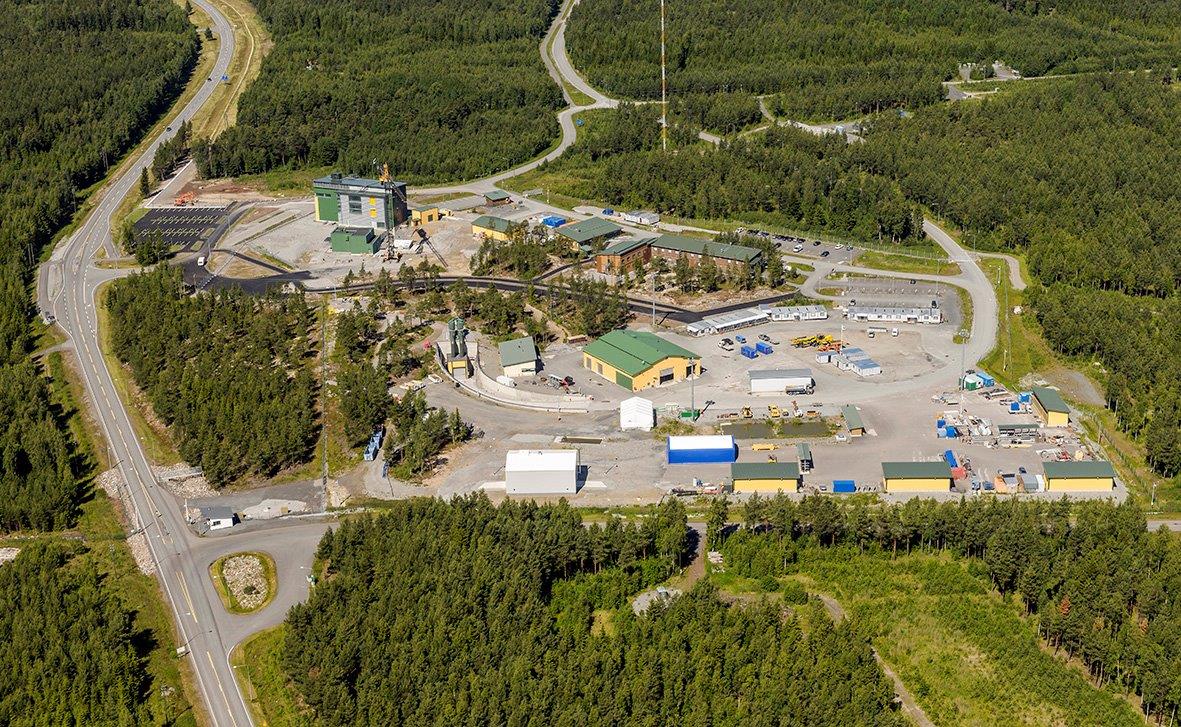 Finland has licensed the construction of a final disposal facility, the first country to do so, on the Finnish island of Olkiluoto. The repository will require 100 years of geological management and construction, upon which it will be sealed, and the long-term safety of the storage will be assessed up to a time period of one million years.

ARANZ Geo CEO Shaun Maloney says: "We’re actively involved in understanding and managing some of the biggest environmental challenges facing humanity and the planet. This world first project for deep geological nuclear disposal over almost unfathomable timescales requires total confidence in the geological understanding, which is critical for both effective management and regulation of radioactive waste."

Olkiluoto, Finland – leading the way with a final disposal facility

Posiva’s first challenge is to create deep burial disposal caverns for spent nuclear fuel from nuclear power plants Teollisuuden Voima and Fortum Power and Heat, which co-own Posiva. Each stage of the project will be closely monitored by Finland’s nuclear regulatory authority, STUK.

Spent nuclear fuel will be packed in approximately 5m long copper canisters and embedded in crystalline Olkiluoto bedrock, away from faults and fractures and locations of high groundwater flow, at a depth of 400m-450m. Eventually around 35km of bedrock tunnels will contain over 3,000 canisters each holding two tonnes of spent fuel. This will ensure radionuclides are not returned to the biosphere and can eventually decay into non-radioactive elements to safeguard the environment and future generations.

Posiva has licensed ARANZ Geo’s Leapfrog® 3D geological modelling software to enable geologists to model geology at the nuclear repository site, for example, fractures and faults which could be possible pathways for waste or contaminant migration or might host displacements in the future.

Posiva’s Research Manager, structural geologist Dr Jussi Mattila says: "Such a complex project requires us to build geological understanding based on the latest information, in a very transparent way and share this across all project stakeholders. Leapfrog allows our geology team to handle numerous inputs of disparate data types, and comprehend the impact in dynamic 3D models to gain an accurate picture of the geology.

Final disposal facility of spent nuclear fuel is tightly regulated internationally to safeguard people and the environment from harmful pollution due to its uranium and plutonium content.

Posiva hopes to gain regulatory approval from Finland’s Radiation and Nuclear Safety Authority (STUK) to start operating the repository and disposal of nuclear waste, into bedrock tunnels that will be excavated for a century, in the early 2020s.

Dr Mattila says, "Such a significant environmental infrastructure project is subject to close scrutiny and monitoring. We need to keep regulators accurately informed of progress prior to proceeding to excavation. Leapfrog’s geological models provide powerful 3D visualisation and Leapfrog Central further allows us to store and disseminate model updates in an unprecedented way and also to look at how our models have evolved with time.

"Capturing the process of building geological 3D models from constantly accumulating data from step-wise construction of the facilities, further increases transparency and repeatability."

449 nuclear power plants in over 30 countries are now generating more than 10% of the world’s electricity production. Finland is leading the way with their project for a high level geological repository, while other countries are accumulating material to warrant a largescale repository project.

Countries such as Sweden and France, are likely to be the next to progress long term storage projects according to global experts. Other countries, such as the US, attempting to develop long term storage solutions have stalled with political delays and protracted litigation, and therefore have yet to address the problem.

Maloney says: "Safe final disposal of radioactive waste fuel is a global challenge. Commercial nuclear energy has been generated for over half a century, and the total global inventory of spent uranium being stored in short-term facilities is estimated at around 266,000t."

Spent fuel reduces in temperature to less than 100°C in 30-50 years, at which point it is ready for encapsulation and indefinite storage or permanent disposal underground.

"Our technology can readily tackle the magnitude and complexity of geological modelling to identify and manage geology that is suitable for long-term storage. This geological understanding can also be shared with all stakeholders to ensure the confidence in decision making required for the excavations to continue for a century," he says.

Taking on other global environmental and energy challenges

Maloney says: "We’re taking on dozens of challenging projects in over 30 countries from our global headquarters in New Zealand, and 13 other offices around the world; that’s what gets our 184 people out of bed every morning."

Seequent, a developer of revolutionary visual data science software and IMDEX, a global leader in...

ARANZ Geo is extending its global influence into new areas to contribute geological understanding to...