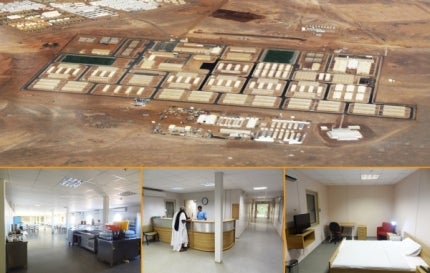 DORCE provides EPC services for clients in sectors such as:

DORCE is known for its ability to quickly mobilize and operate in harsh and extreme conditions. It owns one of the largest prefabricated steel structure manufacturing facilities in the world. The 100,000m² manufacturing facility, located in Ankara, Turkey, has the capacity to manufacture:

DORCE has provided EPC services for major mining projects around the world, including:

Services provided by DORCE include:

Emergency accommodation units have been a solution for the sheltering problem after the earthquake which killed so many people and caused huge damages in Van, Turkey.

Dorce Prefabricated Building and Construction Industry, Trade Inc, participated in Iraq Oil and Gas EPC Projects Conference 2012, held in Istanbul between 16 and 17 April, as a sponsor, in order to demonstrate its high attention on Iraq's development in construction, and especially on EPC projects.

The Çöpler open-pit gold mine in Turkey is being expanded to introduce pressure oxidation method to produce gold from the refractory sulphide ore.