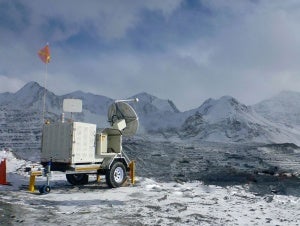 Reutech Mining, a division of Reutech Radar Systems, a company based in Stellenbosch, South Africa, has recently expanded into the region known as the Commonwealth of Independent States (CIS). This region includes countries such as Russia, Kazakhstan, the Ukraine, Belarus, Poland and the surrounding countries.

This significant step has been supported by the appointment of a Moscow based company, the VIST Group, as official distribution and support partner in the CIS.

The VIST Group is a leader in the deployment of mine fleet management systems and control systems, with offices that provide various services including technical support across Russia, the Ukraine, Mongolia and Kazakhstan.

After extensive research and planning, Reutech Mining and the VIST Group both agreed on the mutually beneficial partnership. "We are very happy to announce this to friends and colleagues. We also feel that the VIST group suits our specific and highly demanding requirements of a regional partner perfectly and we would like to welcome the VIST Group into our global family," says Cala van der Westhuizen, marketing and sales manager of Reutech Mining.

Mr. Mikhael Makeev, business manager at the VIST Group, said, "The VIST Group believes we are more than capable to support the deployment of the movement and surveying radars (MSRs). We will also be managing all necessary licensing and provide excellent technical maintenance and support through our highly experienced engineers, who will be trained on the MSR project by Reutech Mining."

He added: "We are very excited to be joining Reutech Mining in their expansion into our part of the world and look forward to future successes achieved by our partnership. As the VIST Group, we are more than confident that with our assistance the business will prosper and grow in Russia and the rest of the CIS."

Reutech Mining has also announced the first deployment of a MSR in this region, adding to the 20 countries where MSRs have already been deployed. The MSR 300, a product in the MSR range, has been deployed at the Kumtor Gold Company Mine in the Kyrgyz Republic. This is one of the highest MSRs deployed in the world at a staggering altitude of 4,500m. The system has been operating uninterruptedly on the site for the past three months.

The Reutech Mining family got together recently to celebrate the birth of the 100th MSR.With...