Drillcon’s drilling services consist of surface and underground diamond core drilling, geophysical surveys and raise boring. Drillcon has around 45 drilling units, and drills around 300km of core drilling a year. The company’s drilling rigs range from lightweight units on rubber tracks to heavy-duty computer-controlled units with capacities of more than 2,000m.

Drillcon Core and Smoy’s main business is core drilling and geological services in Scandinavia. Drillcon Iberia is the operational base for raise boring in the group, in addition to providing core drilling services on the Iberian Peninsula.

Percussion drillings are usually performed to obtain soil or rock samples or for securing a rock surface. Samples are taken by:

Drillcon offers a range of technical surveys and services related to drilling, including:

Drillcon Iberia is the base for Drillcon’s raise boring operations. Drillcon introduced horizontal raise boring to the area in the early 1990s and has today performed more then 80,000m of raise boring.

The company currently has a fleet of ten raise borers with capacities ranging from 0.66m to 5m in diameter. Drillcon has worked throughout Europe, from Greenland to Greece, and has recently carried out projects in Turkey, Israel and Bulgaria. Clients range from hydro power utilities and mining companies, to wastewater authorities.

Drillcon´s Finnish subsidiary, Smoy, offers a large range of instruments and equipment for geophysical, geological and geotechnical services, including:

Drillcon Group is Europe’s leading company in diamond core drilling and a major raise boring contractor. Drillcon was established in 1963 and has been a public company since 2006, listed on Nasdaq OMX First North on the Stockholm Stock Exchange.

The company’s head office is located in Nora, Sweden. The Drillcon Group consists of the parent company with the following subsidiaries:

Drillcon delivers drilling and geoservices to firms in the mining industry, to help achieve cost-effective boring and technical solutions.

Drillcon delivers drilling and geoservices to firms in the mining industry, to help achieve cost-effective boring and technical solutions.

Located near Cloncurry in northwest Queensland, Australia, the Lorena gold project was acquired by Malachite Resources in 2010. 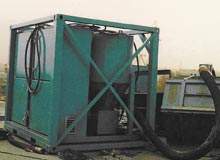 The Renard Diamond project is located in east-central Quebec, Canada, within the Foxtrot property. It was previously jointly owned by Stornoway Diamond and SOQUEM. 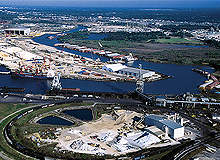 The Montagne d'Or gold mine is located in north-west French Guiana, approximately 180km west of its capital city, Cayenne. 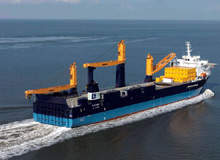 Greenland Minerals and Energy's (GMEL) flagship Kvanefjeld Rare Earth - Uranium Project is located within the municipality of Kujalleq, approximately 8km from the town of Narsaq, and 35km from Narsarsuaq, in southern Greenland.