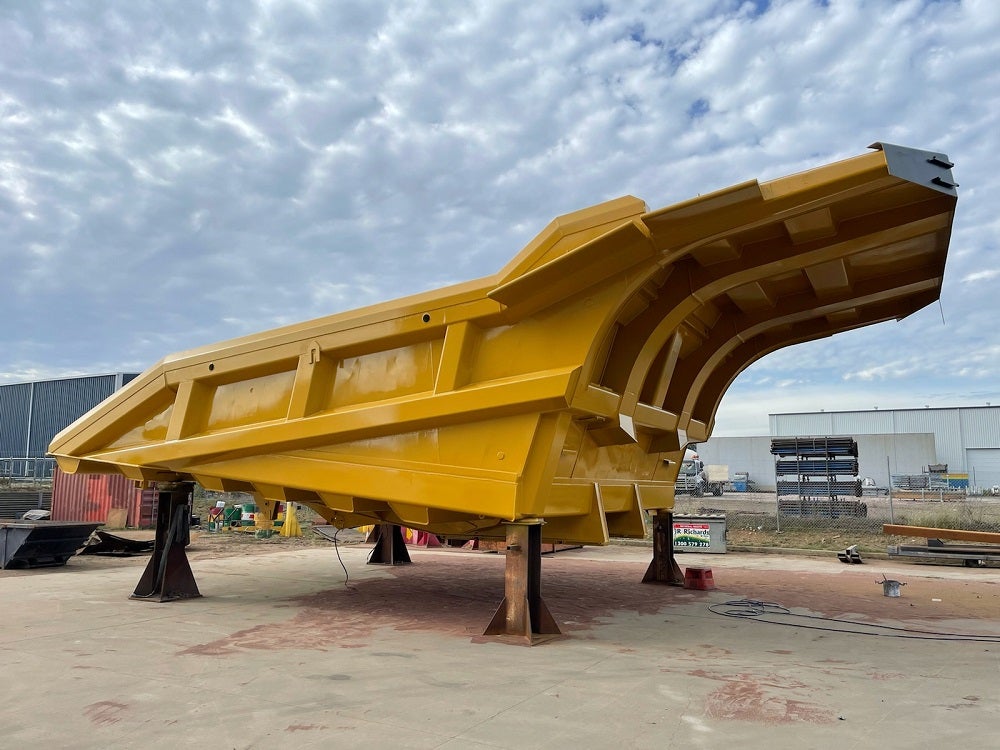 Isocyanates are chemicals found in high-performing coatings such as polyurethanes. Isocyanates have been commonly used as a catalyst for polyurethanes since 1952, however, the health risks associated with using isocyanates have only recently become clear.  These risks include allergic contact dermatitis, long-term respiratory illness, and skin and respiratory sensitization.

To help reduce the risk and or eliminate it altogether, non-isocyanate coatings were introduced.  Many companies are now using non-isocyanate coatings such as enamels, catalysed acrylics, modified epoxies or polysiloxanes to reduce worker harm, but these coatings can be brittle, and often have poor performance when exposed to harsh environments and climatic conditions.  With poor performance comes an early onset of decay and breakdown of the coating leading to premature failure and shortened lifecycle of the painted structure of the machine.  This premature failure exposes the substrate to corrosion attack and a decrease in its ability to perform as it should.

It is exactly these concerns that Vitrethane 650 Isocyanate Polyurethane is designed to address.

Vitrethane 650 is a fully functioning, premium-quality polyurethane coating that is able to cure with the aid of harmful isocyanates, making it a safe and more durable coating option.

Polyurethanes have superior performance to harsh conditions including UV and weather exposure, chemicals, salts, and sulfides.  Polyurethanes also show better impact and abrasion resistance and are more flexible compared to any other coatings.

Vitrethane 650 exhibits all these characteristics found in Polyurethane coatings.   By displaying the desired balance of chemical and mechanical properties such as flexibility, impact resistance, abrasion resistance, adhesion, surface hardness and surface toughness, Vitrethane 650 Isocyanate Free Polyurethanes can go above the surface requirements for a specific application withstand adverse effects or damages.

The benefits don’t stop at being safer and more durable than other isocyanate-free coatings.

Vitrethane 650 Isocyanate Free Polyurethanes are creating a pathway to a sustainable future for both the workplace and the environment. Vitrethane 650 has a very low odour which also helps to reduce the concentration of airborne contaminates, further reducing the impact on air quality.

Users of Vitrethane 650 Isocyanate Free coatings can expect the coating to function like any high-performing Polyurethane, from chemical and abrasion resistance, to weathering performance and flexibility all without endangering the workers’ health.