RUSSELL MINERAL EQUIPMENT (RME) is the global leader in the design, manufacture, supply and operation of Mill Relining Technologies and Services.

RME’s abiding focus for over 33 years has been to visibly, defensibly and sustainably improve customers’ concentrator performance through fast, reliable and safe relines.

RME MILL RELINING personnel are experts in relining and in the application of RME Mill Relining System Technologies.

THUNDERBOLT Moil Axis Guides (T-MAGs) are specifically developed for use with all THUNDERBOLT Recoilless Hammers. T-MAGs use a powerful switched magnet to adhere temporarily to the mill shell, eliminating the need for site personnel to be in the hammer strike zone.

RME INSIDEOUT Technology, THUNDERBOLT SKYWAY and RUSSELL Safety Products are the current result of over two years’ of dedicated R&D by RME’s Engineers and Technology Group.

The customer insights gathered from the R&D project have significantly expanded our technologies to provide safer mineral concentrator operations.

The RUSSELL Safety Product range has been introduced to reduce the risk of injury to relining personnel exposed to the hazards inside mills including confined spaces, suspended loads, uneven working surfaces, working at heights, poor communication and visibility and falling objects.

The method for increasing safety through RME Mechanised Relining Training, is to provide all Mill Relining crews, including RME crews and non-RME crews, with in-depth and comprehensive understanding of how to safely and competently participate in a mill reline. RME’s Mechanised Relining Training is currently deployed at RME’s Testing and Training Facility at RME’s Australian headquarters and on-site around the world.

This dedication to education empowers customers and their crews and is why RME is a leader in the servicing and operation of grinding mill relining technologies and services. 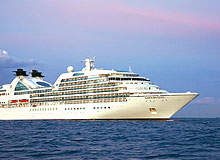 The Capricorn copper mine (formerly Mt Gordon and Gunpowder mines) is one of largest copper mining projects being undertaken in Australia.

The Arcadia lithium project located near Harare, Zimbabwe, is considered to be one of the world’s biggest hard rock lithium resources. 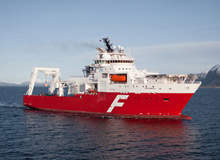 The Hasbrouck Gold-Silver Project is located in the northern portion of Esmeralda County, near the town of Tonopah in Nevada, US. The project is 75% owned by West Kirkland Mining (WKM) and 25% by Clover Nevada, a wholly-owned subsidiary of Waterton Precious Metals Fund II Cayman.