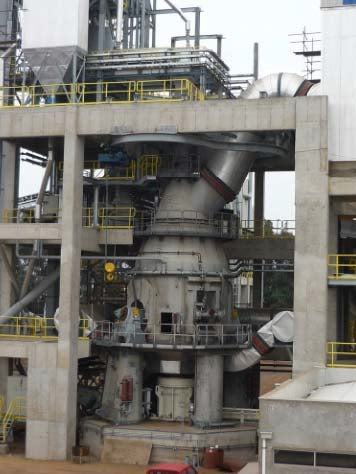 South Korean company Yojin Construction & Engineering Co. placed an order for two cement mills (cement / slag) with LOESCHE. The two highly modern and highly reliable vertical roller mills are to be used in the new clinker grinding plant of Yojin Myanmar Engineering Co. In Thilawa / Myanmar, where they are to produce respectively 75t/h clinker cement (OPC) with a fineness of 3,300Blaine.

With this current order, LOESCHE has now been able to place the first mills in the emerging cement market of Myanmar. In addition to the technological lead of the LOESCHE mills which, with their adjustable grinding pressure, provide for an optimal fine grinding with high throughput rates and an energetically favourable comminution, the customer’s positive experience with LOESCHE reference plants in Korea also proved to be decisive for the placement of the order.

The LOESCHE mills, planned to go into operation later this year in Myanmar, will be an integral part of the clinker grinding plant which the South Korean company Yojin erects within the new ‘Thilawa Special Economic Zone’, approximately one hour’s drive to the south-east of Yangon, the largest city in Myanmar. The plan for the future is to produce one million annual tons of cement at this location, which is to contribute towards serving the emerging cement market of the country.

With its 2,400ha, the Thilawa Special Economic Zone is one of the largest within the total of three Special Economic Zones in Myanmar. The current flagship project was initiated by the government of Myanmar. It is implemented in cooperation with the Japan International Co-operation Agency (JICA), a network of Japanese and locally resident companies, as well as 52 other investing industrial companies, a.o. from China, the US, Korea, Thailand, Vietnam and Australia.