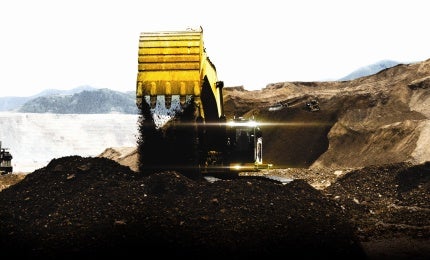 Autonomous haulage to improve productivity and safety at mine sites

Vehicle automation is one of the key innovations that leads to success for mining operations, but the significant investment in new robotic-enabled vehicles or retrofits of existing fleets can be prohibitively expensive.

ASI’s teleoperation solutions allow mining companies to validate the effectiveness of robotic technology on a small number of vehicles without major upfront investments.

Autonomous Solutions fits teleoperated dozers, excavators and haul trucks with vehicle robotics, which are controlled from a remote command station. One operator is able to control one vehicle with the assistance of joysticks, driver assistance software and cameras.

Teleoperation enables mining companies to ease into or test automation technologies, as well as improve safety by removing operators from potentially hazardous environments.

In April 2013, Bingham Canyon mine experienced a catastrophic landslide that poured nearly 165 million tonnes of debris down the side of the mine. The slide buried millions of dollars of equipment in the pit and stopped operations. In addition, the dangerous slope and unstable terrain made clean-up efforts difficult.

Representatives of Kennecott Utah Copper Company / Rio Tinto approached ASI to develop a remote control solution that would allow remediation to commence on the most dangerous areas. Excavators equipped with ASI remote control technology enabled Kennecott operators to spearhead the clean-up by moving millions of tonnes of material on the most dangerous slopes from a safe distance.

Mine managers must understand how changes made to improve short and long-term productivity affect the overall safety of both equipment and personnel.

ASI provides productivity-enhancing automation technologies that are specifically designed with a multi-tiered safety approach, including hardware, software and sensors. Each vehicle is equipped with:

Teleoperated or remote control equipment represents a cost-effective entry point into automation for mining companies; however, they do not provide the significant productivity gains mining companies require.

ASI’s mining clients can upgrade from their base remote control or teleoperated solutions to fully autonomous vehicles or haulage systems where significant economies of scale can be realised. This is accomplished through ASI’s universal robotic technology and client / server-based software system.

The same technology that is used for a remote control system is also used for fully autonomous vehicles, making upgrades both possible and cost-effective.

To learn more about how ASI’s autonomous mining technologies can benefit your organisation, please visit the company website or submit an enquiry form.