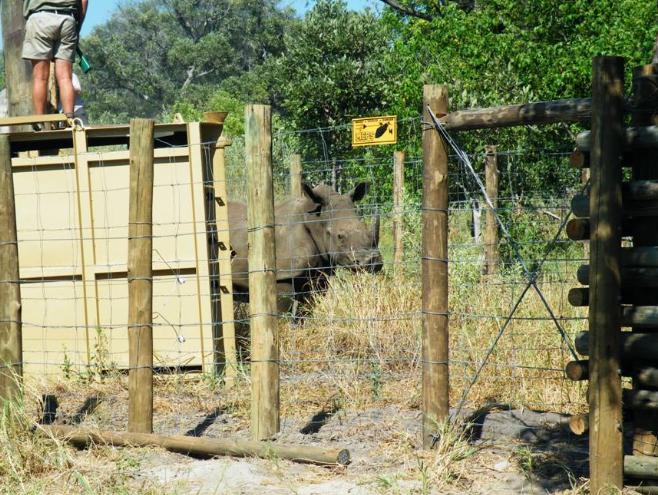 Robor recently donated 12t of steel and assisted in the re-drawing of steel boma designs to ensure the coordinators of the Rhinos Without Borders project could continue with their valiant efforts to preserve this endangered species. The project coordinators so far have facilitated the relocation of 31 rhinos, with further plans to move a total of 100.

Robor’s donation of steel will be used for the construction of mobile steel section bomas that can be moved from one release site to another across reserves. The ability to do this greatly reduces the conflict associated with releasing many rhino from the same boma, and therefore significantly improves the success of the rhino project.

The fabrication of the mobile bomas has started and the engineering works is hoping to complete the full 51 steel sections by the end of November 2016, at which stage an official handover of the ‘Robor Rhino Bomas’ to the Botswana Wildlife Department is planned to take place.

Robor is truly honoured to have been able to assist in this very worthy project and we sincerely hope that our role in this journey will go a long way toward the preservation of the rhino species.