While some critical metals are affected by supply chain issues caused by geographical or political factors, the one characteristic that links all the critical metals and minerals together is a perceived risk of demand exceeding supply.

Training personnel to use machinery such shotcrete sprayers can be tricky. Ultimately, we need to find a way to provide efficient, realistic training without putting people in danger or risking damage to expensive machinery. Normet offers the solutions with its virtual reality sprayed concrete training. This advanced software does more than mimic the application, it calculates everything that comes through the nozzle, with real adjustable properties and behaviour of sprayed concrete mix. This whitepaper explains how this impressive technology works and how you can utilise it to get your workers ready for the field.
by Normet
Thank you.Please check your email to download the Whitepaper.

The demand for several critical transition metals is forecast to skyrocket over 30 years. According to the IEA, to meet the Paris Agreement goals, demand will rise over the next 20 years)by more than 40% for copper and rare earth elements, 60-70% for nickel and cobalt, and more than 89% for lithium.

The increased demand places further pressure on terrestrial mining to secure that primary supply keeps up with demand. The World Bank has projected a rise in production of 965% for lithium, 585% for cobalt, 383% for graphite, 241% for indium and 173% for vanadium by 2050.

However, given that metals are particularly durable and recyclable, the opportunity exists to recycle and repurpose them from products at the end of their operating life cycle, relieving significant pressure from the terrestrial supply. 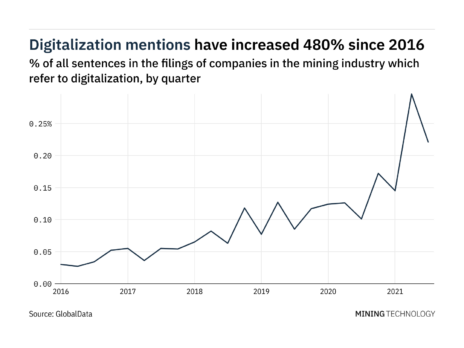 A major barrier to the upscaling of recycling and repurposing has been the lack of profit tied to the practice. However, the boom of Electric Vehicles (EVs) has made process of reclaiming lithium, cobalt, manganese and nickel, along with other valued materials like copper, aluminium and graphite, from spent lithium-ion batteries profitable.

As a result, recycling has become a profit-making business. It is expected to become a critical part of the supply chain as we transition towards a low carbon economy. The report reducing new mining for electric vehicle battery metals has gone as far as to say that recycling can reduce primary demand compared to total demand of lithium by 25%, cobalt and nickel by 35%, and copper by 55% in 2040.

A typical EV lithium-ion battery pack can provide power for a distance between 200,000km and 250,000km. After the battery loses 20% of its initial capacity, it becomes unfit for use within the vehicle, affecting its acceleration, range and regeneration capabilities.

Rather than discarding these batteries, spent batteries can be recycled to obtain the raw metals or repurposed for stationary energy storage, such as utility-scale grid, building and telecommunication tower storage.

Compared to EVs, stationary storage demands a much lower current density from the battery. This allows batteries that retain between 80-85% of their capacity to be collected and re-assembled in new repurposed battery packs.

Upscaling the repurposing of EV batteries into stationary storage units would fulfil the key “refurbish, reuse, recycle” circular economy principle. Volumes of batteries from such systems will start coming onto the market from the middle of this decade that will ensure the sustainability of the industry from both an economic and environmental perspective.

Recycling will open a stream of repurposing and reuse that will significantly reduce the pressure on mining firms to produce unsustainable levels of metal and minerals.

So far, the recycling process has been heavily curtailed by profitability. However, as the automotive industry continues its shift to EVs, recycling’s applicability increases significantly. For example, the profit associated with recycling a Tesla Model 3 b EV could be as much as $1,691, demonstrating the potential profitability of newer EVs.

Developments such as manufacturing on a large scale, the lowering of component prices, and the adoption of technologies to boost battery capacity have begun to lead to a steady decline in prices, resulting in a greater market share.

Subsequently, the number of EV batteries at the end of their life (EOL) cycle by 2030 is expected to increase significantly. In the US, an estimated 526,000 EV batteries are estimated to reach EOL by 2025, increasing to over one million by 2030.

Another advancement that will support the recycling of battery metals is improvements in the efficiency of the leaching process where the metals are separated from the battery. Recently there has been a discovery of a green, and economically viable process for recycling entire spent batteries to battery-grade metals ready for manufacturing new LFP batteries.

This will open a new supply of LFP batteries into the market. As a result, by 2025, about 75% of spent EV batteries will be reused in second-life solutions, after which they will be recycled to recover all the valued components. Subsequently, the global lithium-ion battery recycling market is projected to grow from $4.6bn in 2021 to $22.8bn by 2030.

Although many markets, such as the United States and Australia, have developed or are developing policy and regulatory instruments to encourage the recycling, reuse or refurbishment of consumer electronics and industrial batteries, most markets do not have coordinated policy frameworks targeted specifically for electric vehicle batteries.

However, this is changing rapidly. New regulation in China now holds EV manufacturers responsible for batteries, requiring them to set up recycling channels and service outlets where old batteries can be collected, stored and transferred to recycling companies.

Driven by the rapidly growing uptake of lithium-ion batteries, recycling companies are rapidly expanding their facilities, and new companies are entering the market. According to Hans Eric Melin, the founder of Circular Energy Storage Consulting, “recycled lithium will reach 9% of total lithium battery supply in 2025 and that of cobalt almost 20 % of the demand, with 66% of lithium-ion batteries being recycled in China”.

China will subsequently dominate the recycling market due to its mature and large reuse and refurbishment sector for portable electronics, benefiting from the manufacturing network’s proximity.

Recycling has significant long-term potential, but doubts remain about its potential scale-up over the next 10 years. Wood Mackenzie has stated that despite success in upscaling EV options, lithium-ion battery recycling is not expected to take off before 2030.

“Underneath the surface of this electric future lies a relatively young supply chain struggling to keep up,” said analyst Mac Reid. The lithium-ion battery demand market can fluctuate over months and expand upstream and midstream to produce battery materials involves lead times of several years.

The analysts also note the complexity of EV battery recycling. EV packs are very complex to disassemble into individual cells, so recyclers are left to discharge packs in conductive baths before mechanically shredding them into a mix of constituent materials.

Lastly, the lack of recyclable feedstock is a major barrier. Despite EV manufacturing expecting to boom before 2030, the extent of EOL batteries available for recycling will remain limited for two main reasons: EV penetration at the beginning of the decade is much lower than at the end, and EVs have an increasingly long lifespan reaching up to 15 years.

As a result, despite the potential for growth in the short term, it is in the longer term that the dividends of recycling will come to pass.

Training personnel to use machinery such shotcrete sprayers can be tricky. Ultimately, we need to find a way to provide efficient, realistic training without putting people in danger or risking damage to expensive machinery. Normet offers the solutions with its virtual reality sprayed concrete training. This advanced software does more than mimic the application, it calculates everything that comes through the nozzle, with real adjustable properties and behaviour of sprayed concrete mix. This whitepaper explains how this impressive technology works and how you can utilise it to get your workers ready for the field.
by Normet
Thank you.Please check your email to download the Whitepaper.