The UK is set to send additional troops to Estonia, amid fears that the Russian military build-up near Ukraine’s border may trigger a wider conflict in Europe.

The move comes as British Defence Secretary Ben Wallace is in Brussels to discuss the Ukraine crisis with Nato allies.

According to the UK Ministry of Defence statement, the UK will double the size of its personnel in Estonia. It will also send additional military equipment, such as tanks and armoured fighting vehicles, to the country.

The process to move troops and materiel to Estonia has already started.

Ukraine Crisis
13 trillion reasons: the new issue of MINE is out now 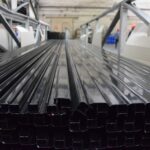 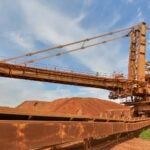 The Royal Welsh battlegroup is expected to start arriving in Estonia during the upcoming week from Sennelager, in Germany, and its bases in the UK.

Apache helicopters will also be sent to participate in military exercises with allies and other partners, in Eastern Europe.

An additional 1,000 British personnel have been kept on alert to support humanitarian causes, if required.

Secretary Wallace said: “Alongside our Nato allies, we are deploying troops and assets on land, sea, and air to bolster European defences in response to the build-up of Russian military forces on the border of Ukraine.

“Nato and our allies have been clear that an invasion of Ukraine will be met with severe consequences.

“De-escalation and diplomacy remain the only path out of this situation.”

The UK has also recently supplied Ukraine with military equipment including light, anti-armour and defensive weapon systems, among others.

A German contingent of 130 soldiers and 60 vehicles has reached Lithuania, as part of planned reinforcements for the Nato battlegroup.

Germany has also deployed Eurofighters at a military air base, in eastern Romania, as part of the deployment, reported Reuters.