Expand
The Zinkgruvan mine is located near Akersund on Lake Vattern in central Sweden.
Using new Svedala RCS flotation cells has expanded concentrator capacity at Zinkgruvan.
The Zinkgruvan mine, 240km west of Stockholm, has been in operation since 1857.
A drilling jumbo underground at Zinkgruvan.
Zinkgruvan’s first Kiruna Electric truck was this K1050E with 50t payload.
In 1995, Zinkgruvan acquired a smaller Kiruna Electric truck, the K635E, for the deepest part of the mine.
Both the K1050E and the later K635E haul ore from mining areas below the main haulage level to the underground crusher.

Exploiting a zinc-lead-silver orebody near Åkersund on Sweden’s Lake Vättern, Zinkgruvan started underground mining in 1857. In the early 1990s, new technology and careful management cut mining and milling costs by about 50%, converting a high-cost operation to the sixth-lowest-cost zinc producer in the Western world by 1993.

Zinkgruvan has always been foreign-owned. Australian-based North Ltd purchased Ammeberg Mining from Belgium’s Union Minière in January 1996, changing the Swedish entity’s name to Zinkgruvan Mining AB in 1997. North made substantial investments prior to being acquired by Rio Tinto in 2000.

“The mine exploits a 5km-long, east-west aligned tabular deposit bounded at each end by sub-vertical faults.”

In 2004, Rio Tinto sold the operation to South Atlantic Ventures for $101m, the company later changing its name to Lundin Mining Corp. The following year, Lundin reviewed the operation using the latest tools to optimise production and facilitate long-term planning.

On 1 November 2006, Lundin merged with Eurozinc Mining Corp. under the existing Lundin name.

The mine exploits a 5km-long, east-west aligned tabular deposit bounded at each end by sub-vertical faults. Sheet-like orebodies occur in a zone ranging from 2.0–2.5m-thick within an area of precambrian intrusive activity. Faulting divides the deposit into the eastern Nygruvan orebody and the western Burkland and Knalla mining areas.

While some cut-and-fill mining is used, the operation mainly uses single-lift bench and multiple-lift open stoping, the open stopes being paste backfilled. There is a 1.4km-long horizontal rail haulage to the underground crusher and main hoisting shaft at a depth of 800m, while ore mined below this level is hauled to the crusher up ramps by three trolley electric trucks.

Drilling and almost all charging, scaling and rock bolting are mechanised, with electro-hydraulic production drilling now automated. Ore is hauled from the stopes by LHDs. Kiruna Electric truck transport was introduced in 1989 and was boosted in 1995. Diesel trucks have been added, and the Swedish mining contractor, Bergteamet, has added new equipment.

The concentrator was built in 1977 and capacity was later increased from 600,000 to 750,000t/y. Autogenous and ball mills liberate galena and sphalerite minerals, which are extracted by a rougher-scavenger flotation followed by pebble regrinding and cleaning. This bulk concentrate is separated into 74–78% lead and 55–58% zinc concentrates, the lead being cleaned in the fourth line of cells.

The concentrates are dewatered by Larox and Svedala pressure filters and trucked 100km to a port on Lake Vänern for shipping by bulk carriers to customers in Europe.

Typically, all of Zinkgruvan’s output is sold on long-term contracts. However, in late 2004, Lundin Mining sold all of the mine’s future silver production to Silver Wheaton Corp. for an up-front payment of $50m in cash plus shares and options as a means of raising funding for its other development interests.

In order to improve copper production and enhance the flexibility of zinc mining, Lundin began the expansion of Zinkgruvan in 2007. The deposit is expected to increase production from 900,000t to 12Mtpa. First production of copper in concentrate is scheduled for the second quarter of 2010. At peak capacity, annual production will reach 7,200t in concentrate for a minimum of 12 years.

The construction stage of the project includes a ramp decline to a depth of 350m from the surface, installation of an exclusive underground ore bin and crusher infrastructure system for the copper ore. A copper processing line will be set up in the mill.

The estimated cost of the project is $37m out of which nearly $22m will be needed to meet the initial production of copper. 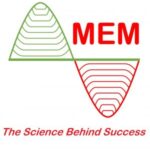 Alimak Hek
Wherever an elevator for inspection, emergency, or interlevel hoisting is...